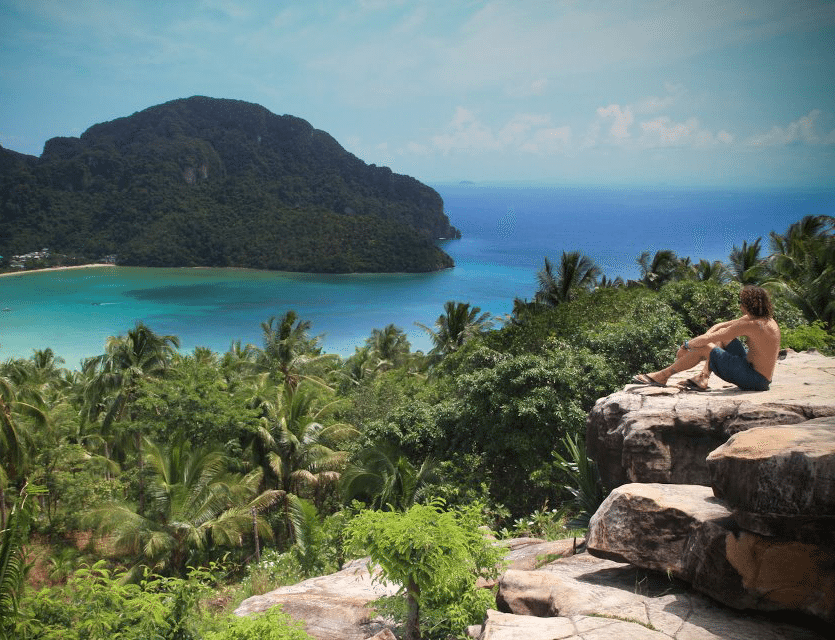 The Truth About Being A Solo Backpacker

I’ve pretty much done all my backpacker travel solo, or at least started out travelling solo – it’s not something that phases me and I’m totally stoked to spend time on that road that way.

But it’s something that has a bit of a stigma attached to it though, something that people use to label themselves as (especially when it comes to female travel bloggers – something which personally really annoys me!) and it still surprises me when people say “so you’re travelling alone”?

I’ve travelled alone, as a couple and with friends – but solo is by far my preferred option.

So I thought I’d share my thoughts on travelling alone (if you can really call it that) and make a big fuss about it for once, simply to assure you that it’s nothing to be afraid of and that it’s something every backpacker should experience.

The first thing I need to tell you about so called solo travel is that you’re hardly ever alone!

That’s the great thing about backpacking – it’s a social thing to do.

No matter where in the world I’ve been it’s never been an issue to meet new people – hell I even met a guy on my first flight to Australia and ended up travelling with him for 2 months!

I took a 3 week trip to Thailand before I started my current adventure and literally spent no more than 45mins without someone to talk too during the who thing.

Unless you really can’t talk to strangers or you put yourself across as cold, boring or super weird making new friends on the road is no worries at all, and more often than not you’ll join these new faces to explore with – whether that’s on a day trip or making your way around an entire country or continent you’ll never be short of friendly faces.

And the people you spend time travelling with will more often than not become some of your greatest and closest friends – travelling is a very intense and unique thing to share.

Check out this post if you’re worried about meeting people when travelling solo for some tips!

[Tweet “”The first thing I need to tell you about so called solo travel is that you’re hardly ever alone!””]

…even with that said though its only natural to feel homesick or alone at some points. You’ll even get that if you travel with a group of people you know really well.

It’s happened to me on the odd occasion (admittedly not often in recent times) but it does happen.

The trick is to pick yourself off and not wallow in self pity – go out, sit in the beach, soak up the amazing sights and smells that surround you and appreciated the amazing journey you’re on. It’ll pass eventually and you’ll wonder why you ever managed to feel that way!

One of the great things about travelling alone is that fact you don’t have to answer to anyone.

Randomly find a flight that leaves the next day?! Book it!

Bored of your current hostel or location? Leave!

I think that’s been one of the greatest aspects for me – I’m sure you’re all aware of how much my travel plans change but it’s been great to be able to take opportunities and not worry about anyone else.

If I’d been travelling with a girlfriend or friend I’m sure I’d never have been able to do half the things I’ve done over the last year becuase of clashes of budget, jobs or interests.

I’ve spent the last few years lazing on beaches, surfing as much as I can and bouncing all over the globe and I’ve enjoyed every moment of it!

I wake up everyday and the only thing I have to ask myself is what do I want to do today? I then simply go and do it!

It probably sounds pretty selfish but hey – I’ve worked and saved hard to get where I am….It’s my holiday at the end of it!

[Tweet “”One of the great things about travelling alone is that fact you don’t have to answer to anyone.””]

Being ‘on your own’ whilst backpacking is also a great test of yourself. I don’t have people I can rely on to make my trip amazing, I have to motivate myself and make sure I make the most of everywhere I go.

I’ve grown heaps as a person and it’s helped me gain so many life skills – from budgeting to people skills, simply because if I don’t take control of a situation or adapt I wouldn’t be able to keep living the dream.

No one is there holding my hand and doing everything for me, I’ve got myself here and that give me such a great sense of achievement. I’ve earnt the money, I’ve planned the trip, I’m living the dream…what more could you ask for?!

That’s something you might not get as much travelling as a couple or with friends but it’s one of the best things you could gain as a backpacker so it’s important to throw yourself into the deep end sometimes – sink or swim as they say!

And there you have it, a bit of an opener on how I view life as a solo traveller and why I personal prefer to travel this way. Sure I have friends or the girl join me from time to time – but I’m just as happy to make my own way in the world.

Have you ever travelled solo? How do you find it, or is something holding you back?