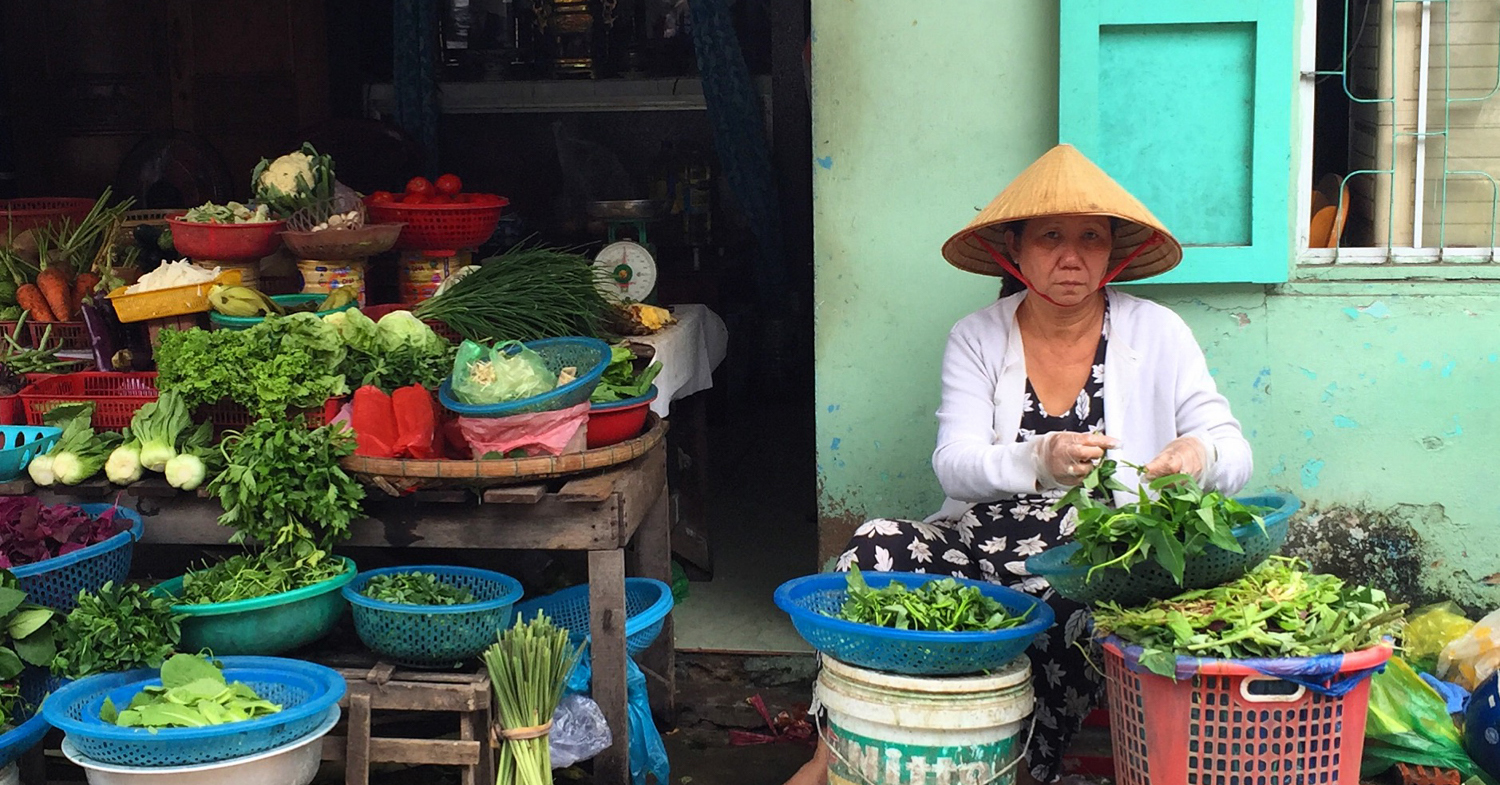 Looking for where to explore in Vietnam, what activities to do and which hostels to stay at? My mini guide covers all my stops in this amazing country.

Vietnam has been a country I’ve wanted to travel around for a long time and given the amount of time I’ve spent in South East Asia I still have no clue why I’ve only just now got around to exploring it.

Having spent 3 weeks travelling from Ho Chi Min City up to Hanoi I have one clear thought on Vietnam – why didn’t I get there sooner?!

If you’re looking at travelling around Vietnam anytime soon here’s my mini guide to the spots I explored in Vietnam, things I got up to and places I stayed at. Admittedly I didn’t cover everything – but I’ve asked a few trusted travel buddies to fill in some of the gaps to help you out.

[Tweet “”I have one clear thought on Vietnam – why didn’t I get there sooner?!””]

Ho Chi Min City – aka Saigon – was my first stop in Vietnam and to be honest it gave a pretty awesome first impression of the country. It’s a big, bustling city that is insanely rammed full of mopeds (seriously crossing the street there is an experience in itself!) but I enjoyed the few days I spent exploring there.

Like every major city there is heaps to see and do including the famous night markets, some awesome temples and the Vietnan War Museum – which is a rather morbid, but an important place to check out and get up to speed on the darker side of Vietnamese history and how it’s still affecting the country today.

I stayed at Galaxy Capsule Hostel in the Pham Ngu Lao area (which is the main spot full of restaurants, bars and hostels) but it’s the ideal base to wander around the city.

Having spent a few weeks more inland whilst in Cambodia I was pretty keen to head to the coast, so we bounced from Ho Chi Min to the beachside town of Mui Ne.

It’s a way more chilled vibe and although there isn’t crazy amounts to do in the town itself there are plenty of places to eat after a relaxing day on the beach or by the pool.

The highlight in Mui Ne was the day trip I did to the Fairy River and Sand Dunes – some surreal landscapes that I really wasn’t expecting to find in Vietnam and a steal at just $6!

The sunset over the Red Dunes was gorgeous and the perfect way to end the day.

Oh and if you kite surf (or want to learn) Mui Ne is a must!

My base for Mui Ne Was Mui Ne Backpackers Resort which was clean, comfortable and had a pool. I wouldn’t advise eating at the in-house restaurant though – it was overpriced and not good quality – there are plenty of smaller spots, including on the walk to the main road, that offer better value and taste.

I had no idea what to expect when I headed to Dalat – I’d read nothing about it and went simply due to some recommendations from fellow travellers.

This mountain top town turned out to be one of the highlights of my trip and was a world away from the big tourist hustle and bustle of many stops in Vietnam – plus it was a lot cooler temperature wise too, a welcome change from the humid heat most of Asia was serving up that time of year!

There are some awesome day trips to be done here too – including Canyoning where you can face your fear of heights and abseil down waterfalls which is heaps of fun, check out Viet Challenge for that.

When it comes to a place to stay the Dalat Family Hostel is a pretty unique hostel as far as hostels go – hugs on arrival, huge communal meals and an amazing vibe – in fact it made it onto my list of favourite hostels worldwide!

Also there’s a bar called Crazy House (also nicknamed the Crazy Cafe) in town, which you have to go and grab a beer at – I wont explain why but don’t turn up too drunk!

This quaint little town got under my skin so much that I extended my stay here!

I originally flew in to make the floating lantern festival (since I was missing Yi Ping festival in Thailand) but a few days just  wasn’t enough!

Wandering around the old town is a photographers dream and at night the banks of the river are lit up with colourful lanterns – it’s a pretty romantic place!

The big draw of Hoi An though is the tailoring, it’s probably the most famous spot in South East Asia to get custom suits, dresses and clothing made so budget accordingly!

A tailored suit set me back $100USD and Erin stocked up on about 11 dresses ranging from about $20-40 each depending on fabrics and cuts.

Bargain hard and shop around!

Hoi An served also up some of my favourite food in Vietnam too – including bahn mi (a spicy sandwich traditionally served as a breakfast) from Madam Khanh The Bahn Mi Queen, heaps of snacks from street vendors around the city and some mouthwatering vegetarian goodness at Minh Hien Restaurant.

I opted to grab a bit more comfort in Hoi An and treated myself to a hotel called Long Life Hotel – a short walk from pretty much everywhere and it came with a pool and A/C…it was about $20USD for a double room but sometimes you have to treat yourself!

I’ll throw it out there, I wasn’t a huge fan of Hanoi – it was a massively busy city and after some amazing experiences in Hoi An and Dalat it was never really going to measure up!

To be honest though I didn’t explore much of it and it was easy enough to find places to eat and drink – for me it was more of a base for my Halong Bay tour than anything else.

I stayed at two different hostels here – Hanoi Rocks and Vietnam Backpackers. They’re only a few streets away from each other and pretty similar in style too, with bustling bars, tour booking services and close to all the nightlife.

Vietnam Backpackers wins out in my opinion though as it offered a better nights sleep (Hanoi Rocks was pretty noises from early in the morning!) and also offered double bunk beds – perfect for couples not wanting to splash on a private room.

It’s one of the most famous spots in Vietnam and a World Heritage Site, but if you’ve been following me on Facebook and Instagram you’ll know my experience in Halong Bay wasn’t great.

The weather wasn’t ideal and the boat trip I booked lacked the atmosphere I was hoping for – not to mention the terrible food.

Overall for the money most tours charge I think Halong Bay isn’t the best value for money trip you’ll get on the road, especially in South East Asia – many are around the $150-200USD mark so it’s a lot of cash to part with.

Sure the kayaking was beautiful it’s a stunning place to soak up the view – but it could’ve easily been a day trip and a fraction of the cost.

I’ve heard mixed reviews from lots of other travellers too on Halong Bay – some love it, some loathe it…I think a lot of it comes down to the people on your trip so shop around and try and rustle up a fun crew!

Maybe I’ll have to go back and give it another shot sometime.

If you’re hitting up Halong Bay soon though check out this epic guide to picking a cruise – could’ve done with this info when I was sorting mine!haha!

Sappa was a spot I unfortunately didn’t manage to check out myself – due to time constraints and also because the weather was pretty rubbish there when I was near.

I’ve heard some amazing things about Sappa though and there are some great hikes and homestays to be done in the area if that’s your thing – the photos I’ve seen of the rice terraces are incredible!

Another spot I had to miss out due to the way my itinerary panned out. A famous beach side town which occasionally has surf – but another “marmite spot” that I’ve heard you’ll either love or hate!

If you have time check it out and let me know how you rate it!

If you want to get off the beaten track my buddy Connor spent some serious time right in the North of Vietnam near the China border and he freaking loved it and came back with some stunning photographs of the lakes, waterfalls and landscapes up there.

Perfect if you’re cruising around on a motorbike and have a bit of extra time to play with during your trip.

Keep an eye on the blog over the next few months for more Vietnamese travel goodness, including my monthly budget breakdown (always super handy!) and of course some inspiration of what to pencil into your Vietnam plans! And if you’re heading that way solo and want a bit more structure to your Vietnam trip check out this awesome 13 days Vietnam group tour which includes Halong Bay and heaps of other locations!

Have you travelled to Vietnam? 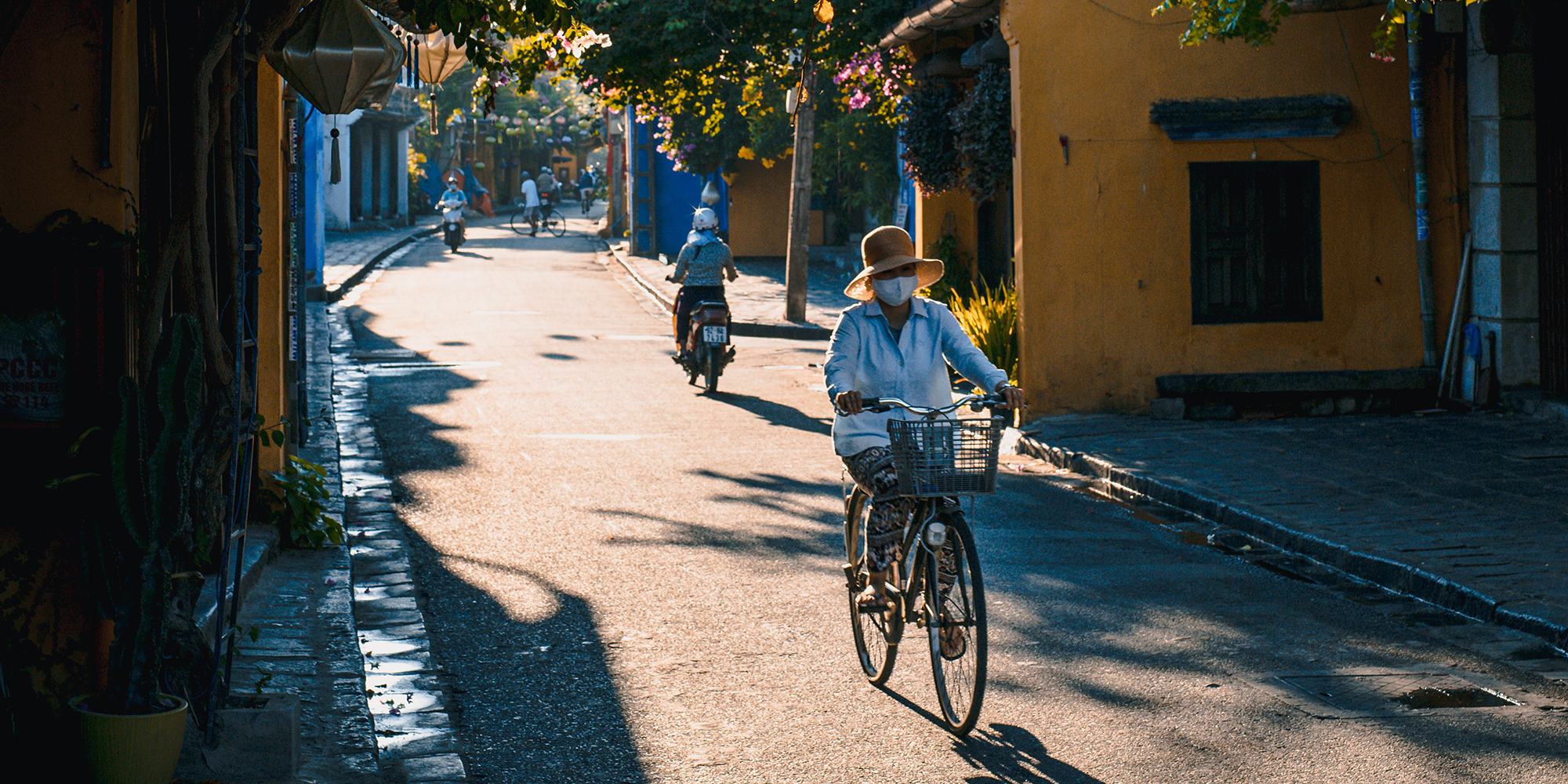 Things to Do in Hoi An | Top 10 Activities & Attractions 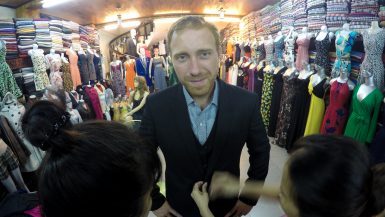 My Guide To Getting A Suit Tailored In Hoi An, Vietnam