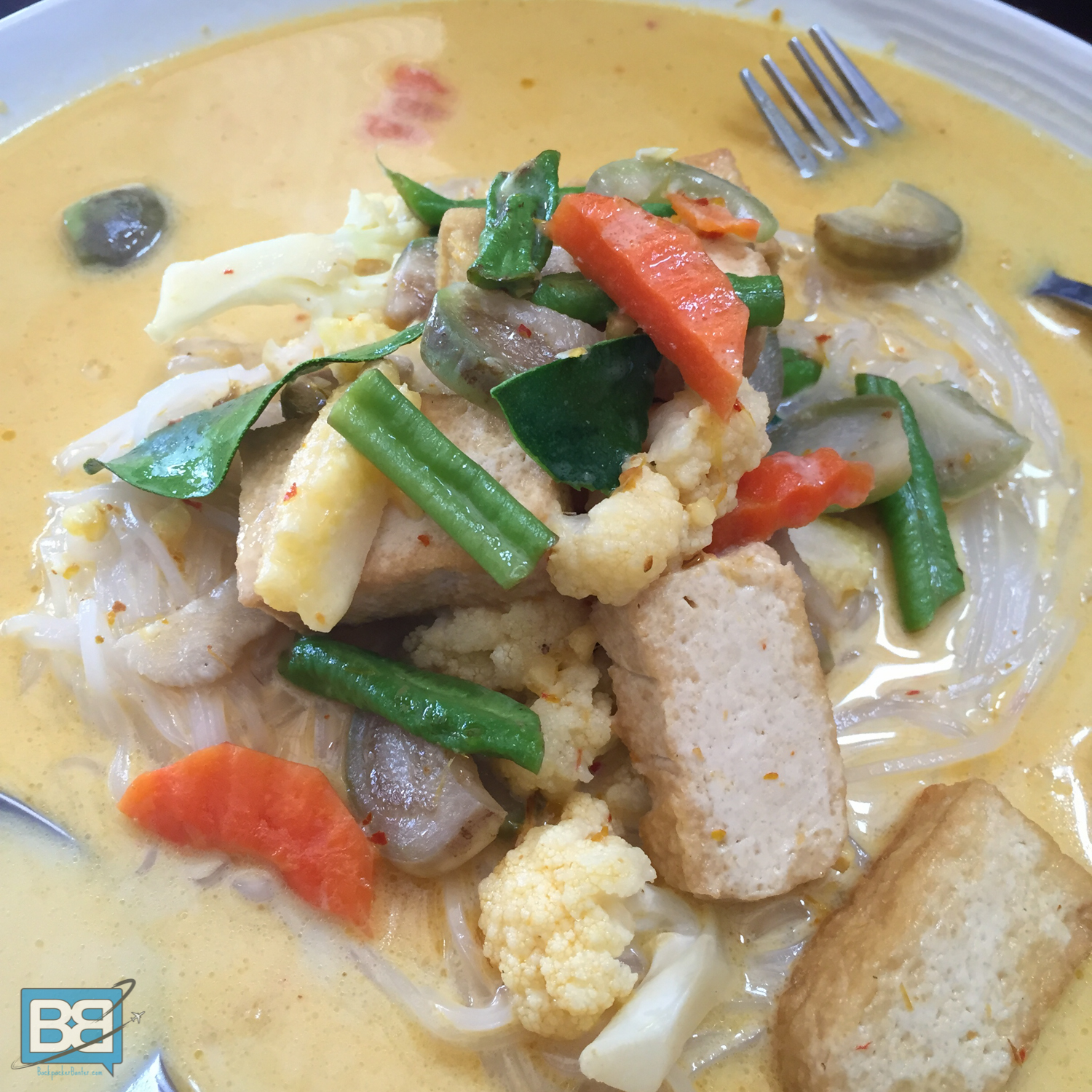 How Easy Is It To Travel As A Vegetarian?

At the beginning of the year I decided to go veggie and at first I was unsure how easy it would be on the road. So 12 months on, how easy is it to travel as a vegetarian?

It’s not something I’ve really mentioned on the blog but at the beginning of this year I decided to turn vegetarian. To begin with having a specific dietary requirement on the road was something I was a little worried about, I was new to the whole thing and having spent the last few years pretty much eating everything (from deep fried bugs to guinea pig!) I wasn’t too sure how sustainable being vegetarian whilst travelling would be.

So having survived my first year on the road as a veggie I though I’d run through where I’ve been and how veggie friendly each country was.

…and don’t worry I’ll be adding to the list as I continue on my adventures!

Before I get started though I might as well answer the question I get asked the most – why turn vegetarian in the first place?

Well for me it’s been a long time coming. Despite enjoying a good rare steak,  since I’ve been on the road I’ve found myself eating less and less meat anyway. Partially as veggie dishes are a bit friendlier on the wallet, but also because a lot of spots I wasn’t too sure how good the meat was, especially when it came to street food!

The big turning point thought was when I moved to Ecuador at the beginning of the year and was once again living with my buddy Gijs who has been veggie for years now. Living and cooking with him meant it was veggie dishes only so I thought I might as well go all in and give it a shot.

And then of course there’s the whole hippy side of stuff which isn’t the main drive behind it but it’s still a factor, but I won’t bother getting into that with you!

…and no I won’t try and convert you to being veggie – if you want to eat meat that’s your choice and I’ve no problem with it.

Bottom line is I’m now 100% veggie (I’m no longer eating fish either) and actually feel heaps better for it!

How Veggie Friendly Has Travelling Been?

Having covered a solid variety of countries since turning vegetarian, over 4 continents here’s my run down of the spots I’ve explored and how easy it was to get a solid feed…

Ecuador – this is where it all started and it’s a pretty easy place to be veggie. Fresh food stalls are everywhere and lots of hostels have cooking facilities so it’s easy to prepare food yourself. As for restaurants and eating out I didn’t have any issues either, especially in Montanita

Peru – this was the first place I really travelled after turning veggie and it was no worries at all. Even in the small surf town on Mancora in the north it was easy to eat out and I even managed to find a few vegetarian cafes too!

Germany – to be honest I mainly cooked at my buddies place here, but even when we went out it was no worries. Sure it was a little limiting for choice but I was only there for a few days anyway!

Iceland – this was probably the most difficult place I’ve been for veggie food, but it was also due to the fact the country is insanely expensive so even finding a budget place to eat was a bit difficult! The Loft Hostel did have a kitchen though so I could’ve cooked, I just didn’t really have time too on my packed weekend schedule there!

Portugal – restaurants in Sagres and Lagos (where I was working) both had a variety of veggie meals and the surf camps I was staying at both had kitchens, there was even a few staff who were veggie too!

South Africa – to be honest out of all the destinations I visited this year I honestly thought South Africa was going to be the hardest to be veggie. The reality though was it was actually one of the easiest! The supermarkets all stocked a variety of veggie burgers, sausages and mince and spots like Muizenberg had more than a few veggie cafes, all of which were also heaps cheap!

Thailand – you’ll have no issues in Thailand being veggie as most meals come with the option of beef, chicken or tofu so there’s a huge variety of food to choose from. My favourite is still a good veggie massaman curry!

The Philippines – I’ve covered Cebu, Siargao, Puerto Princessa, Manila, Coron and El Nido in The Philippines which were ok as a veggie, the main issue was variety though and I found myself eating the same dishes a lot, but they were pretty damn good meals anyway! Seafood is a big thing here though so if you still eat fish there’s a lot more to choose from. There’s some greta veggie restaurants in Puerto Princessa though, so make sure you check them out!

Indonesia – Bali has proved easy to eat vegetarian and much like Thailand it’s easy to request tofu or just vegetables. Many of the local restaurants have pretty big menus too so there’s a lot of variety and nasi goreng (fried rice with vegetables) is the main dish of the country so even in the most rural spot you’ve no worries.

Taiwan – Out of all the countries I’ve travelled as a vegetarian Taiwan was probably one of the toughest, although this does come down a lot to the language barrier. Luckily the first part of my trip their was on a surf tour and our Taiwanese guide was kind enough to write down the Chinses for being a non fish eating veggie, so if you’re heading there or China print this out to help avoid some unwanted surprises in your meal!

Australia – Although Aussies love their BBQs full of meat and seafood being a veggie there is pretty easy, especially when you’re cooking for yourself at hostels. There are plenty of meat alternatives on offer too – from burgers and sausages to full blown roast dinners! Being based in Byron Bay made it super easy too, there are a whole heap of vegan/veggie/gluten free options throughout town!

New Zealand – Like Australia, New Zealand is pretty easy to travel around as a veggie. Again you have a good range of meat free alternatives and being able to cook at hostels means that you shouldn’t have much issue. Sure some restaurant menus are limited but it’s not a big problem.

Travelling As A Vegetarian

So how hard has it been travelling as a vegetarian?

Well to be honest its varied from country to country but overall not too hard actually.

Of course in some places you might find yourself pretty limited on dishes you can eat and occasionally pizza, pasta and salads are the only options – but for the most part I’ve not really found it an issue, and travelling is certainly not going to be a deciding factor if I ever go back to eating meat…not that I intend too!

It also hasn’t been a worry on any of the trips or tours I’ve been on, or on flights either – as long as you give people advanced warning it shouldn’t be an issue.

Just don’t turn up expecting to find a veggie option or you might end up going hungry or just eating rice! I’ve forgotten to put in a meal request on a couple of flights now (luckily not too long haul!) and it sucks, so remember to do it!

So yeah – if you’re veggie yourself don’t let it hold you back going off and seeing the world, who knows you might even convert when you’re on the road too!

Are you vegetarian? How have you found being a veggie on the road?