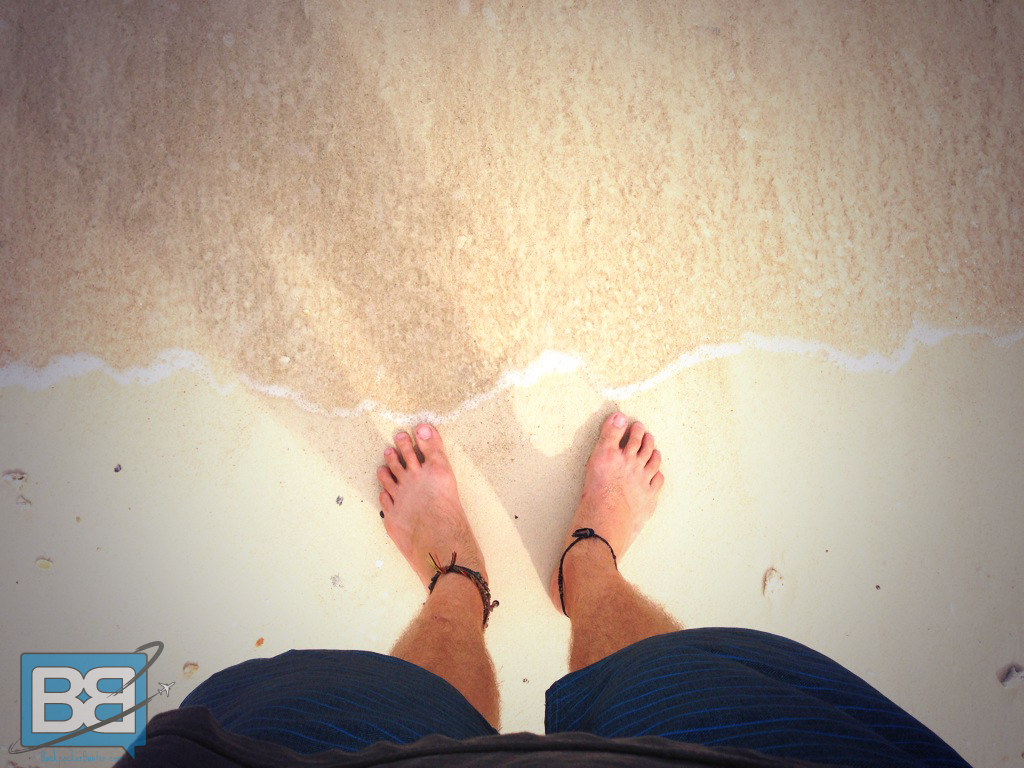 The Perhentian Islands, Malaysia – Where, How and Why

I must admit flying back into Asia a week or so ago I had done little to no research on what to get up to on my latest backpacking trip.

Although I spent the best part of 6 months in South East Asia last year covering Thailand, Laos, Cambodia and Indonesia venturing into Singapore and Malaysia was new territory for me.

And like a lot of my plans I was totally unprepared and winging it, hoping for the best!

I had however been told by various people that the Perhentian Islands were a must – especially given my fondness for the ocean, beaches and general lazing around.

Seeing as I had literally no plans after over landing to Kuala Lumpur from Singapore I decided to ping out some tweets, emails and Facebook messages and go see what all the fuss was about…

The Perhentian Islands, Malaysia – Where, How and Why

Where Are The Perhentian Islands?

Incase – like me – you have no idea where the Perhentian Islands lie they’re on the north east coast of Malaysia – nestled just offshore from the town of Kuala Besut which is a couple hours taxi journey from the Thai border.

The 2 islands (conveniently called “Kecil” and “Besar”….big and little) are literally called “stopping place” in Malaysian – and in times gone by it was a stop over for fisherman, but these days it’s more a mecca for divers and backpackers seeking clear blue waters and teaming coral life than traders of the east.

Unfortunately though for most backpackers it’s completely off route and a pain in the arse to travel to if you’re simply heading along the Bangkok – Singapore track before bouncing to Indonesia or into Australia and beyond!

How Do You Get To the Perhentian Islands?

There are a few ways to head to to the islands, and since undertaking it myself I’ve realised that some are alot easier and time friendly than others!

The route I did was the 10 hour overnight bus from Kuala Lumpur to Kual Besut Jetty. The bus itself set me back just under £9 with a bus company called Mitiara – which was heaps comfortable and air conditioned.

If you’re dropping down from the north (or heading there after) you can take and overnight bus to/from Penang. This set me back £10 with a bus company called SP Bumi and took about 8 hours.

Once you get to Kuala Besut Jetty you simply need to jump on a speed boat to the islands – it’s around £14 for the return trip and takes just under and hour.

is to fly into Kota Bharu from KL or elsewhere via Air Asia and then grab a quick taxi to the jetty (about 30mins). This significantly cuts down your travel time and wont burn a huge whole in your wallet either…although if you’re a backpacker like me you can always justify the overnight bus as a nights accommodation in the budget!

Why Should You Visit?

So why the hell would you lug your backpack to the other side of the Malaysian coast?

Now I’ve spent the last few years clocking up a good amount of time enjoying island life – whether than be sailing around the Galapagos, diving on Phi Phi, partying on Phangan or surfing around Indonesia.

But the Perhentians still took me by surprise – surely that says a lot about them?!

If you’ve spent time on the Thai islands I could well see how you might be dubious to venture to another set of Asian islands – you’ve seen them at their chaotic worst, full of drunken students, gap yahs and not the idealic slice of islands quiet you might have been craving.

They’re even more picturesque and relaxing than Gili T in Indonesia which recently topped my island get away list!

The Perhentians struck me as what I envisioned the likes of Koh Tao or Phi Phi to be a decade ago. Barely developed, beautiful clean waters, amazing coral gardens and a laid back, easy going vibe.

The only real development here is via the dive industry – there are a few dive resorts littering the island but the majority of accommodation and restaurants are locally owned guesthouses and rag tag in appearance – perfectly nestled amongst the palm strewn shore lines against a backdrop of hilly jungle.

And you can also take a day trip to the rather quirky Pulau Besar island – complete with abandoned 5* hotel!

The Cost Of Visiting The Perhentian Islands

And they’re also surprisingly easy on the budget too.

I stayed in Ombak Dive Resort (on the recommendation of Sam from Totally Sams World who was already on the island) and a twin fan room with the bro set me back around £10 each a night – although we later moved to the dorm at £6 per night.

There’s two sides to the island as well – long beach and coral bay. If you’re wanting a more relaxed, chilled vibe and more space on the beach (although that’s never really hard to find there!) I’d opt for coral bay…

Food wise there’s heaps of places to choose from (although admittedly all serving very much the same thing) and a meal and drink will set you back around £2 – definitely munch down on one of the sea food BBQ’s whilst you’re there!

When it comes to things to do I’m afraid you’re pretty limited – but in the perfect island way. You can spend your days sunbathing on the tranquil beaches, kayaking around the coves or lazing in a hammock with a good book. The night life here is pretty tame – which is a real relief given the party chaos of the rest of Asia – but a few beers and cocktails to some live music on the beach is always there if that’s how you’d like to spend the evening.

There are also plenty of snorkel and fishing trips to check out too if you wish to leave the shore for something a bit more energetic – and the snorkelling here is pretty damn epic. The coral and white sands are the perfect place to swim amongst schools of marine life, including black tip reef sharks and heaps of turtles.

The real appeal here though is the diving, you’re pretty spoilt for choice with dive sights covering everything from vast coral bombies through to wreck dives at all depths.

The water temp is pretty comfortable year round so you can opt out of the wetsuit if you wish and the visibility is spot on.

…which sucks because I had an ear infection and blocked sinuses so was unable to dive – the reviews I got from the divers (both new and experienced) that I chatted to highly recommended it though!

So there you have it. If you’re heading to south east Asia, backpacking the Bangkok – Singapore route or simply find yourself in Malaysia for any reason make sure you pencil in some down time in the Perhentian Islands.

It really does live up to it’s “stop over” name sake!

Have you hit up the Perhentian Islands on your travels?

What did you think of them?

**please note – it seems the islands are closed during the Nov – Feb monsoon season so check before you go!** 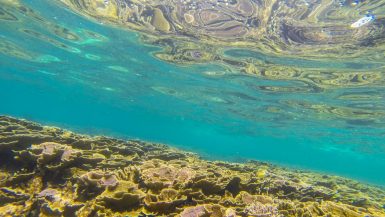 Travel Photo Of The Week – Snorkelling In The Perhentian Islands 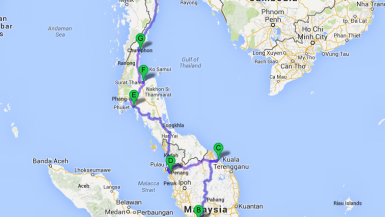 How To Overland From Singapore – Bangkok, Including Costs

Travel Photo Of The Week – Turtles In The Perhentians