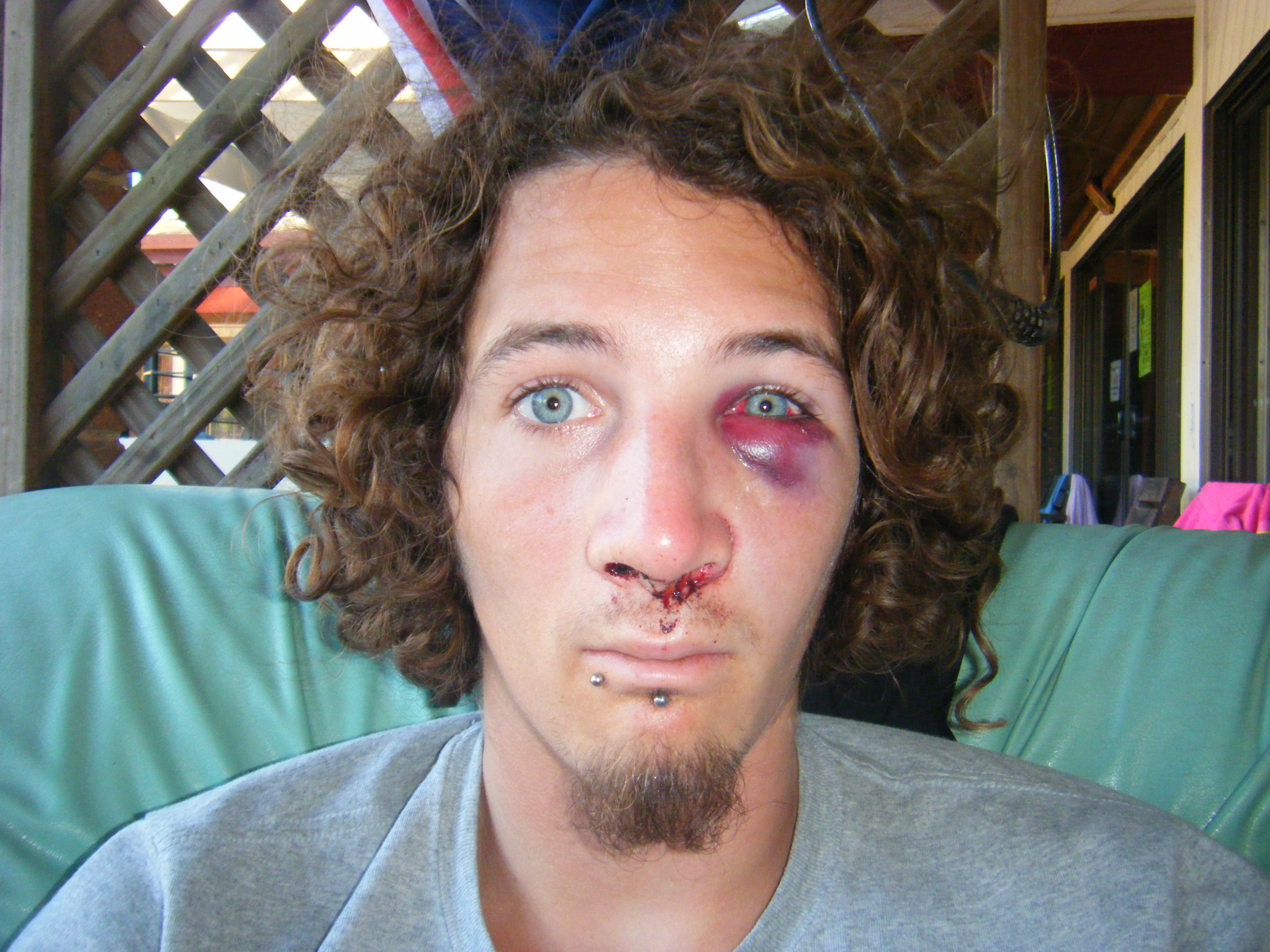 I’ll run you through the basics of it though…

I’ve surfed all over the world and it’s my greatest passion, but just over a year ago to date – when I was living, working and surfing in Byron Bay – I had my first major surf accident.

I’ve been pretty lucky to be honest with my surfing, I’ve had the odd cuts and scrapes, the occasional fin to leg incident, a few puncture holes in my feet from scrambling over rocks – but nothing that anyone who surfs regularly wouldn’t encounter.

But my accident in Byron took it to a whole new level.

Whilst surfing at the Wreck I rather recklessly tried to tuck into a barrel on a 9 foot longboard (for those of you that don’t surf this is a pretty stupid thing to attempt in a 4 foot shore break!) realising the wave was going to close out I decided to bail off and attempted to dive through the face of the wave and swim out the other side. Simple in theory and something I’ve done for a while now.

Anyhow this time didn’t go so well and I felt an massive smash against my face and saw alot of stars!

On surfacing – and miraculously not being unconscious – there’s was alot of blood and rather alot of movement in my nose!

My surfboard had spun round with the wave and smacked right into the side of my face – OUCH!

So I went to A&E who stitched me up, gave me a heap of pain killers, told me I had broken my nose (like I didn’t already realise!) and sent me on my way – no after treatment and weirdly for a head trauma no x-rays.

I recovered, the swelling went down and I continued on my Oz adventure.

Although my nose healed and I didn’t loose any teeth something wasn’t quite right and on my return to the UK I brought this up with my dentist. Basically she discovered that I had profound (yup that’s the exact word she used!) numbness on the right side of my face and had barely any sensation in my teeth – so she referred me to the Maxillofacial clinic at my local hospital.

After a relatively short consultation it turned out I had nerve damage as a result of the accident! Fun times! It turns out that the impact actually broke my cheek bone (apparently  my left eye socket is slightly sunken and there’s a lump where the bone has refused) and when it healed it has slightly crushed the main nerve to my face!

Due to the fact it’s healed there’s actually nothing they can do and the numbness is now permanent  – but I count myself lucky as some people find themselves with the constant sensation of pins and needles as a result, not cool!

I was however told that I was treated inadequately at A&E and that 99% of hospitals would’ve immediately x-rayed me for a facial break, which then would’ve meant they could release the pressure on the nerve and I could’ve avoided the numbness – so cheers to Byron Hospital for that!

Anyway – it could’ve been alot worse!

I’ve learnt a couple of lessons from it;

– Cover your head if you bail when sufing

– Always insist on a second opinion for treatment

So play safe in the water guys and make sure you get proper medical treatment in the event you do end up in trouble whilst traveling!

If you want to read my full post of taking a surfboard to the face I put it up here on Drift Surf Magazine…it’s always good for a chuckle!