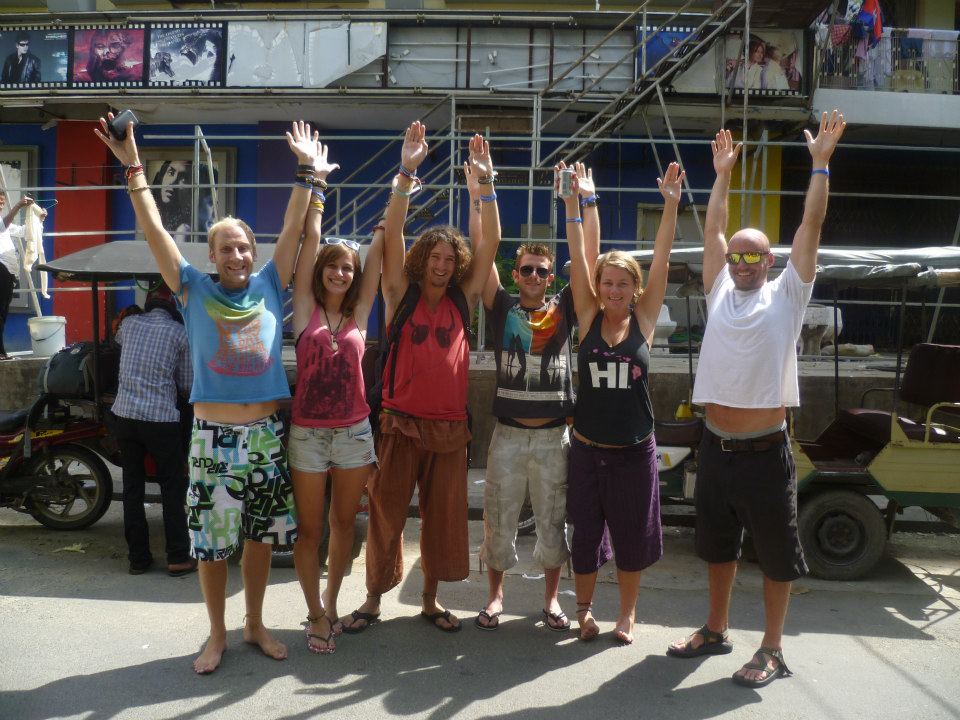 Stoked To Get Back In The Backpacker Bubble!

I’ve often chatted about the ups and downs of backpacking – including my worst experiences and feeling a bit fed up with the whole backpacker lifestyle – but overall I bloody love how my life has turned into a mash of travelling adventures, with a basic but ever changing plan.

And once again the time has come to move on.

I’ve been in Morocco now for the best part of 4 months, that’s the longest I’ve spent in a single place for over a year and a half…to say I’m ready to move on and get back into my “normal” way of life again is an understatement.

Sure working in a surf camp has been pretty freaking sweet – the waves have been epic the last few months – but I’m more than ready to leave it behind and get back on the road, back to adventure and back to the unknown.

The last month or so I’ve become pretty restless. Despite the sun and the surf being based in a single town for a long period of time is really starting to test my patience and you know it’s a bad sign when you’re literally counting down the days until you can leave!

I’ve spent so long on the road now that it actually feels weird to unpack and have a solid base for a long period of time. Sure to start with I was pretty grateful to rest up and have a mental break from travel, but after a few weeks…well it just feels….not right!

Luckily being in one place was never something permenant so I’ve spent my time researching some new places to head, things to do and putting together some options for 2013…and beyond!

It might sound like some heavy forward planning but I’m sure you’re aware of how much my travel plans change! Being based in a single place simply doesn’t suit my train of thought or lifestyle anymore it seems, even if I have perfect swell and sun on my doorstep.

The main thing I’m stoked about this time around is the social aspect of backpacking. I’ve been living in a small surf village called Taghazout. It’s full of travelling surfers but as its a dry town there are no bars or real meeting places to hang out.

Jumping back into the bubble means heaps of new faces, crazy nights out and generally being heaps more social than the last few months have been. The opportunities, friendships and general amusement of having so many new people thrust into my day to day life is something I’ve really missed whilst being in Morocco.

It’s not a surprise that I like to party and get a bit messed up (understatement of the century hey?!) and I’ve met so many amazing people over the last few years that I know as soon as I hit the road again I’ll make more close friendships (the uniqueness and intensity of these friendships is something I’ve already chatted about before), change my plans a million times and open up a whole new set of adventures as a result.

The backpacker social scene really does have the domino effect on how you travel; the more people you meet, the more you want to travel and the more places you want to visit…which in turn allows you to meet a whole new set of people…and it all spirals from there!

It’s always good to catch up with travel buddies elsewhere on the road too, especially when they can offer you a sofa to crash on for free too – a quick Facebook message or using the net to make free calls and I have a bed in most places I’m heading to this year! Happy Days!

In short nothing is better for your travel stoke than to meet more travellers!

With new adventures come new places – and I’ve set myself a goal of hitting up 5 new countries this year.

Luckily I’m getting number one under the belt pretty pronto by touching down in New Zealand later on this month.

Turning up in unfamiliar places, with new things to do, look at and experience is surely one of the greatest joys of being on the road and although I know I’ll backtrack across some countries I’ve already explored over the course of my year I’m doing my best to make sure I cram in a whole heap of new and exciting places too. Not just for myself but also for you guys to read about – there’s nothing worse than a repetitive blog hey?!

The actual list of new places I’ll hit up this year is still up in the air, but this new adventure has taken me back to the drawing board and I must admit I forgot how much fun travel planning and research can be – oh the possibilities!

And of course all of those new places, new faces and adventure all add up to an awesome time in the backpacker bubble! If you’ve never backpacked it’s an odd thing to try to explain – how the unknown, the unfamiliar and a bunch of strangers are a key part of the experience.

But I’m sure those of you who have hit the road (whether for a few months or few years) will be able to relate to my excitement. It’s something you take for granted slightly on the road but something you deeply miss the moment you sit still.

I’ve no real idea what the next year will contain, but I’m sure it’ll be a rollercoaster ride full of highs and lows that’ll I’ll enjoy never the less.

I’m ready to say goodbye to Morocco but I’m super happy that it’s revitalized my wanderlust and excitement for all things travel!

Now it’s time to get packing…!