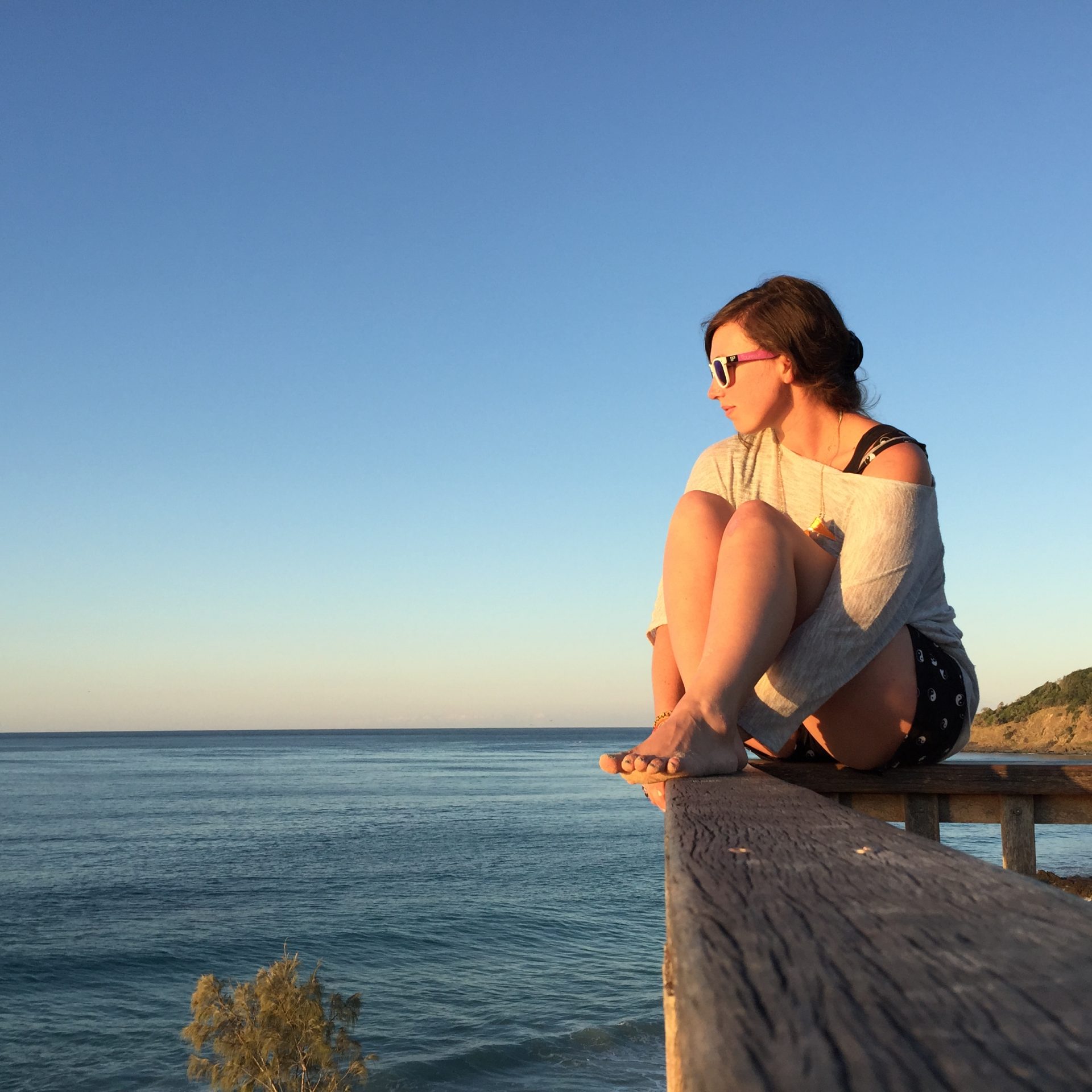 10 Solo Female Travel Fears – And Why You Shouldn’t Worry!

Travelling as a solo female can be a scary thought, but you shouldn’t let it stop you! Here are some of the most common fears and why you shouldn’t worry!

Ok as a dude I know there’s a lot of things I cant really address when it comes to female travel – so I’ve enlisted the help of Erinn a well travelled, rather crazy Californian to put together a series of posts on female travel…here’s her first instalment…

Before I started traveling I had fears and would stay awake at night thinking about all the dangers of being a solo female traveller.

The media has conditioned us to be afraid of any place that isn’t home but its’s basically trapping you in your own little bubble, but one of these days you’ll have to burst that bubble and fly!

I’m an adventures person so all my worries disappeared when I boarded my first flight solo.

But still I kept thinking to myself, will I met people?

Will I die if I drink the local water?

Will I become homesick and lonely?

Of course you’ll have these thoughts but from experience and being on the road constantly I can honestly say some of your biggest worries about travelling solo as a female are things you shouldn’t worry about and they certainly shouldn’t hold you back from exploring.

1. Will I Be Safe Traveling Solo?

YES! The world isn’t as scary as you think, actually, its the opposite!

The kindest people I’ve met have been abroad. I’ve never experienced such kindness from people while in Nicaragua, New Zealand and Australia.

Once, while off roading on a small island in Nicaragua my motorbike died and I was trapped on an empty road as the sun started to set – thankfully two young boys came across and drove me back to my hostel.

I tried offering them money but they refused.

Even though I couldn’t speak Spanish and they had no idea what I was saying, we managed to communicate and got me back to safety. That brings me to my next topic!

[Tweet “”The world isn’t as scary as you think, actually, it’s the opposite!””]

2. What If I Don’t Know The Language?

Let’s be honest, english is commonly known world wide! It’s a bit narrow minded to think like that but lets be honest it helps a lot!

Although many cultures stay true to their native tongue, 90% of all languages are communicated through body language.

If you have the right gestures and at least try to know a little bit of the language before entering a country you’ll do just fine. If you’re spending a longer duration in one place try taking some classes to expand your knowledge.

Knowing the basics will get your far.

3. Should I Talk To Strangers?

My [now] closest friends were strangers that I happen to met in passing.

While I was in Panama two guys from New York approached me asking where the baggage claim was. I showed them around and we quickly became friends, spending the next week together adventuring through Panama City. We still keep in contact and plan on meeting up again in Asia!

You’ll never know what surprises will happen when you open your mind!

A girl I met in a hostel decided to pack her bags and tag along with me through Panama, Costa Rica, and Nicaragua. Strangers are your friends…within reason of course!

[Tweet “”You’ll never know what surprises will happen when you open your mind!””]

4. Is It Easy Meeting People?

This is one of the biggest myths and fears of any solo travel – whether your male or female!

When staying at hostels everyone is constantly talking to you!

When I arrived in Miami I didn’t even put my bag down before this one girl starting chatting to me. Your bunk mates will be you best friend (or worst nightmare if they bring someone back to bang; yes that happens).

Hostels have common rooms where everyone mingles. If you’re traveling solo you have a better chance of meeting people than being in a big group closed off – solo travellers often band together and you can explore new cities with new people.

Even travelling solo in spot like Bangkok aren’t too scary if you prepare before you go!

Check out this post for more tips on how to meet people when travelling solo.

Just be open to the idea of meeting new people and be proactive about chatting – a smile and a simple “hey” often go a long way.

Despite meeting lots of people, yes, at times you will get lonely.

Mostly on travel days but once you’re back in a hostel environment you’ll meet someone new. Although it’s always sad to say goodbye to a new friend its just something you’ll have to do – just make sure to grab each others contact information and stay in touch.

One of my best friends is a guy I backpacked through Europe with, we met up again in America and traveled all through Central America and Australia together.

We’re even meeting up again in Asia later this year!

Then fly back home!

Just kidding, that should be a last resort!

There’s this awesome new invention called Skype and FaceTime where you can talk to your loved ones face to face back home!

Whenever I am feeling homesick I write a letter to my parents about all my adventures – it quickly cheers me back up again telling my stories to them and waiting for a reply.

It’s like a treat when ever I see them write back and tell me about home. Just remember that you are doing something than many people would kill to do.

Enjoy the little things and soak up the present.

The worse thing you can do when you’re homesick is over think it and close yourself off. A positive mental attitude and a random adventure can soon turn everything around.

Look up, look around you…the chances are the sight of a gorgeous sunset, a beautiful beach or that hot guy in the bunk opposite you will make your trouble drift away!

[Tweet “”Enjoy the little things and soak up the present.””]

7. Eating Alone Scares Me, What Should I Do?

You shouldn’t worry about eating alone.

I come from a big city where its acceptable to eat alone, no one judges you and to be honest I really don’t care what people think of me when I eat alone.

I love being alone.

I get to sit there and enjoy every bit of food without having to talk between each bite!

I even catch up on my T.V shows on my phone. While I was in New York I became friends with the waiter (since I was the only person in the restaurant). He gave me a free drink and even went above and beyond to make sure my meal was perfect. After his shift was over he showed me around the city.

Sometimes being alone brings you company you never expected.

8. What If Mother Nature Calls During A Travel Day?

From experience most countries do not supply tampons, usually only pads.

So when packing make sure to tuck some tampons in every corner of your bag! Keep an emergency one in your purse, wallet, passport holder, etc, it’ll come in handy if you’re on a 16 hour bus ride.

Also pack some wet wipes, some toilets on the buses and trains run out of TP and you’ll be thankful for those wipes!

They also come in handy for washing your face to feel fresh and clean…bonus!

9. What About Dress Codes?

It’s always smart to pack a pair of conservative clothes for churches and walking around at night. Pack a light scarf or sarong as well so you an toss it over your shoulders when entering a church.

Cover up at night so you don’t look like you’re “asking for it”.

I’d rather be safe than sorry.

I also pack a long light wear skirt that hides my legs in more conservative countries, along with a white quarter length shirt.

10. Is It Okay To Wander The Streets At Night?

In some countries yes, just be aware of your surroundings and use common sense.

But always trust your gut.

And it you don’t feel safe walking around ask someone at the hostel to walk you to your destination.

But I wouldn’t really worry about that because you’ll probably be constantly surrounded by people you’ve met.

The easy rule is that if you wouldn’t do it at home don’t do it abroad!

Just be safe, smart, and most importantly HAVE FUN!

You are on a journey discovering the world and all it has to offer, so forget about the 9-5 job and live in the moment.

Are you a female looking to travel solo? Any thoughts, fears or tips you want to discuss – chuck them in the comments and Erinn will help answer them for you!