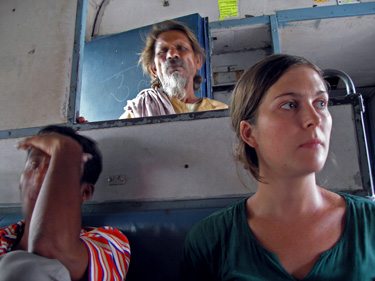 So last we I started a running feature known as the “Saturday Showcase” aimed to help me discover new blogs and pass the banter your way. Dan from Adventures With Dan nominated the next person in the interview chain – so let me introduce you to Iain and Claire of Old World Wondering…

Hi Iain and Claire – who are you and what’s your story?!

A little over seven years ago we left Cape Town for London, where we planned to work until we’d saved enough money “to travel”. It is the post-childhood pilgrimage of many a young South African and – while we couldn’t have imagined where it would lead us. London was sucking up every penny we earned, and seemed more like a p lace in which we were constrained than the starting point of our nebulous travels. Then one day, ignoring our pathetic bank balance, Iain traced a vague line on the world map that hung, hopefully, on our bedroom wall. Seeing the great land mass that is Eurasia, Iain remarked “We could get all the way there by land,” and pointed to a city on the east coast of China – Shanghai. It sounded intimidating, a little crazy even, but at the same time exhilarating. And that was it; with the idea in place, the plans formed around it: better jobs were found, money was saved and, with the first four months carefully mapped out, we left England for a journey overland, to Shanghai.

Shanghai was good to us. We both had books published and, three years later, having learned to speak Mandarin well enough to conduct an interview and muddle through a meeting, we set off on our second overland journey, from Shanghai to Cape Town.

Old World Wandering is the story of these two overland journeys, written in a literary style that occasionally strays into the journalistic.

We’re in Chi Phat in west Cambodia. It’s 10pm and the village’s electricity goes out in an hour. A lizard the size of Claire’s forearm is keeping us company. How’s the journey been so far – any highlights?

The highlights are often the surprises. Spain, Syria and India stand out in our memories of the journey to Shanghai. We’ve only been on the road to Cape Town for five months now, so it’s easier to be specific. Mumbai, Gokarna and Varanasi were worth a second visit. Laos sucked us in for longer than we expected, and we spent two weeks in Vientiane alone.

What’s your guilty pleasure when traveling?

We made the mistake of trying to retrace our steps through India when we revisited it earlier this year. A wise traveler we met in India said, “When you go to a beautiful place, which you feel you’ve discovered, you get one free gift. You can see the people as innocent and share their innocence, but only because you know nothing about them. Then you go back and you find out that this person doesn’t like that person. You keep going back, to take more from this beautiful place, but you’re sucking too much out of it and you become depressed, because you know enough to see it changing.”

It’s impossible to pinpoint a single photo. We have tens of thousands. That said, there a timelessness in this photo of the cremation ghats in Kathmandu that has always stuck with me. The photo of Claire on a train to Varanasi, after we battled our way out of Gorakhpur, is ethereal, and another of our favourites. Iain – I’m two thirds of my way through an epic post about Gokarna, a village in South Indian with a long history and an uncertain future. I like it because I think it is a more comprehensive description of a place than any other I have written, but my article about travel and nostalgia is also one of my favourites. I wrote it when I was desk-bound in Shanghai, dreaming about life on the road.

Claire – I’d have to say my post about Damascus because it takes me right back to Syria whenever I read it.

What has the next few months got in store – any crazy plans in the pipeline?

Crossing the border from China into Kyrgyzstan in sub-zero temperatures. At the moment, our backpacks contain shorts, skirts and t-shirts. Weaving our way through the Middle East is also going to be tricky, and fascinating. We have visited Syria, Jordan and Egypt before, but the mood now, after the Arab Spring, will be different, and having a point of reference will make the experience that much more rewarding.

Who do you want to introduce next – and what’s inspired you to nominate them?

Barbara Weibel of Hole in the Donut is working hard to create quality narrative content. She also does a great job of highlighting interesting travel writing on her Facebook page. 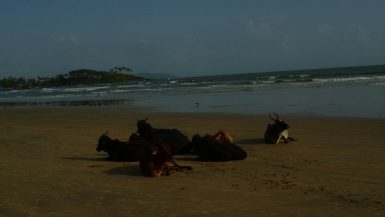 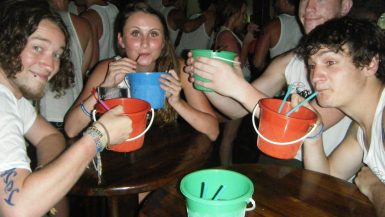 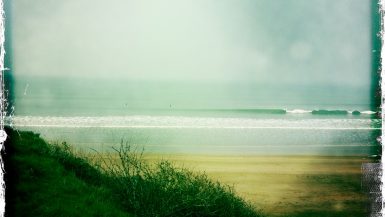