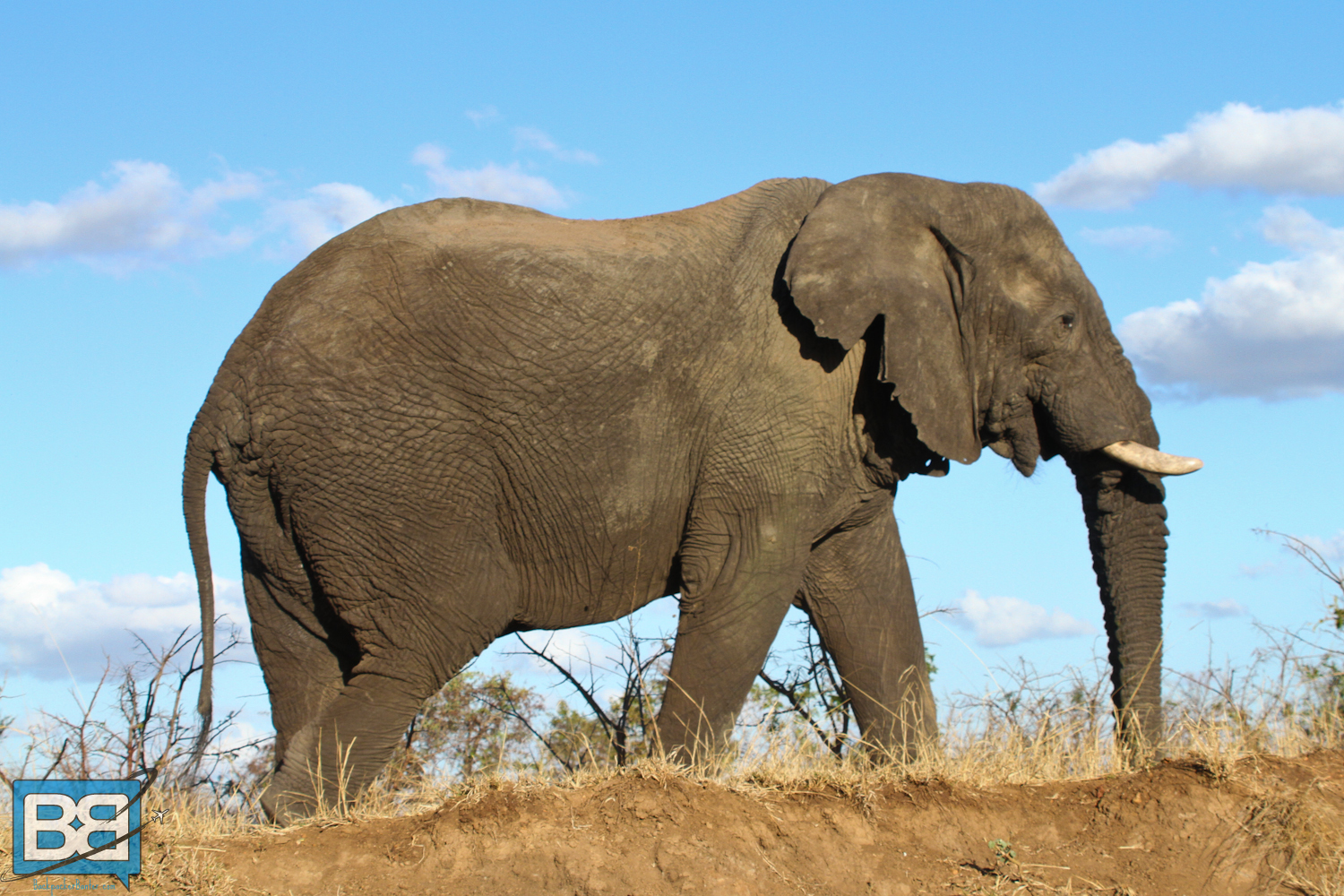 Safari On A Budget In Kruger National Park, South Africa

Since I’m travelling on a budget, I never really thought that a safari would really fit into my plans easily – I’d envisioned crazy prices and although it was high on my bucket list, I had kind of written it off as something I wouldn’t do for a long time.

However since I was heading to South Africa anyway I had already told myself that I’d bite the bullet and head to Kruger National Park as part of my trip no matter what the cost – I’m flying there anyway and have no clue when or if I’ll be back so I might as well take the hit and get it done!

If The Price Is Right…

After speaking to my buddy Andy at STA Travel in Exeter and doing a heap of online research, I suddenly realised that a safari is actually not a huge money trap – and you can indeed do a safari on a budget.

In the end I opted to go with the Intrepid Travel 4 day/3 night Kruger Express Camping Safari Experience – £270 per person on a twin share option.

Now for 4 days including accommodation, national park entry, guide and a return transfer to Johannesburg that was easily the best trade off in price and company I could find. There were cheaper options but to be honest I’m not sure how comfortable I’d feel handing over that much money to a business or agency I’d never heard of before!

But lets face it you guys don’t care much about why I bought what I bought (well maybe a little but that’s enough detail!) you want to know how I found it, what Kruger National Park was like and you want heaps of pictures!

The first evening of the tour (after quickly dropping off our kit in the tent after a 7 hour drive!) was spent in Andover – a private game reserve which boarders Kruger. As the sun slowly set across the golden savanna we encountered giraffe, buffalo, wilder beast, hippo, elephants and even some dozing lions in the long grass. Even a cheeky hyena popped out during the sunset en route to find it’s evening meal.

It was the perfect taster of what the next few days would entail – enough to wet the appetite and fuel our excitement, but not enough to spoil us.

As much of a cliche as it is the best was yet to come!

After settling into our tented accommodation in another game reserve I passed straight out – the 5am starts aren’t my favourite! The reserve we were based in is home to heaps of animals, but to be honest even if a lion was roaring outside my tent I would’ve have noticed!

The next 2 days were spent exploring Kruger National Park which was easily the highlight and focus of the whole experience – it’s HUGE!

Although it covers 19,633 square kilometres we only just scratched the surface – lets face it you’d be crazy to think you could explore it all unless you had months, if not years, to spare!

Entering through the Orpen Gate, we cruised around in our open top jeep enjoying several sunrise and keeping a watchful eye on the surrounding bushland which are home to most of the African wildlife – including the infamous big five (buffalo, elephant, lion, leopard and rhino) and given the amount of space they had to roam it wasn’t long before we were ticking them quickly off the “to see” list.

As my camera snapped away with a machine gun like speed, I found myself quickly mesmerised and immersed in the incredible nature that surrounded me.

And if you’re not touting a massive zoom lens on your camera I highly recommend investing in some solid binoculars for your safari – you’ll get even more out of it!

Impala grazed with an ever suspicious eye on us, hippos wallowed in the waters occasionally grunting at us before submerging into the murky depths, herds or buffalo stood firm by the tracks not wanting to get close but not wanting to move either – every corner contained it’s own story and characters.

A parade of elephants casually crushed over trees in search of fresh roots whilst their calves trotted along behind them trying to keep up and lions with their cubs chilled in the dry river basin napping in the sandy sunshine, all after spotting a rare pack of white rhinos meandering across the bushland.

It was nothing short of amazing!

Over the few days I spent on safari I’ve definitely developed a big liking for zebra – easily my favourite animal to watch and photograph!

One of my highlights though was our chance encounter with a leopard – who our expert guide Jerry pointed out chilling in a tree, which was much more productive than our previous attempt spotting it in the long grass dozing – where I could literally only just clock it on my 500mm zoom lens!

As its spots merged into the surroundings and it slinked down the tree and into the bush I was super stoked – all this savannah to naturally roam free and it happened to be there, in a tree, where I happened to be in the middle of South Africa at that particular moment.

The final day also had a morning walking safari on the itinerary – having adjusted to a 5am rise this was really good fun, tracking animals – getting up close and personal with giraffe and zebra and learning about some of the traditional plants used by the locals.

I’ll be putting up a photo essay later this week with some more though so don’t be disappointed there’s only a few photos at the moment!

If you’re putting an African safari on your bucket list – which I hope you all are – you’ll be interested to know a few extra details about my trip to help you make a decision.

Bluntly put, the tour fitted exactly with what I wanted.

It was a long enough time frame to see everything I wanted, yet not drawn out enough for the long days and driving to become boring.

The price was spot on too – an excellent balance between cost and quality.

Our guide was heaps knowledgable and good fun, the included meals were super tasty and there was more than enough to go around as we ate under the moonlight by our campsite. I’m a veggie and one of the girls was gluten free – both of which were catered for without any worries or issues.

Accommodation wise the spacious tents we stayed in were actually bigger and more comfortable than a lot of hostels I’ve stayed in! The lodge on the final night was also nothing short of beautiful – a netted twin bed area, en suite and even a balcony like upper area for chilling out in. Again the meals on the final night were exactly what we needed after a long day of wildlife spotting – there was even a pool if you fancied a morning swim!

When it came to getting around the minibus transfer along long was comfy and provided adequate stop offs for toilet breaks and snacks and within the safari side of things the traditional open topped jeep had more than enough space for our 8 person group to kick back and enjoy the ride.

Although lunches weren’t included I was surprised how reasonable the prices at the dedicated restaurant inside Kruger was. A solid meal and a drink was still under £10, given how much you pay at a zoo in the UK it was a pleasant discovery.

Overall the service, experience and price added up to a great travel investment and I’ve now got a hard drive full of photos, some new found friends and heaps of incredible memories as a result.

There’s no hesitation in my recommendation for both a safari in Kruger and our Intrepid Travel tour. If you’re heading to South Africa you’d be stupid to miss out!

Have you been on an African Safari? What were your highlights and would you recommend who you used for it? 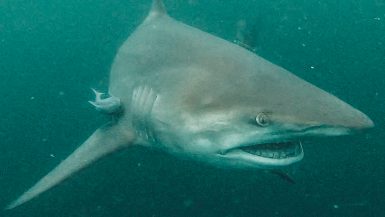 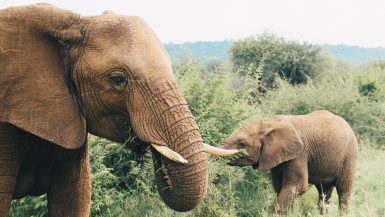 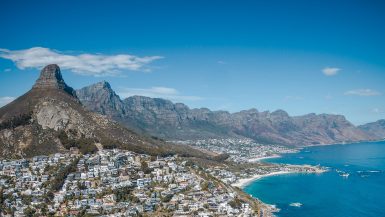 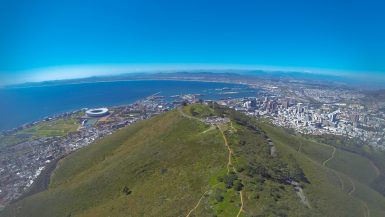