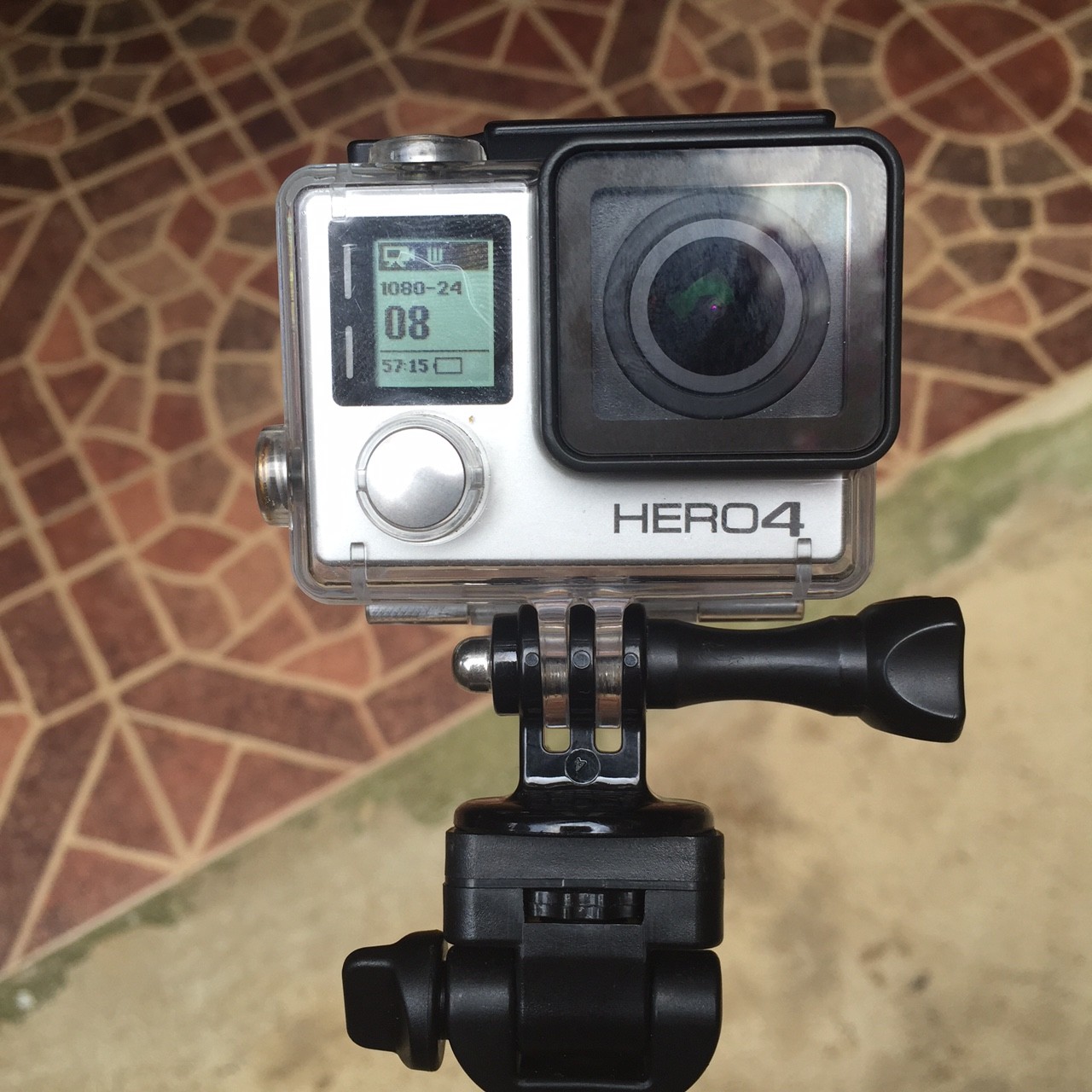 Is the GoPro Hero 4 Camera worth buying for your travels? If so should you get the Hero, Silver or Black Edition? Check out my review for all the answers.

Having been a firm fan of GoPro cameras since they launched the 35mm wrist mounted film edition waaaaay back as I’ve travelled the world over the last few years it’s easily become my most used camera.

And when they announced the GoPro Hero 4 in October last year I decided to upgrade from my GoPro Hero 3 Black Edition (read the review here) and I’ve been stoked with that decision.

So after 3 months of heavy useage whilst travelling how has the GoPro Hero 4 fared and is it worth the investment for your own kit bag?

The latest GoPro launch brought 3 new cameras to the market, each with a different spec, features and of course price, so which one is the best option for you? Here’s a quick run down of what’s on offer;

GoPro Hero – with the Hero 4 launch GoPro also announced a new budget model. Although it has relatively low specs in the stills department at 5MP (in fact your iPhone camera probably packs more punch!) it’s still a great option for those that want a camera they can take everywhere without breaking the bank. It does still however shoot 1080 video though so if video is your thing it’s a bit of a bargain! If you’re looking to really capture the moment and need better specs on a budget you can still grab the GoPro Hero 3 and Hero 3+ range

GoPro Hero 4 Silver Edition – this is the model I opted for as it comes with an inbuilt screen, something that previous GoPro models had been lacking, unless of course you invested in the LCD backpack which then made the whole thing oretty bulky and cumbersome! With an 12MP camera and shooting full 1080 HD movie the Hero 4 Silver packs some seriously good image quality for both stills and video. Spec wise overall it’s about on par with the previous Black Editions (bit of a bump on the MP front admittedly) but it’s the addition of the screen that makes this model the best option for most users and I’m stoked with my decision to upgrade.

GoPro Hero 4 Black Edition – the a Hero 4 Black is aimed in my opinion at the professional market as it shoots 4K cinema quality video, however this comes at the expense of a back screen. Also you’ll need the right monitor, TV and editing equipment to deal with 4K too so don’t buy it simply as it has the best specs! However if you need super high quality output or are really serious about making movies then this will be be model you want. If stills are your main output though the Black Edition still only has the same 12MP sensor as the Silver Edition.

Although the the look of the GoPro Hero 4 doesn’t really differ much from the Hero 3+ there’s a few small tweaks that make a pretty big difference to the user experience.

The button layout is much bigger and easier to use and the software has been updated and tweaked menu system make it heaps easier to switch between modes and select the right settings for what you’re shooting.

This is made even easier on the Hero 4 Silver due to the main back screen rather than that fiddly LCD screen on the front which relied heavily on icons in the past editions.

The built in back screen also makes shooting heaps easier and opens up the GoPro to more day to day shooting as you’re no longer guessing what has made it into the frame! This also allows you to review and delete your images on the go too without the need for a laptop.

Ultimately this will be a huge selling point for anyone taking it travelling as you could easily get by with a smartphone and a GoPro now.

The case has also been significantly upgraded since my Hero 3 – a sleeker design and less complex opening latch make it look and feel like the GoPro the 3+ should really have been. Gone is the clunky release catch, the tiny mode buttons and the screw around the lens…the whole thing just looks the part now too!

In my mind GoPro have done what I’ve wanted for ages…they took an already brilliant camera and made it look as good as it works!

All Situations, No Worries

The main selling point for me on the GoPro is its durability and sheer scope of situations you can throw it into!

The Hero 4 Silver is no exception either – as with previous models its waterproof to 40m so whether your surfing, scuba diving or simply chilling by the swimming pool there’s no worries!

This combined with its tiny size makes any GoPro model heaps versatile and you can easily chuck it into your day bag or even pocket just in case!

For anyone travelling this means you can always have it on hand to capture the moment and I’ve used mine whilst scuba diving in the similan Islands, surfing in the Philippines, swimming with whale sharks and simply to take some shameless selfies on the road!

It’s worth mentioning now that the GoPro Hero 4 Edition is still compatible with the full range of mounts, accessories and poles as previous GoPro models which is a welcome relief for anyone who has kitted themselves out with grips and accessories!

If you’re looking for mounts I highly recommend investing in an extendable pole, tripod adaptor and floating hand grip – all of which I use heavily when shooting on the road and it allows you to capture most situations. For surfers and other extreme sports enthusiasts there’s s huge variety of ads ons (by both GoPro and third parties) tailored for everything from skiing to motor cross and even a mounted dog harness!

Although the official GoPro app has been around for a while now I’m actually surprised how many GoPro owners I’ve met that don’t know about it! It’s a genius little addition to your smartphone which allows you to wirelessly connect and control your GoPro. More importantly for those on the road it also allows you to download photos and video to your phone which can then be shared on Facebook/Instagram/Email/Anywhere …you can also delete images direct off the GoPro memory card too if you run out of space.

Best of all? It’s totally free so there’s no reason not to have it!

Should You Get One?

Personally I wouldn’t travel without my GoPro now and given the amount of extreme activists and random situations travellers throw themselves into it would be s welcome addition to any kit list if you’re wanting to capture the adventure.

My personal recommendation would be the GoPro Hero 4 Silver

model, although if you can live without the screen or want to save a bit of cash the Hero 3 Black or Hero 3+ models are still worth investing in.

As someone who previously had the Hero 3 the Hero 4 Silver isn’t a huge bump in specs but it’s worth the screen upgrade alone, so if it’s tempting you you’ll be glad you bit the bullet!

Whatever GoPro you end up choosing thigh you’ll soon find yourself capture everything the world of travel can throw at you l, experimenting with angles, mounts and techniques…it really brings out the photographer in everyone!

Have you upgraded to the GoPro Hero 4 or are you using a previous model? Any feedback you’d like to share?