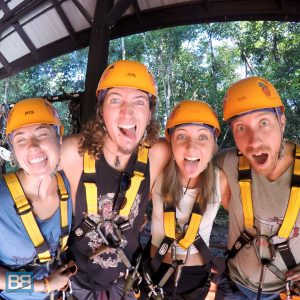 Time To Face My Fears!

For someone who is really afraid of heights I don’t think things through too much – randomly signing myself up for things like abseiling and skydiving without actually taking my fears into account.

Chuck me 25 metres under water on a single breathe whilst freediving and I have no worries.

Scuba diving with sharks? I’ll be first in the water!

But when it comes to heights I suck!

My legs start shaking, I get dizzy and I’m general a bit of a mess!

Basically I’m more at home in the water than in the air, or even a piece of solid flooring above the ground.

But still I keep deciding these things will be a good idea – the latest being the Flight Of The Gibbon Experience in Siem Reap, Cambodia… 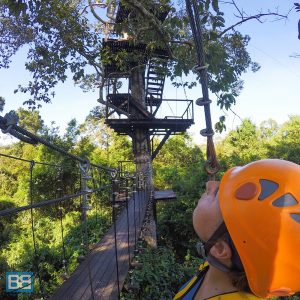 The Only Way Down…Is Up!

What Is The Flight Of The Gibbon Experience?

The Flight Of The Gibbon has become pretty famous as a top bucket list tick in South East Asia – with the original being on the border of Thailand and Laos.

The concept is pretty simple, yet heaps of fun – string a bunch of zip lines high amongst the treetop canopy and let travellers from all over the world whizz between the platforms, soaking up the views 40 metres above the ground, putting their faith in some metal wires and climbing harnesses!

At the Laos base you even have the option to sleep in the treehouse too for an added bit of adventure!

The Siem Reap location is a day trip only though – perfect for someone who would never even consider spending a night that high above the ground!

[Tweet “”whizz between the platforms, soaking up the views 40 metres above the ground””] 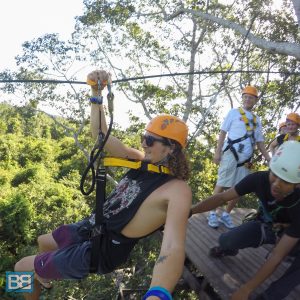 Nervous…As If That Isn’t Obvious!

Never one to back down from a challenge (except maybe the bungee jump in South Africa on my surf trip there….there was no way you’d get me to voluntarily jump off that bridge!) and slightly spurred on with the peer pressure of travelling in a group I decided to face my fears and signed up for a day of treetop madness with the crew from Flight Of The Gibbons.

After gearing up and heading in to the beautiful forest surrounding Angkor Wat I have to admit I was nervous.

Even the thought of zipping between two wooden treetop platforms had me nervous…lets face it – that’s not a normal thing to do, right!?

After a pretty in depth safety briefing it was time to bite the bullet and trust my harness, get your head together Chris – this hardcore piece of fabric would keep you safe, it’s crushing your junk but it’ll keep you alive and above the ground!

[Tweet “”it’s crushing your junk but it’ll keep you alive and above the ground!””] 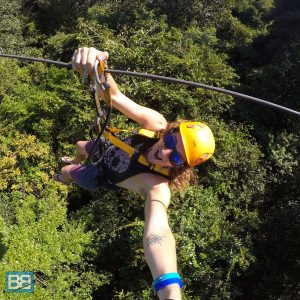 …But Seconds Later It’s All Good!

Now to say I was composed by the time we reached our first zip line would be a lie – I was far from it – and despite only being about 10m above the ground it took a considerable amount of will power to launch myself from the platform.

However, as soon as I stepped off the wooden platform my emotions did a 180 and I went from bumbling wreck to smiling, stoked traveller – this was heaps of fun!

Landing safely on the opposing decking I was safely clipped back onto the tree and the dudes asked it I was ok – despite clinging to it for dear life I was stoked and keen for more.

…but it seems fear is in the apprehension and the build up for me!

As the course got higher I got more nervous…literally hugging trees for balance but as soon as my feet were dangling and I was flying through the canopy the fear was forgotten.

I was a total rollercoaster of emotions – from stoked to sh*tting it!

By the time we hit 40m above the ground I’d accepted my fear was totally ridiculous and although it still refused to go away I was having a blast!

I think the quote is “don’t let your fear of what could happen make nothing happen” – and that’s what travelling is all about, getting outside of your comfort zones, pushing your boundaries and having heaps of fun in the process, no matter how uncomfortable that might feel at times!

[Tweet “”I went from bumbling wreck to smiling, stoked traveller – this was heaps of fun!””] 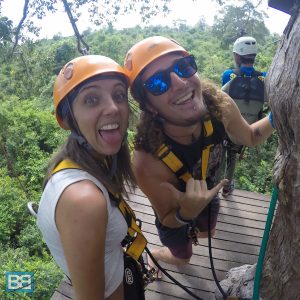 Despite Clinging To The Tree It Was Safe!

I know one of the first things you’re going to be thinking will be “is it safe”.

Sure South East Asia doesn’t have the best track record for safety standards (look at tubing in Vang Vieng for example!) but Flight Of The Gibbons definitely has your back safety wise.

If anyone was going to feel unsafe it would be me and despite the fact I was clinging to the trees and railings for dear life I knew it was my irrational fear of the heights rather than the actual situation I was in!

The guides checked all our equipment as we geared off and we were given a full safety briefing before ascending into the trees to begin the day.

At no point was I ever not attached to part of the course either – you’re always attached to either a zip line of safety wire throughout your time in the trees, even when on a stable platform, something our guides were constantly checking.

So yes – as far as I could tell, despite the fear everything was being done to keep us safe!

If you’re looking for some fun, adrenaline and a unique perspective of the Cambodian landscape then I would certainly recommend pencilling it into your Siem Reap plans and it’s well worth the $99USD for a solid morning of treetop fun!

Plus since you’ve purchased entry into the Angkor Wat area you can also use your ticket to explore some more of the temples after – the perfect excuse for another sunset photo session!

**PLEASE NOTE – I received a free trip courtesy of the guys at Flight Of The Gibbon, but rest assured all opinions are honest and my own** 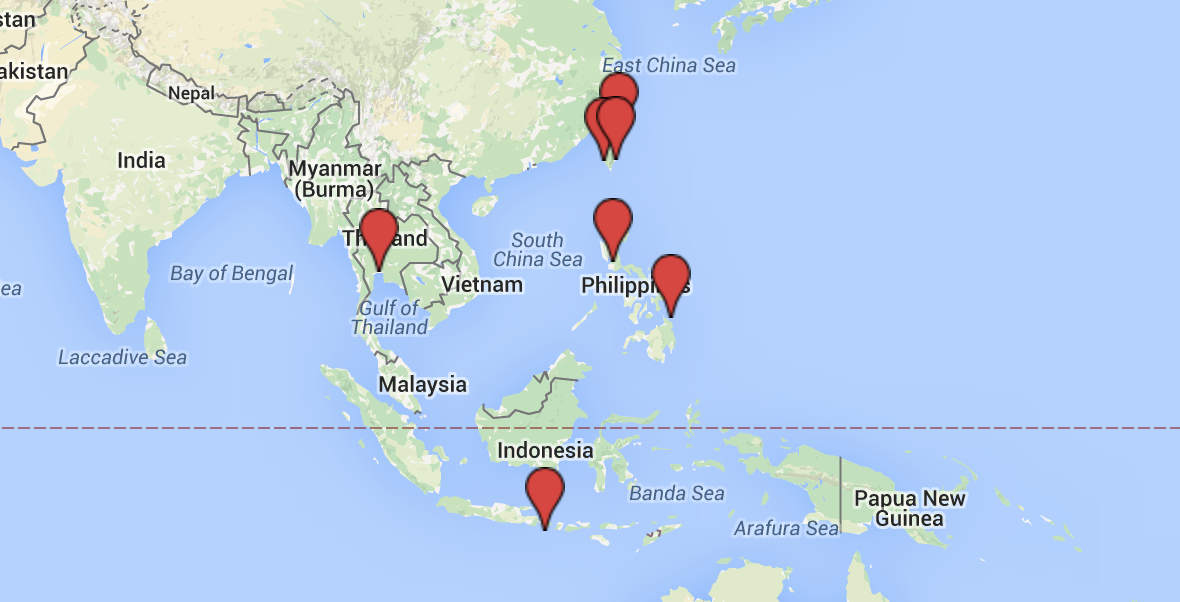 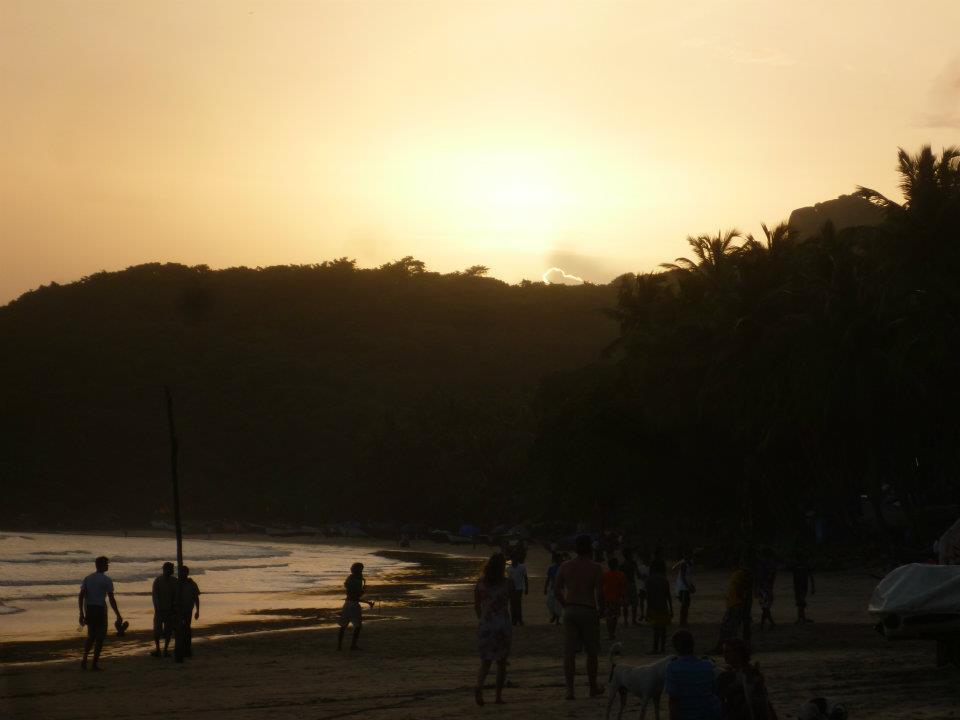 Next →
The Best Street Markets in India
Click here to cancel reply.