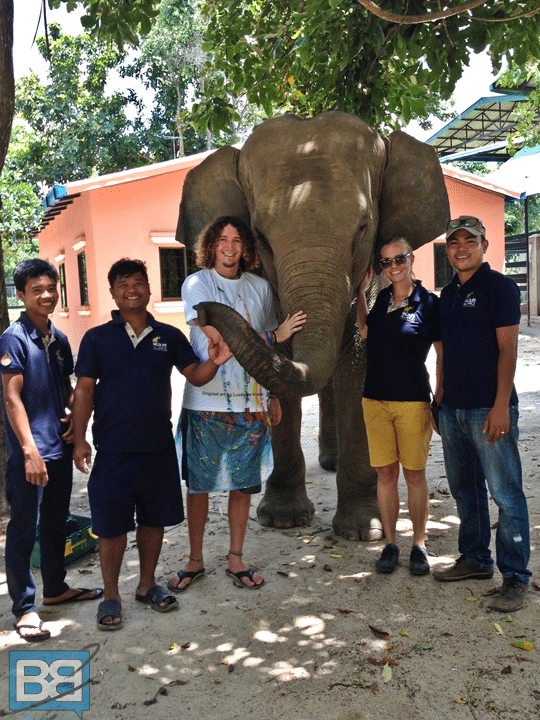 I’ve always been intrigued by the natural world, as a kid growing up I was fascinated by the ocean and would spend hours watching David Attenborough documentaries and exploring the fields around where I lived.

Since I started backpacking the world my fascination has been re ignited and I’ve suddenly found myself traveling to the places I watched on TV and being able to see all the amazing creatures in their natural habitats.

Things like swimming with wild dolphins, scuba diving with whale sharks, sailing the Galapagos Islands and sharing the outback with kangaroos are all things I always dreamt about doing.

As such conservation and the treatment of animals has become a prominent part of choosing my experiences – and in places like Asia it can be a minefield to balance experience with budget and animal welfare. You only have to take one look at the current news headlines of the girl being mauled at a Tiger “Sanctuary” outside Bangkok. 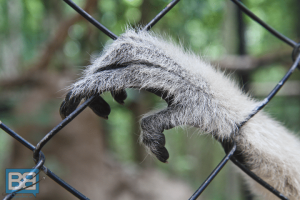 Just outside the capital of Phnom Penh the Cambodian arm of Wildlife Alliance works in close partnership with the national government to help curb the growing trade in exotic wildlife – with the traditional medicine and exotic pet trades being the 2 major culprits threatening wildlife across Cambodia and South East Asia as a whole – they’ve created a safe, relaxed environment in which rescued animals can receive medical treatment, recover and hopefully be rehabilitated enough to be released back into their natural habitat.

Of course though there are some which are too injured or reliant on humans to survive on their own and as such the center has some 1,200 permanent residents who call it home and relax in specially designed enclosures amongst their own kind – and some of whom become part of their breeding program, helping to further the conservation work.

I opted to go all out with the behind the scenes tour (slightly swayed by the fact I was traveling with a trainee vet!) which involves a solid day of being guided around the park and also offers the chance to get backstage, meet the staff and see parts of the centre and animals general admission won’t allow.

But even more of a draw it offered up some unique and amazing experiences you’d be hard pressed to find anyone else in Asia – but we’ll get to those later!

On arriving at the centre it was epic from the word go.

Within seconds of stepping foot outside the car the bushes in front of us parted and we were greeted by Aram and Jamran – two Asian elephants who call the centre  permanent home.

I’ve never been that up close and personal with an elephant before and at first it was quite daunting. That soon gave way to utter delight as the two sniffed us with their trunks and tucked into the hefty supply of bananas we’d brought along for them!

They then escorted us into the centre (via a cooling dip in their lake size bath!) and our tour around began.

Chouk (meaning “lotus flower”) the elephant is kind of the poster animal for the centre’s work and he was our first visit of the day.

Rescued back in 2007 his front left foot needed serious treatment as it had been lost, almost surely to a snare, and had become infected.

The centre hunted far and wide for experts who could make a custom prosthesis that would support his weight and finally in the Cambodian School of Prosthetics and Orthotics they succeeded.

Chhouk took to it instantly and day by day grew confident with his new ‘foot’ and can now easily jog around his enclosure.

However due to the intense wear and tear of being an elephant foot it needs to be completely changed every 8 months – which left the staff in another predicament – how do you make that much animal co-operate enough to be able to undergo such a delicate procedure without causing it stress or sedating it?

So over the last few years they’ve slowly trained Chhouk with a series of markers (“targets”) and positive reinforcement, which is an animal training method with absolutely zero abuse.

We saw this in action and it’s amazing how much trust has been built up between Chhouk and his handlers – he has no worries responding to both verbal and visual commands and he’s more than happy to gorge himself on the treats he earns as a result!

The behind the scenes tour, just launched this year as a fundraiser for the animals’ rescue and care, was guided by the lovely Tori and local Cambodian Vuth.

They both have genuine passion for their work – and most importantly the animals – which comes across throughout the guiding.

The animals too have a real love for them – greeting them, interacting with them and even demanding back rubs!

It’s that kind of trust between man and beast that really sets Wildlife Alliance apart from anywhere else I’ve ventured to – there is a very apparent bond between the workers and their animal friends.

You only have to hear the story of the elephant keeper Tam who didn’t return home for days while he cared for Chhouk as he needed him more, or meet one of the nursery keepers Pisey who wanders around with a baby monkey he’s hand rearing clinging to his shirt – only letting go to run around and cause chaos!

The sheer variety of animals here also makes it an incredible place to visit – tigers, monkeys, bears, gibbons, deer, slow loris….the list is pretty extensive. You also get to meet a heap of really endangered and rare creatures too.

Residents such as Pursat the hairy-nosed otter (thought to be extinct in the `90s and the only one of his species in captivity), the leopard cats and the sun bears are animals you’d be hard pushed to see anywhere else.

From an educational point of view Tori and Vuth are more than happy to share their wealth of knowledge and also chat through how Wildlife Alliance is working to build relationships with governments, zoos and other rescue centres across Asia and the rest of the world.

Having a trainee vet beside me meant they were really given a run for their money – but I can honestly say they passed with flying colours!

Easily one of the highlights of the day was making friends with Lucky the elephant. This lovely female was hand reared at the centre and trained using gentle positive reinforcement. She has no worries interacting with humans and you can tell she’s not bothered by us – let’s face it if a 2 tonne elephant doesn’t want to come say hi you’d be hard pushed to make it!

After introducing ourselves to her (she puts her trunk right up into your face and you then blow down it so she knows your smell) we had one of the most unique experiences I’ve ever had on the road.

I basically became a human canvas for an elephant that loves to paint!

Not only was this a unique souvenir from my time in Cambodia but it was hilarious when she decided to paint the girlfriend’s face instead of her tshirt, which ultimately resulted in one of my more amusing travel photos!

Many elephants in the world are being forced to paint through abuse and exploited to make money from elephant painting and other tricks, but Wildlife Alliance has trained Lucky through positive training and zero abuse and again Lucky has a whole heap of tasty treats to reward her artistry!

With the artist having finished her latest masterpieces (and having baby wiped our faces down!) we took Lucky for a walk.

…actually let me re-phrase that…it was very much Lucky taking us for a walk!

As she meandered through the forest which surrounds the centre she was free to go wherever she pleased – commonly straying from the path, snapping down young trees to munch on and forcing me to scramble through dense plant life to photograph her! It’s amazing how much personality she has and how relaxed she is – she certainly isn’t camera shy, that’s for sure!

I was lucky enough (no pun intended!) to join her on a pretty hot day so she decided to cool off in her bath – and we were invited to join to help wash her down.

Being waist deep in water washing an elephant who’s swimming around is one of the most surreal experiences and I was stoked to help bath her, definitely a major tick off the bucket list!

Well Worth Every Cent

The behind the scenes tour does however come with a larger price tag than most days out in Cambodia and indeed South East Asia.

The whole day will set you back $150 – however you can completely justify this price.

Not only do you get an amazing and memorable experience but 100% of tour profits go directly back into running the centre and help supplement the generous donations from sponsors, the government and individuals allowing them to continue their great work and help save and educate people on Cambodian wildlife.

If there’s going to be one splurge during your time in this part of the world and you love animals it’s a no brainer – just cut back on a few bucks on the rest of your trip!

Included in your day is pick up from Phnom Penh accommodation, fruits to feed the animals, lunch, behind the scenes access into the nursery, tiger dens, and more, your guides and of course a one of a kind tshirt painted by Lucky the Elephant – which now sits nicely framed on my wall.

You’ll leave with not only a heap of incredible memories but some awesome karma points too!

Many thanks to Tori and the guys at Phnom Tamao Wildlife Rescue Centre for bringing me along – check out their official website and Facebook page for more info, news and of course heaps of amazing pictures!