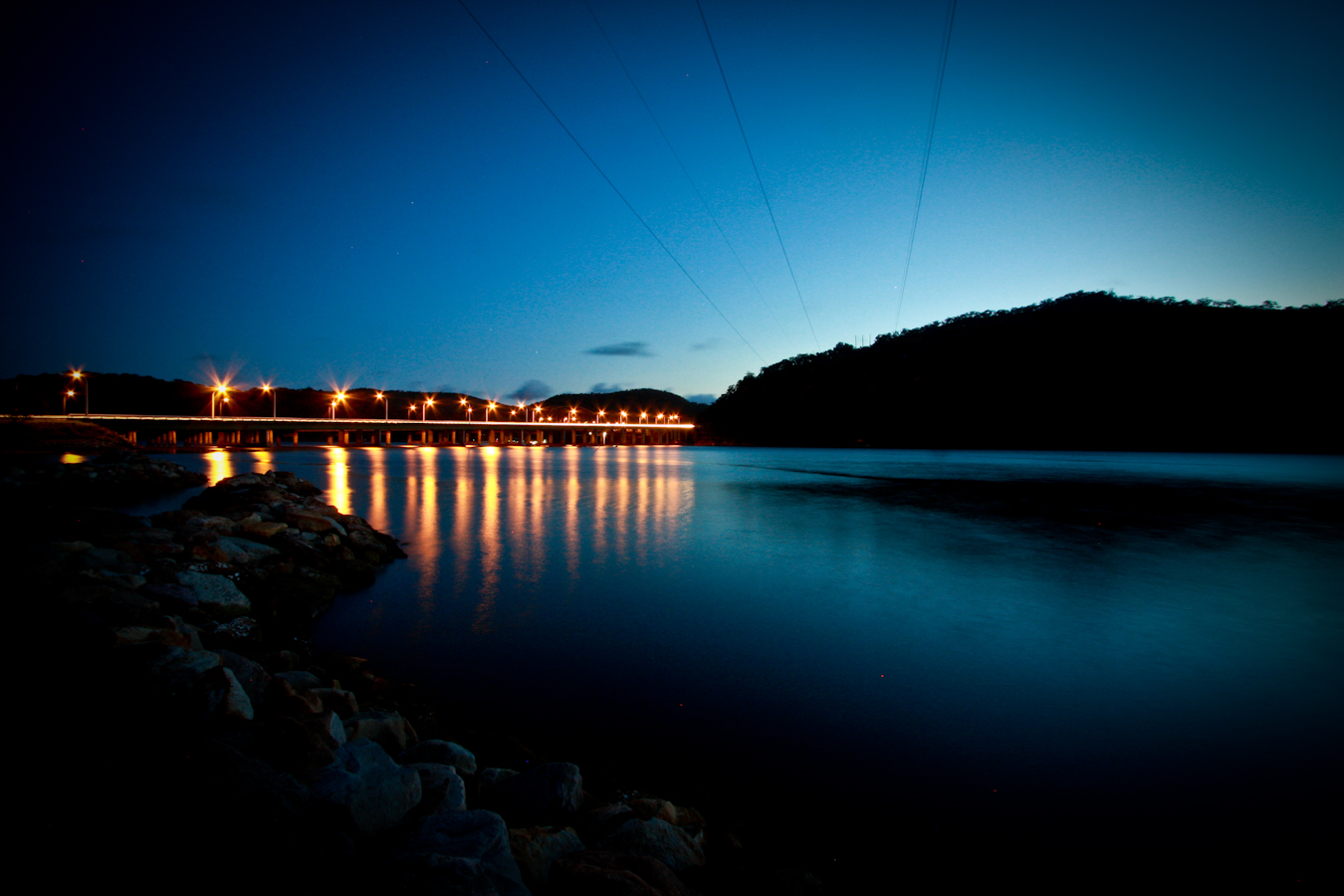 After a good nights sleep by the lake we hit the road again for a quick breakfast stop (well a supply stop at Coles!) in Gosford and then ploughed up the coast to Newcastle.

On the way there we couldn’t bring ourselves to avoid an amusing photo stop at Mooney Creek :)

After aimlessly driving around Newcastle to find the skate park for Keane we eventually decided to simply beach it!

After a jump in off the rocks and a rather long paddle to the take off spot I had a short and choppy surf before joining everyone for some tanning action on the shore.

Before we knew it it was 4pm…time to hit the road again and find a place to park the van and pitch the tents for the night!

The aim was Tea Gardens, about half hours drive. But as with most of my plans this didn’t quite pan out because its a rather posh marina town!

So we crossed the bridge over to Hawks Nest, a quick turn off from the Esplanade and we found the perfect spot – right next to the sand dunes and a stones throw from the shoreline.

The horseshoe bay we found ourselves at was completly empty and edged by mountains…resembling a scene out of ‘The Beach’ it was picture perfect. So after a quick evening swim and a spot of unsuccessful fishing we decided to start cooking. A lush meal of Ratatouille on the sand with the sun setting was had and then we got a beach fire going, a few glasses of goon were had and lots of banter and didge playing was enjoyed