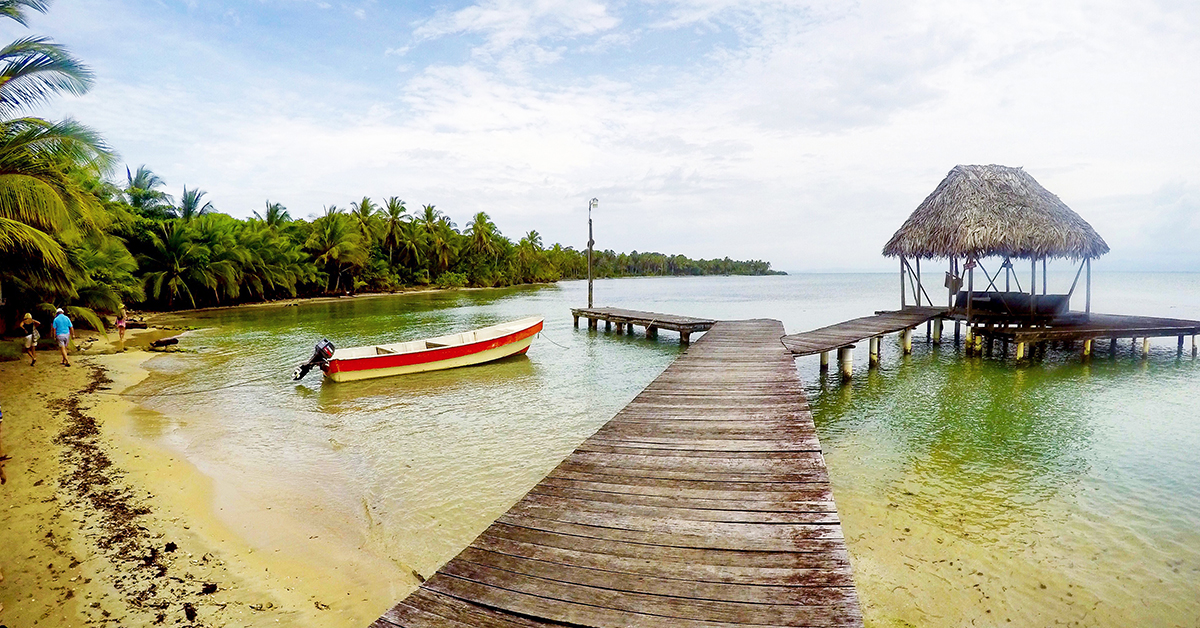 My Mini Guide To Backpacking Travel In Central America (Part 1)

After 3 months of travelling around Central America here’s part one to my mini guide to where to stay & what to do – including Costa Rica, Nicaragua and Panama

On a cold December morning in San Francisco I couldn’t stop looking at this one girls feed on Instagram. She had just finished backpacking Panama and all I could think about was, “Yea, I could do that, and I could do that alone.”

So without even thinking it through I bought a one way ticket to Panama City.

It took a moment for it to sink in, then after a few days the guilt came.

What did I just do?

Am I really going to backpack Central America by myself?

Will I get kidnapped?

Then the excitement came –  I’m going to freaking Panama!

But why would I just do Panama?! There were tons of country’s I could explore – Costa Rica, Nicaragua, Honduras, Belize- TONS!

I planned a basic outline but decided to go with the flow for the most part because the best part about traveling is the unknown!

So with a bit of research behind me I ended up travelling around Central America for just over 3 months – surfing, practicing yoga, partying and exploring.

With that in mind here’s my mini guide to my favourite places, activities and hostels from Panama, Costa Rica and Nicaragua to help inspire you to travel around this amazing part of the world – enjoy!

This city reminded me a lot of Miami, Florida. There were tons of great places to eat but my favorite was the Fish Market. With hundreds of little restaurants lining the pier the food was fresh and full of flavor (a place my boyfriend would probably loathe being a veggie!), but if you enjoy some fresh seafood this is the place to check out.

The local Panama beer is also delicious and its only $1!!

El Machico Hostel – Every time I passed through Panama City I stayed in this hostel. First of all it has a pool! Great atmosphere and is located in the best area. Close to the mall, restaurants, bars and the pier. Bonus- if you stay here you get a discount on the San Blas Islands!

If you want to party and party hard then lay out on the sand with a massive hangover this is the place for you! From surfing, snorkeling, to 4-wheeling your way through the jungle this was a major highlight of Panama. Hostels are cheap and there are a few islands you can bounce around from for a low cost.

Bubba’s House – this is right on the water where you can lounge in hammocks over the water and rent surf boards for cheap, plus the rooms have air con (bonus!).

Panama’s Paradise Rafael’s House – It’s a lot like Bubba’s house but its more of a party hostel. Great place to chill and meet some new people.

Must do on Boca Del Toro

Starfish beach! It takes about 30 mins by taxi and about a 20 min walk through the jungle and then BAM you end up at this hidden beach where starfish are EVERYWHERE! Rent some snorkeling gear and see for yourself.

Nicaragua is by far my favorite country, it’s a hidden gem that not a lot of people have traveled through.

The people are the kindest I have ever met and the scenery is unreal and it’s somewhere I highly recommend you check out if you’re heading to Central America soon before the crowds discover it! Here are a few of my favorite spots in Nicaragua.

If you don’t go here we can’t be friends!

Its an island with two active Volcanos on it and is surrounded by freshwater – take a boat out there and suddenly you feel like you’re in a scene from the  Blue Lagoon. We rented scooters and jetted around the island, takes about 2 hours to do the whole island with out stopping. You can also hike up to the waterfalls on the Volcano, or relax by the natural springs with a coconut filled with rum.

If you’re interested in doing a yoga retreat this is the place to go too! You can stay in treehouse’s and wake up with a view of the volcano every morning…pure bliss.

Best hostels to stay at in Ometepe:

Inanitah Yoga Retreat – Sleep in treehouse’s and wake up to an hour of morning yoga! If you want a relaxing time and retreat away from life go here.

Santa Cruz Hostel – I stayed here twice, its in the town of Santa Cruz (it’s also about 3k’s away from Inanitah). It’s cheap and the food here is to die for. Fresh, organic and if you’re a vegetarian you’ll want to stay here. Speculator view of the volcano as well.

Did you say Sunday Funday? Of course you did!

If you’re interested in drinking all day, swimming in pools, hoping around from fancy Villas to beach bars then San Juan Del Sur is your home – I loved it here so much I left and came back a month later.

With great surf spots, hiking trails, or lounging on the beach I felt like this was the place I could settle down in.

Travel Tip for solo females – Do not go on the beach at night, like… ever. If you want to walk around at night grab a friend from the hostel to walk with you.

Hostel Elizabeth – You can rent a room that is pretty much a studio apartment with a massive kitchen for $15 a night. Probably the cheapest hostel in San Juan Del Sur

Case Ora – Once again his is a party hostel but it has a great vibe, amazing staff and a roof top bar with cheap (strong) drinks. They also do work for accommodation if you’re interested in staying awhile.

[Tweet “”I loved San Juan Del Sur so much I left and came back a month later!””]

Hop on over to Leon and stay at Big Foot Hostel to get a discount on Volcano surfing, plus a free t-shirt (my favorite t-shirt of all time), free beer and a mojito after you’re done surfing. You hike up an active Volcano then board your way down.

It was even named The Second Best Thing To Do Before You Die!

If you want the traditional laid back Nicaragua head to Granada. It’s a cute little town with great food and a Beatles Bar that’s on Abby road!

Don’t hate me but this wasn’t my favorite place, don’t get me wrong, it was beautiful but also way too Americanized. There wasn’t much culture and it’s pretty expensive. However here are my two favorite places.

This town is on the Pacific side and has a nice beach to chill at, there are too many rocks to go surfing but jet skiing is always an option.

It’s also defiantly a party town, alcohol is expensive but you can find some happy hour places to get wasted at before going out and dancing!

Pura Vida Hostel – Once again, a great place for yoga and cheap beers!

Coral Reef Hostel – This place had amazing breakfast burritos and a free beer when you check in! The rooms also have air con, and the bathrooms were snazzy as fudge!

This is the island I got flooded on and couldn’t leave! While staying here the power went out so my little group and I did a lot of day drinking and running into the roaring waves. It’s also a great place to spot the sea turtles laying their eggs which is incredible! You can do a jungle walk through the forrest to spot some animals too if you want to stray away from the beach for a few hours!

The highlight of this place was taking a boat through the jungle to get to the island, takes about a hour and you have a high chance of seeing a crocodile!

Tip – Bring a lot of cash for this island, they don’t accept credit cards and there are no cash machines.

[Tweet “”Costa Rica was beautiful but also way too Americanized””]

San Jose is a transit city, but it also has some cool places to check out.

The markets and city center are a great place to buy some clothes and other items. If you’re looking for a quick break from traveling around and recharge there are  some nice hostels with pools and wifi check. Also theres a great mall to check out with an english movie theater if you’re interested in catching up with some flicks!

Hostel Urbano – this was a great relaxing place located right next to the party streets. Go out, meet people, drink your face off and then stumble back to the hostel. Rooms were clean and had nice cool/warm showers!

Hostel Pangea –  Want a pool? A bar? Nicest showers you’ll ever shower in while backpacking Central America? Well then you should probably stay here. It’s cheap, rooms have air con and theres a cheap shuttle that’ll take you to the airport if you plan of flying out of San Jose.

[Tweet “”San Jose is a transit city, but it also has some cool places to check out””]

I loved Central America and can’t wait to get back there soon – I’m guessing it wont take much to convince Chris to join me on an extended stay in Nicaragua with all the surf on offer!

And that’s part 1 of my  mini guide to backpacking Central America – keep an eye out for part 2 coming soon which includes Belize, Honduras, Mexico and El Salvador.

Have you visited Costa Rica, Nicaragua or Panama?