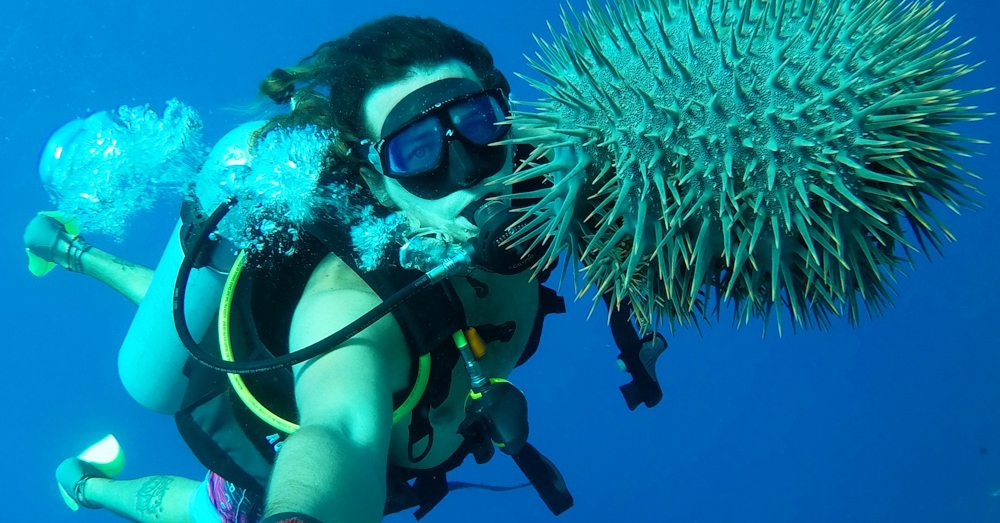 Want to get some good karma out of your travels? I got stuck into some marine conservation projects in Fijis Yasawa Islands with Awesome Adventures Fiji

Over the past few years scuba diving has become a large part of my world travels – almost as much as my surfing.

It’s a hobby I can indulge in many places where there are no waves and it’s another excuse to go spend some serious time in the ocean!

Through my diving though I’ve become more and more aware of how much we’re messing up the fragile balance of the ocean and the repercussions of things like commercial fishing and badly managed dive tourism.

So much so that I’ve now completely given up eating fish and I’m constantly trying to educate other on how bad the state of the ocean is, as well as how outrageous stuff like shark finning is.

But that’s a rant I’ll save for another day though!

So whilst I was out island hopping in Fiji with the guys from Awesome Adventures Fiji I was super keen to get stuck into some of the marine conservation projects they have going on out there and clock up some serious ocean karma and give the ocean a bit of a helping hand!

Their are two main bases for the Fiji marine conservation projects I checked out – the sister resorts of Kuata Island and Barefoot Island.

Even if you’re not keen on getting involved in the marine conservation they’re awesome island stop offs in the Yasawas in their own right!

Both have resident scuba dive instructors too so you can combine your experience with learning to dive, which means there are no excuses!

Kuata focuses on the sharkier side of things, with a marine biologist with a PHD in sharks, so you’re in amazing hands. Whilst Barefoot Island specialises in manta rays and their team have been gathering information and conducting research on these gentle giants for years to help understand more about these illusive creatures.

[Tweet “”you can combine your experience with learning to dive, which means there are no excuses!””]

If you haven’t seen a manta ray before I think the best way I could describe them is that they look like an underwater alien!

In fact the first time you see them it can be a bit un nerving being in the water with them and they’re pretty big and odd looking!

But these gentle giants cruise along the ocean currents feeding on microscopic plankton so they’re totally harmless and incredible to swim alongside.

The team on Barefoot Island have been running manta ray snorkel tours for years now, collecting invaluable data about these rather mysterious ocean dwellers.

Much like the shark encounter, this is less of a hands on marine conservation experience, but the money generated from the tours helps funds the research projects and allows the guys to gather heaps of information on the movements and feeding habits of these awesome fish.

In fact the best way you can help out with the manta rays is to take along your GoPro, TomTom Bandit or underwater camera and give the guys and video or images you shoot. This helps them identify and document individuals, adding to the worldwide manta database they are a part of.

If not simply strap on your fins and enjoy the experience knowing your tourism dollar is being invested in some important research!

CLICK HERE TO READ MORE ABOUT MY MANTA RAY EXPERIENCE

I freaking love sharks – they’re such misunderstood and amazing creatures and spending time underwater with them is always something I game for doing!

The guys on Kuata run an amazing shark encounter tour where you can swim alongside the resident white and black tip reef sharks.

Although technically you’re not personally collecting any research or helping yourself these tours help fund the shark research on the island.

All the images that get shot each day add to to the information the guys are collecting as well as providing info on population numbers and documenting their behavioural pattens.

Plus it’s a great way for the team to educate people on why they shouldn’t fear sharks and even the most apprehensive snorkelers come away from the trip with a new found love and respect for them – which is never a bad thing hey?!

CLICK HERE TO READ MORE ABOUT MY SHARK EXPERIENCE

Out of all the projects I got involved in I must admit that this was probably my least favourite.

Still marine conservation is always good so you can’t leave the poor clams to fend for themselves!

Basically over fishing of clams in the island – for food and for their decorative shells – has totally decimated the population and their slow growth and reproductive rate means they’re recovery is a slow one.

To give them a helping hand the guys on Barefoot Island breed them in special clam beds, keeping them safe from natural predators until they’re big enough to be relocated onto the surrounding reefs.

The marine conservation dive to help them involves a lot of underwater cleaning – both of the cage beds they’re housed in and the clams themselves – removing the algae that builds up on them.

At the end of the dive you have a blanket of sparkly clean clams well on their way to boosting the population…happy days!

As much as I enjoyed the sharks and manta rays for me the most fun marine conservation project was the crown of thorn removal!

These massive star fish have exploded population wise due to the over fishing of their natural predators.

The negative impact of this is the fact the starfish feast on the reef coral, so if they’re not kept in check they can totally destroy entire reef habitats, which is obviously not good news at all for any of the fish that call it home!

It just shows how a small change in the eco system can have a huge knock on effect.

So how does the project help? It’s pretty basic but effective – find the crown of thorn starfish and remove them!

To do this you basically dive around the reef with a metal pole, once you locate them prize them off their reef buffet and then put them in a bag to be removed from the water.

It’s incredible how abundant they are on the reef when you focus in on locating them and in an hour long dive we easily filled a huge cloth sack…about 40 in total!

It was actually very satisfying on a very basic hunter gatherer level!

As an experienced diver this was a great way to practice my buoyancy control as you’re working close to the reef and they’re not as easy as you might think to pry off the coral!

[Tweet “”It just shows how a small change in the eco system can have a huge knock on effect.””]

Overall I was stoked with the range of projects and ways you can get involved helping out – it’s a great alternative way to spend some time whilst island hopping in Fiji whilst still having fun – and of course clock up some good ocean karma!

So if you’re heading out to the Yasawa Islands anytime soon go get involved – no matter what your ocean experience it’s a great way to give back to this amazing country and help preserve one of their biggest sources of food and tourism.

Whether you opt to do it as part of a shorter stay on the island or even go all out and enrol in the Marine Conservation Experiences on offer out there (where you can stay and help out from 1 week to 3 months!) you’ll be making a difference.

Have you got involved in any marine conservation projects in Fiji or abroad? What did you get up to and how did you find it? 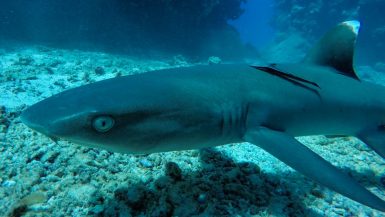 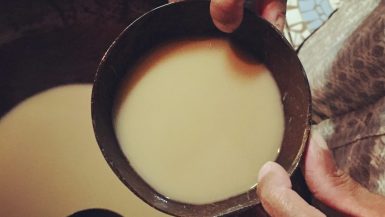 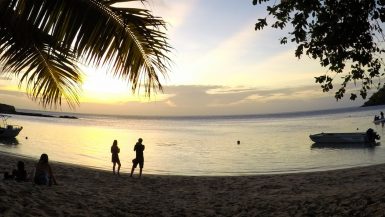 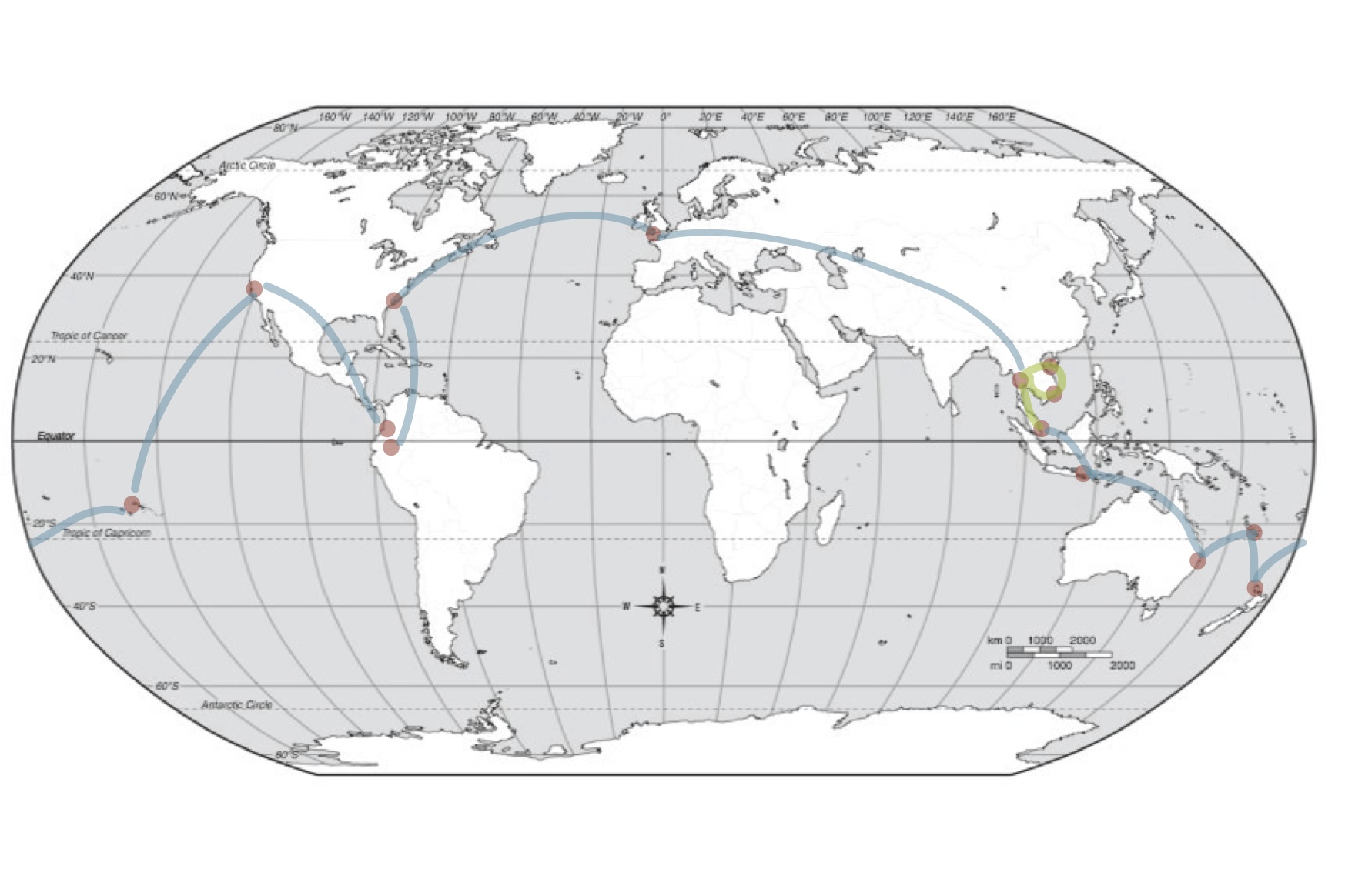