It’s pretty sweet being able to roll up, hire sum kit and hit the water anywhere in the world

If you’re looking into it check out my mini diary…

Early morning (7am…..yes 7am!) boat departure, hit the reef for 2 training dives, a welcome change to the pool training we’ve just completed! Spent the afternoon snorkelling with my underwater housing finding nemo amongst the beautiful corals, and a metre long Maouri Wrasse joined us for a bit – it came right up to a diver and stole his regulator clean out of his mouth!

Afterwards we transfered from the day boat to my floating accommodation – its uber plush! No afternoon dive so chillaxed and sunbathed with some relaxing tunes on the upper deck with a beer. No night dive tonight but we watched the feeding frenzy of fish lit by the floodlights, and about 8 sharks cruising around, so naturally a few of us suited up and got lowered on the dive platform to go snorkelling with them! They’re such graceful animals and watching them swim about 3 foot away from us was an awesome experience!

ANOTHER early morning, this time at 6am! First dive at 6:30am – yes i was out of bed and 18m underwater by 6:30AM! Bit of a fun dive off the reef with a few skill tests thrown in for good measure, followed by another dive 30mins later. This constituted my last skill test and I’m now a qualified open water diver! STOKED! My first unguided dive was in the afternoon, went out with the German guys I’ve met on the boat. We swam with a green turtle which was an amazing experience and as we stopped off at 5m for our safety stop the Maouri Wrasse joined us again and played around letting us stroke it!

Then it was time to get stuck into the advanced section of my dive course. First dive was PPB (peak performance bouyancy) where you learn how to position yourself in the water and adjust your weighting due to the use of air, wetsuits etc, but it basically involved hovering in a yoga position for a few minutes and then swimming through rings face down and then face up! On the way back  we saw a baby manta ray – crazy little things!

After tea came the final dive of the day – a night dive! Cue the feeding frenzy created off the back of the boat and a shark briefing for “ring of steel”! Before i knew it I was torched up and descending into the dark depths. The reef is freaking lush at night and i found it more relaxing than during the day! Another amusing thing about night dives is GT spotting. GT’s (a large fish) have learnt they can hunt in night divers spotlights, so basically if you see a fish and hold your light on it within seconds the GT’s shoot past and eat it! But we were limited to one kill each and could only point it at ugly fish!

On the way back our torch lights started picking up green eyes – which meant one thing – grey reef sharks! We were surrounded by about 8 decent sized ones, just cruising past us. They’re so graceful and as much as i thought i might i didn’t panic. They were awesome to watch!

Another 6am dive! Jesus Christ it’s an early hour to be up and having to concentrate!

First dive of the day was another element of my advanced course – deep sea diver. Basically it increased the depth I could dive at from 18m to 30m. There’s a load of shizzle that changes at that depth – alot of colour gets sucked out of things, although it’s reds mainly. Secondly the pressure does amusing things. While kneeling on the seabed Olly (my instructor) demonstrated this by cracking a few eggs, which stayed intact! We then proceeded to play egg ping pong,which was rather amusing! But one of the main dangers of diving deep is nitrogen narcosis – basically its like doing a NOS baloon; you feel dizzy, drunk and generally stop concentrating, which can be extremely dangerous under the water.

Second dive of the day was another element – underwater navigation. I learnt how to fin kick count and use the compass underwater as well as using natural elements (sea bed/reefs/mooring lines) to navigate and be aware of the boat position. Dived around the reef walls and was joined by another green turtle – and also a fully grown white tip reef shark, which was a pleasant change to see in the daylight.

Third dive of the day was with Linzi – who gets annoyed cos I tank through air twice as fast as her! Had an underwater boogie and even cruised along with yet more green turtles.

Fourth dive of the day was with a new dive buddy, a Swede called Lynn. We hired a dive housing and spent the time papping the sealife – but then ended up being vain and shooting each other! Loads of flowery cod and odd shaped baramundi cod to be seen.

Last dive of the day was another night dive. No sharks tonight but saw some lobsters and managed to get some GT kills in too!

Morning dive with 2 Hawiians who I met over tea the night before, took the camera again but visibility was limited so couldn’t shoot much.

Next we hit a site called Saxons Bay for my second dive with Lynn, beautiful site with lush corals and steep reef walls. Saw some crazy cuttle fish and a HUGE stingray – but learnt from Steve Irwin not to go near them!

The third and final dive of the day was my final element for my advance qualification – my specialization in underwater photography. I was joined by 2 other divers (included a fellow Devonian) who were doing marine identification. I started shooting some underwater landscapes when a white tip reef shark cruised right by me. It was followed up by a spiny lobster and some smusing antics from another friendly cuttlefish.

I’m headed back to dry land now – its been an epic few days and I’ve loved every moment of it, although I’m shattered and in need of a nice lie in!

The guys from Oceanquest and Deep Sea Divers Den in Cairns were great throughout, their knowledge, professionalism and friendliness made the whole experience a great one.

If you’re looking to explore the Great Barrier Reef – be it a snorkel, a dive, a day trip or a full liveaboard course like myself – I highly recommend them. Their facilities are modern, clean and everything is done with a smile. Big thanks to Olly for guiding me through my course.

Check out the link below for more their website and more information. 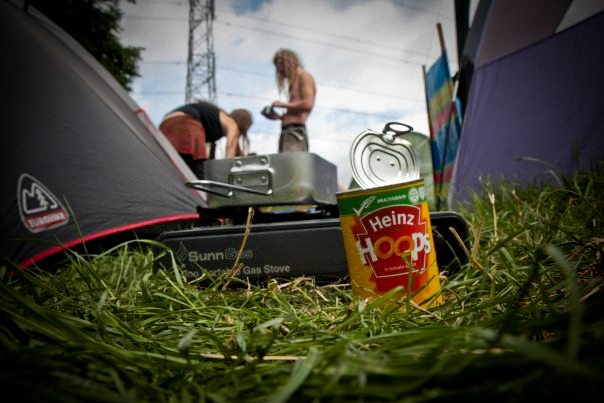