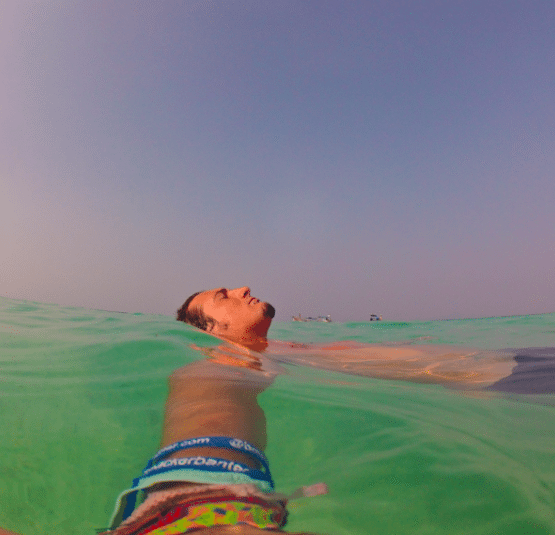 How Is Long Term Travel Affecting My Mental Health?!

As a long term traveller I lead a rather odd life to say the least.

Many people I know don’t really understand what I do or how I can be away for such prolonged periods and to be honest I can understand how they must feel – because there are points where even I have no idea either!

After spending the last month back in the UK (my first time home for nearly 2 years) I headed off again this week back to Asia for the rest of the year.

The nerves I had boarding that plane again and saying goodbye to everyone is something I haven’t felt like for a while – and conjured up questions about my thoughts and feelings about hitting the road again…but it got me thinking – how the hell is all this travel affecting my mental health?!

I’ll openly admit that in the list few days I’ve felt very odd and not entirely comfortable with heading out again. It may seem strange as I’m totally in love with travel but returning home gave me a base and some normality to my life again!

In the last week I’ve gone from waking up in my own bed, to waking up at my girlfriends flat in Switzerland. From there I woke up in a buddies apartment in London, on a plane at 30,000 feet, in Bangkok and then on a night bus.

To be blunt it’s been a massive head f*ck!

You know that feeling when you wake up and you have no clue where you are and that everything you’ve done in the last few days seems like a hazy dream?!

My mind is in total limbo right now and combined with a huge lack of sleep – I think I’ve grabbed about 9hours total in the last 4 days – I’m walking around like some kind of backpacking zombie!

I know it’s a feeling that will fade, but it’s a good reminder of why I still need to slow the pace down. My travels are no longer a rush to tick places, this has turned into a marathon, not a sprint and I need to make sure I don’t try and outrun myself.

One of the biggest mental struggles I think I have – and I’m guessing most long term travellers will have – is that lack of constants in their life, things that help anchor you and give you a clearer perspective on where you are, where you’ve been and where you’re heading.

My lifestyle doesn’t have the constants that my friends lives have. I don’t have a single base, I don’t have a guaranteed and steady income (seriously it can be all over the place) and I don’t even have the security of a close group of friends with me.

In fact apart from my family my girlfriend is pretty much the only constant I have. I chat to her everyday and I think to a large degree she’s one of the only things keeping me sane!

I’ve travelled whilst single before and I’ve always found myself in relationships within a few months,  I guess it’s the best constant to have though – someone you can rely on, someone you can share everything with (admittedly though I am rather closed up most of the time) and someone who helps anchor you to some sort of normality.

I also know this train of thought is also somewhat down to the fact I’m travelling properly solo for the first time since march. I’ve been lucky enough this year to be joined by friends and family for the majority of my times, but once again I’ve found myself going solo and it’s going to take some readjustment of my mindset.

Normality – or what most of the world takes as normal – seems to be the reoccurring theme in my thought process on how I’m dealing with life on the road.

It’s not normal to do this.

But how can you really think it’s normal to work all your life in an office? Normal is only what we want it to be and the vast majority of people accept what society considers normal. And we all know what society doesn’t see as normal becomes weird, a threat or outcast.

I guess that’s what us long term travellers have to battle with all the time. People questioning what we’re doing and constantly asking us when we’ll settle down or get a ‘real job’.

If I was to ask you that every other day you’d start doubting your decisions and questioning your choices wouldn’t you?

For me its become very much a case of living in the moment. I don’t really have any long term plans, I really don’t have a huge long term goal.

If you were to ask me what I wanted from life I’d simply reply with the fact I want to be happy, be in the sun and be able to surf.

My priorities in life are very simple!

On one hand I love that side of my thinking and I think the people I’m close to realise it’s part of how I am, but on the other hand I wonder if it’s really the best and most productive way to live…maybe I need a little more structure occasionally?

What a lot of long term backpackers – and bloggers in particular – don’t tell you is how travel can sometimes suck…and it really can.

Some people really can’t cope with being far away from home, even for a short period of time and I’ve chatted to people who’ve landed in a place, freaked out  not moved around and worked themselves into such a head space they simply bail and head home.

I don’t want to put anyone off travelling but it can happen. You just need to learn how to manage your nerves and feelings.

I haven’t really mentioned it much but mid this year I totally freaked out in my head, call it a mid mid life crisis if you will, where I began to question everything I was doing, where I was heading and I barely spoke to anyone at home for a couple of weeks.

Part of me wondered why I didn’t have a normal job, why I wasn’t living with my girlfriend and why I was seemingly running away from normal life.

In the end I realised the only person that could drag me out of this thought process was me and I surrounded myself with some amazing people, did some pondering on the beach and realised I could change my lifestyle at any moment.

I could fly home anytime I wanted, rent a house, get an office job and become ‘normal’.

But then I look at the issues this life produces. I’ve heard conversations over the last month where incredibly mundane and trivial things I would never think twice about have consumed people and really put then in a bad place.

People in normal live have just as many issues but their escape isn’t as easy.

Going back to normal life is the easy option. I’ve chosen the path with great rewards, but the best things in life are often the hardest to achieve – you need to stick with it and ride out the storm.

So How’s Travel Affecting Me?

Well it’s made me reckless and a risk taker – but in the best way possible.

Like the saying goes – you always regret the chances you didn’t take more than the ones you did.

Just make sure if you commit yourself for the long haul you’re ready to take on both sides of the coin…it’s a lifestyle choice where the highs are high and the lows are low, but it’s one ultimately I know was the best choice.

For me I think the only major thing long term travel has done to my train of thought is to broaden it and irreparably affect the way I’m wired. I’m no longer content with 9-5, no longer able to really deal with being in one place for more than a few months and always wanting more and more adventure.

But at the end of the day it’s a positive change.

For now I just have to readjust, get back in the backpacker bubble and rediscover everything what makes me tick…and catch up with some sleep…I think that will definitely help! Luckily I’m about to jump on a dive boat to the Similans – just the ocean and sunsets to distract me and no wifi, it’s exactly the bit of downtime I need.

This is just one side of the mindset too, I’ll ask myself the same question in a few weeks once I’m back in the flow of being a traveller and I’m sure it’ll be a totally different answer!

Have any of you guys had any bad moments on the road or suffered from backpacker burnout? Share the love in the comments and we’ll get some group therapy going!