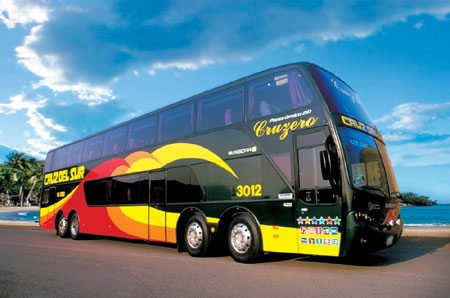 How I Travelled Overland in Ecuador and Peru

Heading out to Ecuador during my time in South America I had a few unanswered questions in my travel plans – how the hell was I going to make my way overland into Peru and onwards?!

I’d done a bit of googling, but to be honest the answers were a bit all over the shot and did nothing to reassure me when people mentioned issues about the border crossing between the two countries, great!

Sure riding a riverboat to Iquitos in the Peruvian Amazons is the adventurous alternative, but for me I just wanted to get to the coastline of Peru and score some more waves!

Whilst working at The Cabanas in Montanita I had a great resource at my disposal – a constant stream of backpackers who had travelled through various parts of south America in various ways, so I did my best to get the information I needed that way.

The conclusions was pretty simple actually, you get what you pay for. I decided to take this advice and rather than try to save a few bucks here and there and take a few local buses I opted to pay for a more premium and comfortable service.

I’m pretty glad I did as my experience throughout was pretty glitch free, including the border crossing into Peru. There’s a rather treacherous looking no mans land town that sits between the border of them both, about 2kms long.

By paying the extra for a better company we got stamped out of Ecuador, got back on the same bus, drove to the Peruvian immigration building, got stamped in and continued down the coast.

Cheaper companies save money by simply dropping you at the Ecuadorian border, where you have to make your own way, carrying your luggage, to the Peruvian side before jumping on a new bus – an option that I’d strongly advise against.

My first bus journey was with Cruz Del Sur, and it went smoothly. So with most of my decision I went with the “if it’s not broken then don’t fix it” option and used them throughout. Sure I ended up paying slightly more, but my service stayed consistent and reliable throughout.

The only exception to this was my Puno – Cusco bus where I had to use another company, simply due to the fact CDS didn’t operate a direct service between the two.

One of the things I had been told was to go first class. However I opted to go with 2nd simply to save some money. Second class on a South American bus puts National Express to shame and even beats economy on a plane!

The seats were wide and super comfortable, there was plenty of leg room and it even reclined 170 degrees allowing me to to sleep heaps! There was an on board meal on most journeys, blankets, pillows and a stream of movies to keep me occupied – and on some of the longer legs even free wifi! Now you can’t complain with that!

I did use first class on one journey, yes I did have a little bit of a bigger seat and fewer people in the downstairs area, but to be honest there wasn’t a heaps big difference.

So here’s what I actually undertook by bus during my 6 week journey across Ecuador and Peru;

After completing the above journeys in the space of just over a week (bar the Guayaquil – Mancora leg) I was understandably fed up travelling overland and opted to do my final stretch from Cusco to Lima via air.

This reduced a 22 hour bus journey into a 90 minute flight with TACA and I got it for around £80, which I didn’t think was too bad considering the alternative time frame!

Getting buses booked in south America was a pretty painless experience, and many hostels can arrange them on your behalf and as far as my time on them is concerned it was safe and comfortable and easy to book large chunks if needed with the reassurance I could change tickets if needed.

I would however advise a bit of pre planning and pay attention to public holidays as on a few occasions I had to shuffle my plans around due to services being full and did get stung for some extra dollar as a result.

My experience going overland in the two countries has definitely upped the bar for my travel experience and it’s been tough to match these expectations – there’s a lot that could be learnt on price and service by many companies in the UK!

It’s also reassured me that when I return to explore more of South America going overland is going to be the easiest and cheapest way to accomplish it.