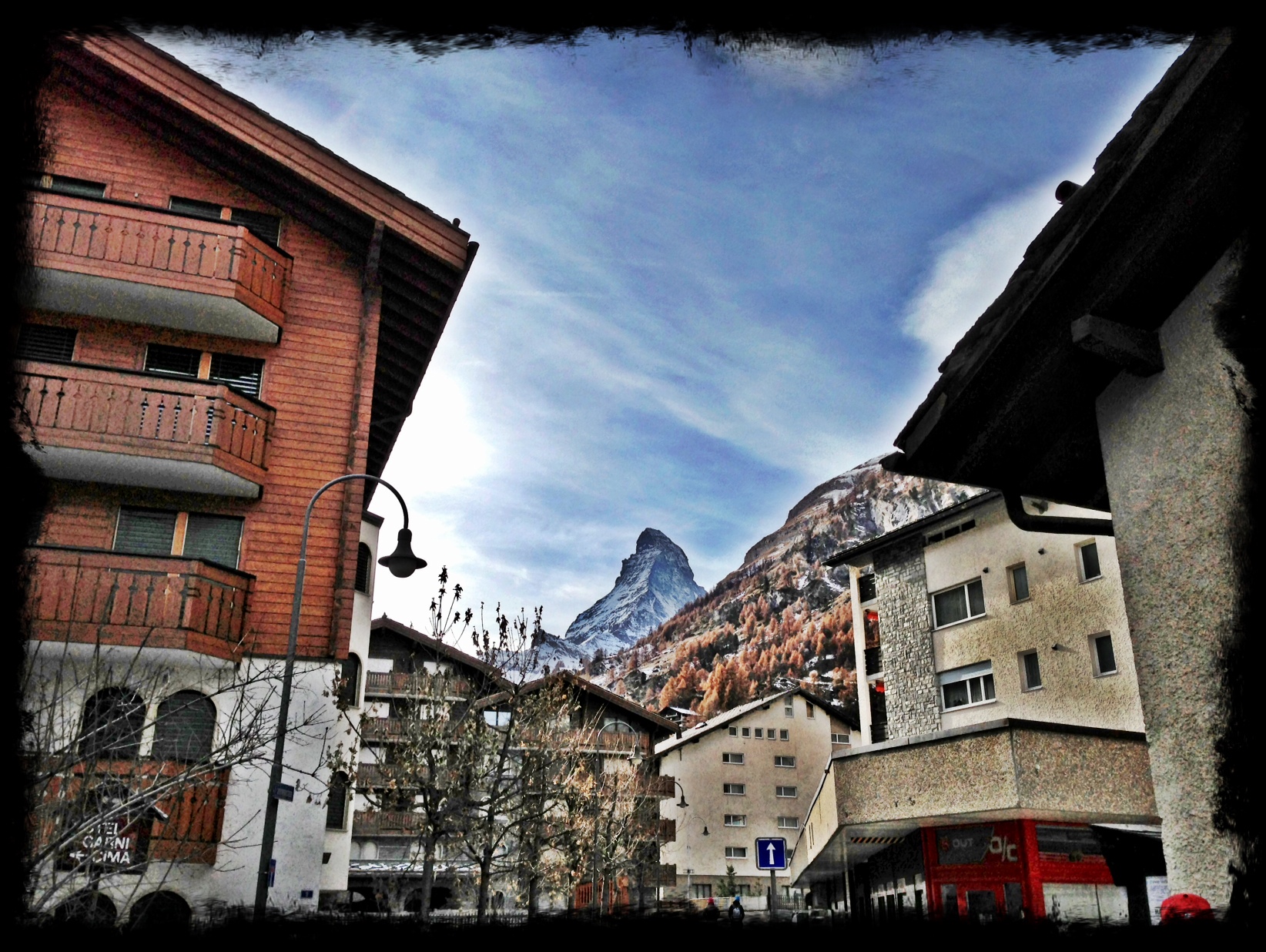 There were a few things I was determined to do with my time in Switzerland and I’m happy to say that I ticked off pretty much all of them during my 6 week stay.

Top of the list though by a long way was hitting the slopes and trying my hand at snowboarding, something I’ve been meaning to do for a long time but I’ve simply been enjoying the comfort of warmer climates!

Ever since I first tried snowboarding on a German exchange at the age of 15 I’ve been wanting to try it again.

10 years later and with a heap of surfing and boardsport knowledge under my belt I was intrigued whether it would transfer to the snow. Surely it would?

My first near chance was in Laax, at the girls place in the mountains. Unfortunately though the snow season hadn’t properly started so it was only the experienced runs that were open – perfect for Katja (who’s been skiing since the age of 3) but not for a novice like myself! Luckily though I didn’t waste my time there and went on an epic photo wander through the mountain peaks – some of the pics made it into my Switzerland Top Shots.

After pinging off some emails and working alongside My Switzerland I got an offer to give hitting the slopes another go, this time combining it with a trip to the Matterhorn in Zermatt – needless to say I jumped at the chance and boarded a train a day later!

In the Shadow of the Matterhorn

Zermatt is a quaint little place in the shadow of the Matterhorn – apparently the most photographed peak in Europe! It’s also the mountain that’s on the Toblerone packet too – some interesting yet useless facts for you!

Anyways the town itself is infamous for it’s varied ski fields – and the mountain range lies right on the Swiss/Italian border so you can pick your side!

I was instantly infatuated by the place. It’s quaint mountain lodges nestled in the valley amongst the magnificent snow capped peaks with the hustle and bustle of skiers and snowboarders in it’s many pubs and restaurants.

My invite to go snowboarding came from Michelle and Martin of AER Snowboard & Ski School and I couldn’t have been in better hands.

After a guided tour of the town by Michelle – with 2 year old Jay and a 10 week old in tow – me and Katja knew out way around and had a huge list of pubs, shops, sites and places to eat to choose from! Needless to say we made the most of it during the rest of the day!

And after hiring our snowboard kit we sensibly opted for an early night, the sun disappearing behind the silhouette of the Matterhorn – which we had the perfect view of from our apartment.

Waking up at the crack of dawn we looked out the window to make sure snowboarding was a go. Wispy clouds crept through the blue skies and the first light of day glinted off the peaks – it was on!

Kitting up in all our gear was a pretty fun experience and as we caught the bus to the ski lift I felt and looked the part!

20 minutes later we reached the top with Martin who was our instructor for the day – pointing out all manner of interesting things on the journey up and explaining the plan for the morning.

As we stepped out of the lift the first thing that hit me was the icy wind. I’ve spent all year being pretty warm and it wasn’t pleasant!

I soon warmed up though in my layers of snowboarding kit and lugging my board over the snow and through the already busy slope to the beginner area!

Being a private lesson (AER only offer private/small group options) we had the undivided attention of Martin, which meant everything went at our pace and we got heaps of time riding and practicing rathe than sitting around waiting for others.

This meant 2 things – firstly we both progressed pretty well (I think so anyhow!) and we had heaps of fun!

First off Martin guided through basic stances and body positioning – taking careful attention  to make sure I shifted my weight from back to front foot, something he had pre warned me about due to my background in surfing!

After nailing that (bail free might I add!) came the ski lift rope. Personally I was bricking it about this given my rubbish attempts at using one back at the age of 15! Needless to say Katja with her years experience nailed it no worries – I was secretly hoping she wouldn’t so the pressure would be off me!

To my surprise though I had no worries! And that meant one thing – we could hit a bigger run!

The aim of the game for the next hour or so was getting our carving/zig zagging skills down. Katja, despite her lack of experience on any kind of board, eased into it and had no problems.

I on the other hand jumped in slightly gun hoe – desperate to get some speed up and being a little bit to comfortable on backside turning due to surfing.

I struggled heaps with front side turns, which effectively turned my zig zag into a slightly more AWOL affair.

Martin talked me through it, noted my faults and helped me build on it and progress run after run. He carefully explained the physics of it and gave clear and concise demos of what we had to follow.

And on the times I was sensible enough to forget about “looking cool” and use the over exaggerated arm movements it worked!

After nearly 3 hours we’d gone from zero to not quite hero, but certainly alot more confident and clued up on what we needed to do. It’s just a case of practice makes perfect, but the basics are now well and truly in place – and I’m stoked to hit up the slopes again over xmas!

The guys at AER Snowboard & Ski School come highly recommended by me – they have a great team this winter and the 1 on 1 or small group (max 4) per instructor means you get alot more bang for your buck learning wise.

If I’d had more time and money I would’ve loved to have booked onto a weeks intensive course and really got stuck in!

If you are thinking of heading somewhere to learn I can certainly vouch for Switzerland as a destination and AER as you’re guys on the ground!

Just be aware of the cost involved though – snowboarding isn’t a cheap sport as I found out!

Overall my hire costs came to about £70 (for board, jacket, trousers, boots, helmet and googles) and the day pass for the ski lift about £60.

But they’ve also been awesome enough to offer BackpackerBanter.com readers 10% off any booking – which is sick as!

All you have to do is quote the promo code “BPB Snow Deal” and mention that you saw this review on the site!

For more info on what AER offer check out their main site – AERZone.ch – or have a look at some of their epic shots over on their Facebook Page.

**Please note, I received a complimentary private snowboarding lesson from AER Snowboard & Ski School, but all opinions are honest and my own**