Saying Goodbye To Montanita: The Next Adventure… It seems only yesterday that I landed back in South America after a cold festive period in Europe and headed to the sun drenched surfer town of Montanita in Ecuador.

It’s a place I’ve visited three times now and every time I fall a little more in love with the people and the town.

But 3 months has already passed again and with my Ecuadorian visa fast running into its final days it’s time for me to pack my bags once again, say goodbye to my buddies and say goodbye to Montanita as I head off on my next adventure…

Over the last few months I’ve enjoyed being back in the sun and fun of south american surf culture where I’ve spent my days on the beach surf coaching with the ever amusing Vago (his nickname is Ecuadorian for lazy!) and working alongside the awesome guys at Montanita Spanish School, my afternoons chilling by the pool at my home in Montanita Cabanas, whilst my nights has been spent drinking cocktails, watching sunset and salsa dancing under the stars. 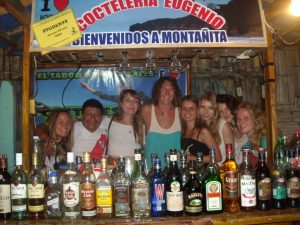 It has definitely been a work hard, play harder affair – just without the work hard bit!

I’ve survived the chaos of carnival in all it’s foam covered goodness, I’ve taken road trips to places like Isla De La Plata and Ayampe but most of all I’ve enjoyed the waves along the coastline.

Spending my spare time in the ocean surrounded by good friends from around the globe – Ecuadorian and international – is always my preferred way to spend my travels and being able to pass on the stoke to newbie surfers is full of job satisfaction.

The people I’ve met and have re met here always make my stay – the staff at Montanita Spanish School (including my Ecuadorian sister Karen!) have been awesome as usual, fellow surf instructor and surf buddy Flo and of course my partner in crime Gijs have totally made my time here amazing.

Once again I’ll be sad to say goodbye.

…but goodbyes have become part and parcel of my lifestyle now and it’s time to move on again.

Unfortunately the last few weeks have thrown everything slightly into limbo, finding myself single again and then dislocation and breaking my toe have thrown both my immediate and future travel planes totally off the rails.

I had to cancel my Galapagos trip (which I was super stoked for) but the next few weeks I had pencilled for something very specific.

Having worked (somewhat!) for the last few months I had scheduled in 2 weeks of surf and relaxation in northern Peru – in Mancora and Lobitos. 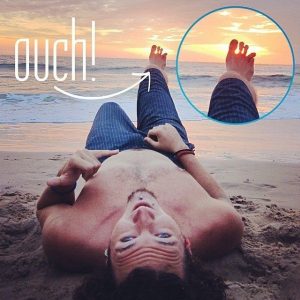 Yeah That Was A Fun Evening!

These little surf towns are home to 2 of the best left hand point breaks in the world and I was stoked to spend some time cruising down the line without any worry about surf classes or social media.

But since my foot has ruled surfing out for the next 4 weeks (seriously I’m going stir crazy already!) it looks more like a pool side vacation that exploring uncrowded waves in board shorts…which is a massive disappointment.

Still with £480 in charges to re route and date change my return flight it looks like I have to head that way anyway to depart from Lima.

Which basically means my surf trip now involves me sat in front of a laptop trying to be productive and make some use out of my land bound situation! I have a couple of unfinished projects in the works so hopefully I’ll get them done and dusted (or at least 90% completed) before I bounce onward again.

But this isn’t a goodbye to Montanita or all the amazing faces I’ve met along the way – this is a see you soon.

I know I’ll be back here again someday (I’m already toying with the idea of coming back next year!) and it seems I cross paths with heaps of travel buddies across the globe now – be it in the sweaty heat of Koh San Road in Thailand, in the lineup in Indonesia or simply stealing a sofa to crash on when I land somewhere new!

To everyone I’ve met in the last few months – muchos gracias for all the good times, surf times and drunk times.

Here’s to the next adventure…wherever it may lead me! 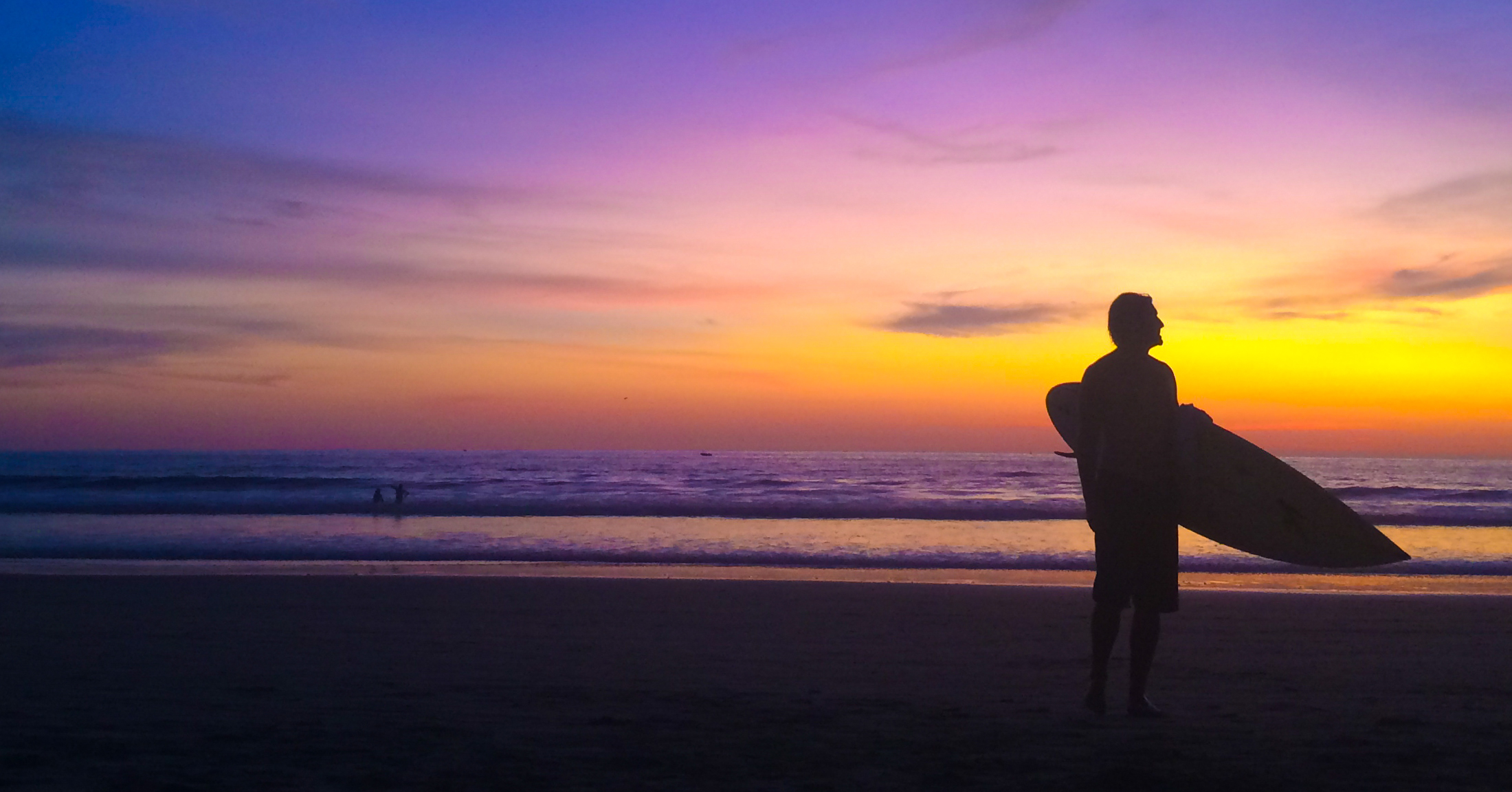 Next →
My Guide to Montanita, Ecuador
Click here to cancel reply.

I've read a few of your entries for South America (you've totally sold me on Montanita) and I'm planning a solo trip there starting March 2016. It's my first time travelling solo and obviously I don't know anyone abroad yet, but I was wondering if there was anyone you could put me onto (like a local or fellow traveller) for an island hopping Galapagos trip (or even anywhere else for that matter!). I've looked at tours on offer and they sound cool but I'm really craving that self-driven type of travel with as few tours as possible, living like a local - I'm totally fine roughing it whenever I have to and my budget is super low. Do you reckon this is actually possible? I'm a solo 22 year old female traveller and I know there are certain risks with being as independent as I want to be, but I can't help the craving I have and I just feel it needs to be done by any means necessary!

Would be grateful for any connections or suggested routes for the stuff I'd like to do.

Hey Alice, Stoked yo hear you're heading to Montanita - let me know if you need accom sorted as I can offer you a discount at some places - and the Galapagos is an amazing place to explore, I loved it. For ease of travel a tour is a good option as it means you can sit back and enjoy the ride as well as meet other travellers, plus you can always add on some days pre and post tour to explore a bit more off your own back. If time isn't an issue you can also just fly out there and book last minute day trips or boats between the island too, but be aware its not the cheapest place to get around so look into all your options carefully!