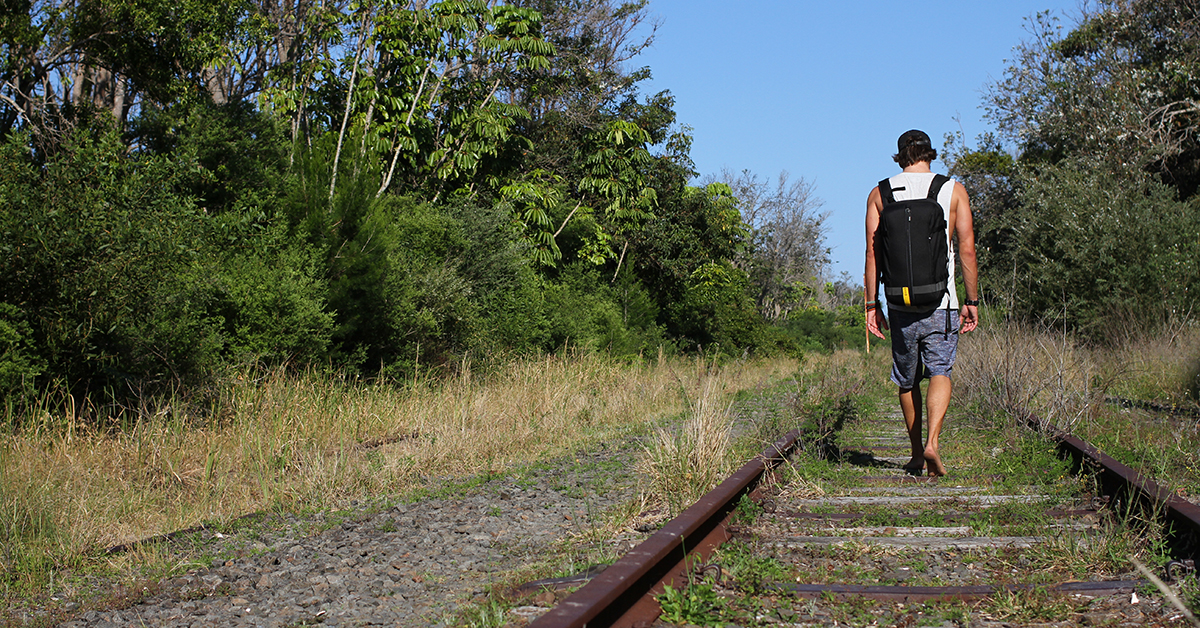 Want to win an awesome new carry on backpacker courtesy of my buddies at Slicks Backpacks? Then check out this post, It’s quick and easy to enter…!

As a traveller there is one piece of kit that I use on almost a daily basis – a backpack.

It’s a fundamental to my lifestyle and something that I use heavily, so I’m pretty picky about which ones I choose to test out or use personally as they really have to be able to take a beating being thrown into overhead lockers, night buses, flights as I travel around.

And I’ve tested out a fair few over the years.

…and destroyed a few in the process too!

Over the last few months I’ve been testing out a new company called Slicks Backpacks and shooting some promotional shots for them throughout my latest travels across Asia and I must say it’s one of my favourites so far.

So what makes Slicks so ideal for travelling?

Well first off it’s a solid backpack. I’ve put in some serious travel time with it and it’s holding its own no worries – the zip, straps, stitching – its all intact and showing very little wear and tear.

The real backpacker pros of this bag come in the sheer amount of storage pockets neatly hidden all around the bag.

Although it’s carry on bag it’s more like a tardis than a rucksack!

My favourite feature without a doubt though is the vertical zip compartment on the front. At first I felt a bit dubious and that it would be useless but it’s by far the most handy part of the entire pack!

I’ve shoved in DSLR cameras, GoPros on selfie sticks, chargers, a flannel shirt and heaps of other stuff…all at the same time! It’s the perfect compartment for all those things you need quick, easy access to.

Then there’s the fact the whole bag open up like a suitcase – always my preferred style of backpack these days as it allows the best access to the most amount of stuff!

Not only that but Slicks have doubled this up with an inbuilt packing cube with two separate compartments. Perfect for easily organising your stuff. Although the mini wash bag clips into the top pocket I’ve also found it works amazingly for storing a DSL body and separate lens too!

This packing cube clips into place to secure it but can also be removed quickly – allowing you to use the Slicks backpack as a day sack easily too when you don’t want to take everything with you.

Other nifty features include;

There are three models too – the TRIP25, BIZ25 and SUIT25 – all with added little extras depending on your style of travel.

But that’s enough about why I like the pack – there’s a full review coming soon – lets get to the bit where you can win one!

Want To Win One?!

So as part of my collaboration I’ve teamed up with the guys at Slicks to giveaway one of their packs.

So what do you have to do?

It’s pretty simply really – just chuck your name and email in the box below for your first chance of winning one. But you can also do some other stuff to gain more chance of winning…so go all out to improve your odds!

…so get involved – and GOOD LUCK!

And if you don’t win don’t worry too much – their Kickstarter campaign starts in early Jan so you can get some earlybird prices and nab a bargain!