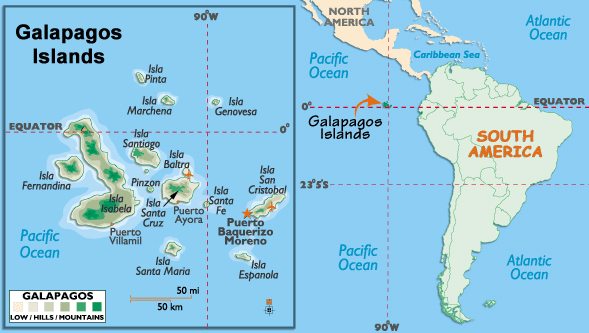 Yesterday I smashed out some serious dollar and booked a trip that’s 4 years overdue.

I booked myself a 6 day trip to the Galapagos Islands – STOKED!

I first came to Ecuador 5 years ago as part of a uni project which saw me lazing on the beaches of Montanita and documenting the fledging eco surf scene of balsa boards.

I was here for just over 3 weeks and spent a lot of time researching the Galapagos. The bottom line of it though was that at the time the price tag associated with it was well out of my budget and time frame.

This time around though I’m a lot more time and budget rich.

When you live in a hostel you also meet heaps of people who have travelled to places you’ve been to, are planning to go too or are debating the same kind of route as yourself. In Ecuador the Galapagos is a hot topic of debate – is it worth the money, which boat, where do I book…

Over the last few months I’d come to a single conclusion – it was definitely worth it. Everyone who had been returned with epic pictures, epic stories and big smiles, but this definitely came at a price.

A budget trip on a boat comes in around $150 per day. That’s not cheap, especially by South American standards – and putting it into perspective when you’re on a $10 a day budget makes it seems extortionate. Even more so when you add in the fact the flight is $420 return at this time of year!

$420?! STA Travel recently ran a fare cheaper than that for a return to AUSTRALIA – that’s nearly 24 hours of flying!

The total cost of around $1200 also equates to nearly 2 months of surfing and partying in Indo – which would I prefer?!

However it was seriously playing on my mind.

How many more times would I need to fly back to South America before I bit the bullet? Would I ever get round to it or would it simply stay as a pipe dream? And after all I’ve been here 3 months and spent less than £600! I’d also read a lot of reviews and seen how other bloggers had made their decision – it was toss up between flying there and winging it (risky) versus booking last minute or planning ahead (more costly).

Then a couple of my hostel buddies booked onto a trip leaving 2 weeks before my Ecuadorian visa expired, so I tagged along to get some info. They also extended an invite my way which got the ball rolling and I stayed behind to chat to the travel agent.

I couldn’t afford – and didn’t want to pay full price – so I shamelessly pitched my blog to them and also my position as a professional photographer – and over the next few days we negotiated, pinged emails back and forth and they contacted the boat owner. I had a figure in mind on what I was happy to pay for the trip, it was still a little more than I was really comfortable with but it was enough to warrant biting the bullet.

Yesterday they chucked a price my way and we discussed what they wanted from me in return. It was spot on.

After frantically getting the dollar together (it still hadn’t cleared into my travel account!) I walked in with a huge wad of cash and walked out with a 5 day boat cruise around the Galapagos, with an extra day tagged on the end to relax and hopefully catch some waves.

I leave on Monday morning!

…let’s just hope that this unplanned for expense doesn’t have a knock on effect to the rest of my trip this year. But lets face it half of the fun of travelling is the spontaneity. Sometimes you do need to through caution slightly to the wind and bite the bullet.

What last minute decisions have you made with your travel plans – did they pay off?!