On the backpacker trail there are many events that are a ‘must’, events that are talked about everywhere you go and appear on numerous bucket lists. Things like Sydney for Xmas and New Year, Tubing in Laos, Gambling in Vegas, the Carnival in Rio…

Full moon has been on my bucket list for a while now. I’m a beach bum by nature and love a good party so it was naturally going to be an easy decision to go! So when I planned my Thailand trip it became the focus point on which I would base my routing and dates.

The final plan was to make the island home of the party – Koh Phangan – the second stop on my trip after flying into Koh Samui, and was something that I was pretty stoked to get underway!

Needless to say that I arrived on the island after the ferry from Samui brimming with anticipation!

My base for FM was actually outside of Haad Rin beach itself – a strategic move on my part for a few reasons.
Firstly I like to crash out, and being based on a beach where in excess of 30,000 drunken backpackers are partying until well into the late morning seems like a recipe for disaster!
Secondly I booked my flights on a couple months notice – and FM in Haad Rin booked out pretty quickly!
And finally, if you stay in Haad Rin many places have a min 5 night stay over the party dates – I wanted to beeline for Tao after and didn’t want to needlessly waste any dollar!

So Baan Tai was the location I picked (I stayed at the beautiful Koh Phangan Beach Resort) for my time on the island – roughly 10mins and a 200baht round trip to Haad Rin itself.

In an attempt to be prepared, myself, Rich and Rob (who I met at the resort) headed into HR the night before to have a nosey around.

What we found was a bustling backpacking town in a blanket of eerie quiet – the calm before the storm.
Meandering down to the beach we found preparations well underway – bucket stalls lined the shoreline and were strategically interrupted by huge stages and sound systems for the entire length of the bay.

At one end lay Paradise Bungalows – the birthplace of the FM – and at the other the infamous “mushroom mountain” – a small bar up a precarious track where magic mushroom shakes are the drink of choice!

The day of Full Moon was tactically quiet – strolling around the beach and generally pretty relaxing, but as the evening closed in it was time to get some good stodge inside ourselves and line our stomachs for an epic night of drinking chaos!
We decided to be strategic in our drinking to avoid two things; chundering, or worse still burning ourselves out before sunrise – neither of which would be ideal!

After some always delightful Thai cuisine we loaded up with a few Changs and a redbull each to kick start the party by chillaxing at the beach bar, the anticipation was certainly building and our group grew when my Uni mate James turned up with a couple extras in tow.

As the Changs kicked in our taxi arrived and donning all manner of UV attire we heading into Haad Rin for arguably the biggest beach party in the world – sculling our Redbulls on route!

HR was unsurprisingly busy but we had 2 more things to pick up before hitting the beach and paying our 100baht entry fee.

The first was a few more Changs for the walk and to also avoid hitting the buckets too early – in my experience it’s a recipe for blacking out and being far too out of it!

Secondly was some UV paint!

Stupidly I decided to get painted first and Claire decided that despite my request for some fairly standard lines and dots I was to spend the night looking like a glowing cartoon cat!
However once everyone else was painted up I got my sweet sweet revenge drawing heaps of arrows leading rather suggestably to her mouth, something she didn’t realise for over an hour until she went into a bar toilet!

As my feet touched the sand everyone of my senses was bombarded. The view opened up into a pulsating carpet of drunken backpackers, the smell of the sea and cheap whiskey hung in the air whilst all manner of music finished off the party.

The whole beach was lined with more bucket stores than I can bare to imagine, selling all kinds of mixtures under all kinds of amusing names. Every so often interrupted by a huge music stage which combined cover pretty much every genre from reggae to electronica, with the occasional fire show or entertainment thrown in for good measure…and all set along the shoreline of a warm Thai ocean.

Yup a mash of amusing activity that’ll pretty much mirror everyone’s experiences some way or another!

After safely making it back to the resort with a whole heap more money than I expected, my dignity intact and all my possessions (epic success!) we bumped into Rob was was chilling on the sand.
We soaked up the morning calm and exchanged stories before heading to bed about 8am and mentally preparing ourselves to wake up to the mother of all hangovers!

Full Moon defiantly lives up to it’s reputation as the epi centre of a backpackers Thailand experience, and as a veteran of many a beach party it’s by far the biggest, most intoxicating atmosphere you could wish for – make sure you put it on your bucket list, but make sure you party safely and respect the beach! 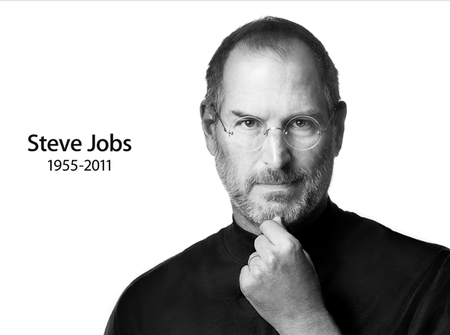 Haha sounds like Thailand was frickin awesome neon kitty!! Can't wait to head over and experience a Full Moon Party for myself. :)

Full mon is good fun - make sure you pencil it in :)