FROM THE VAULT; Sydney New Year

It’s that time of the year again…this time it’s 2010 I’m
waving goodbye too – and epic year full of travels that started in
style with the fireworks over Sydney Harbour Bridge, something that
should be on everyones bucket list. So here’s another From The
Vault…my experience of one of Sydney’s top treats.

It was 4:30am. I was shattered. Kerri was shattered. The
newly found Becki was shattered. But we were laden with supplies,
pilliow cases and sheets. We were heading out for Sydneys legendary
New Years Fireworks! Now like most backpackers our planning for
this event took up many evening discussions, asking locals, asking
each other but never actually making a solid plan! So the night
before we thought stuff it….bite the bullet….put in the time and go
for the Botanical Garden option. This is probably the most
stressful option. There’s limited capacity. This year even more so.
And there’s no BYO on the booze front. But after the rather large
disappointment which was a Sydney Xmas I wanted something to go to
plan. And I knew the pictures I wanted to shoot. Walking through
the morning drizzle (yes it was drizzling AGAIN – whats the deal
Sydney?!) via a Hungry Jacks coffee we got to entrance at around
6ish…..and there was already a que :S However we knew that we were
early enough to get a good spot, despite the gates not opening
until 10am. Banter was had, food runs were done, shouting at que
jumpers by Linzi was repeated, security guards were bombarded with
abuse, but eventually we got in! Power walking through the grounds
we searched for a spot to set up camp. People were parking up asap,
but the views were hindered by trees. I hadnt flown halfway around
the world and got up so bloody early to settle for second best. I
knew the pic i wanted and I was gonna get it! I missioned on until
I found the clearing. The perfect framing of Harbour Bridge fronted
by the Opera House. Picture Perfect and worth defending at all
costs! It was still only half 10…14 hours of sitting around! But
luckily the rain had stopped :) I think its best to power phrase
the next section: Security trying to move us, tired angry
backpackers not taking that lightly, 549, power naps, portaloos,
random banter, more naps, cheese and lettuce sandwhiches, Kerri
being a pretzle, fits of giggles, not being drunk, acting drunk,
oompa lumpas, free hugs, devil sticking to entertain the crowd,
getting embarassed when i got applause, more sandwhiches, Kez
stuffing her face with crisps, defending our spot, angry shouting
at standing people, Linzi’s rage (which continued throughout the
day) 549 549 walk the line walk the line, mexican wave, nick and
ian smuggling in 2litres of vodka, cheeky drinks, angry scottish
ladies, pikey late comers, save the tent, that idiot in the grey
top, ghe security guy who couldnt do his job, beautiful views,
hundreds of boats, the wrinkly tree, munching carrots and the time
flying by. Before we knew it the sun had set across the harbour and
then half 8 was upon us….this signalled the first countdown
fireworks for the childrens display. Everyone got uber stoked, but
Linzi’s booming voice and sheer determination kept everyone in our
area sat down so we could all see! this also meant all the pikey
people who turned up at like 3pm couldnt just waltz in and steal a
spot…and boy did they know it if they tried! As 8 o’clock hit the
first show started, the sky beside us errupted in a sea of colour,
as did the horizon behind the opera house. It was a sight to
behold, and only got better as fireworks began to emerge from the
skyline of the CBD …but this was merely foreplay for the main
event! Every hour on the dot became a countdown with a mini
display. The excitement was slowly brewing and our section kept
outsiders out and looked after each other when people needed toilet
break or a wander. Then 11o’clock hit…sleepless hours had passed by
and we were merely 60minutes away from realising a dream that had
begun so many years ago. Every 15minutes the crowd was whipped into
a frenzy by the countdown shows. Firmly seated and with torrents of
abuse being hurled at the persistent last minuters we all stood our
ground. The message was simply – sit down and we’ll all be able to
see. Unfortunately some obnoxious Aussie dude right royally p*ssed
off Linzi which resulted in a rather amusing exchanges….but we
owned him and the Aussie couple next to us were backing us up all
the way!hahaha! 10mins to go and everyone was failing miserably to
contain their excitement. 5 mins to go saw a lush mini display.
Cameras were ready. Banter quietened down. And amazingly everyone
stayed seated! Then the clock struck midnight and the sky erupted.
There were fireworks everywhere. The opera house was silhouetted by
every conceivable colour. Then the bridge fireworks started. They
were epic. Throughout the show the echoes of 1.5millions people
shouting in excitement rang through the city. In the excitement
we’d all overlooked the 10second countdown…but during a brief pause
from overpowering explosions someone got it started. Everyone
shouted a belated but enthralled Happy New Year to each other and
there were smiles all round! 20minutes later and Sydneys government
pocket being millions of dollars lighter the show was over. A
massive applause rang through the botanical gardens. Everyones
patience had paid off and an epic, yet sober, new years eve had
drawn to a close, with some of the most fun people I’ve met. …..and
yes it made up for xmas! :) The half hour walk back to the hostel
was peppered with hugging strangers, bouncing around in tired
excitement and Hungry Jacks veggie burgers. Me n Kez started our
2010 karma off to a good start by donating half our meal to a
homeless dude, along with our left over sanwhiches and a pillow I
stole from wakeup. Happy New year everyone….I hope 2010 bring you
safe travels and big smiles. 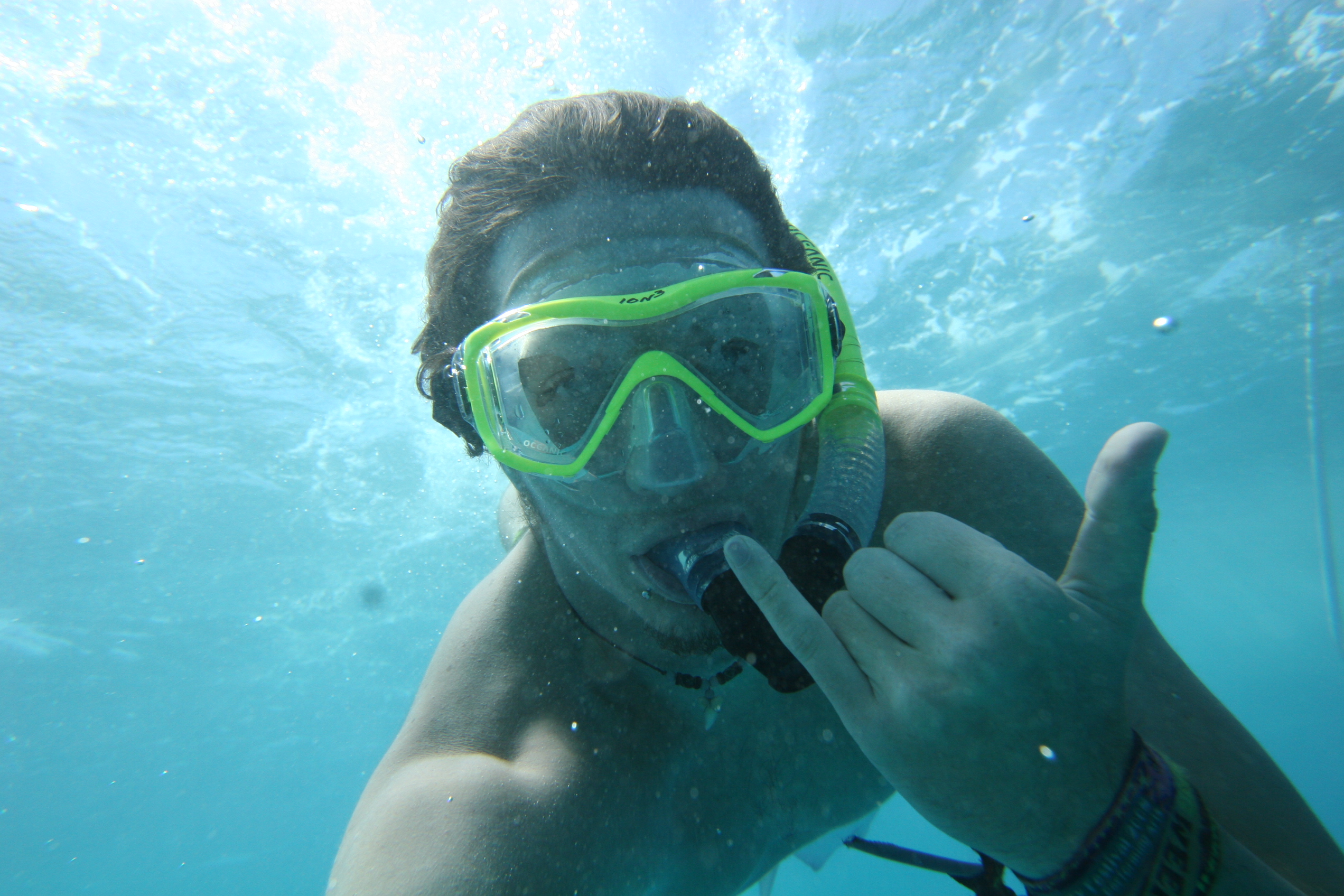