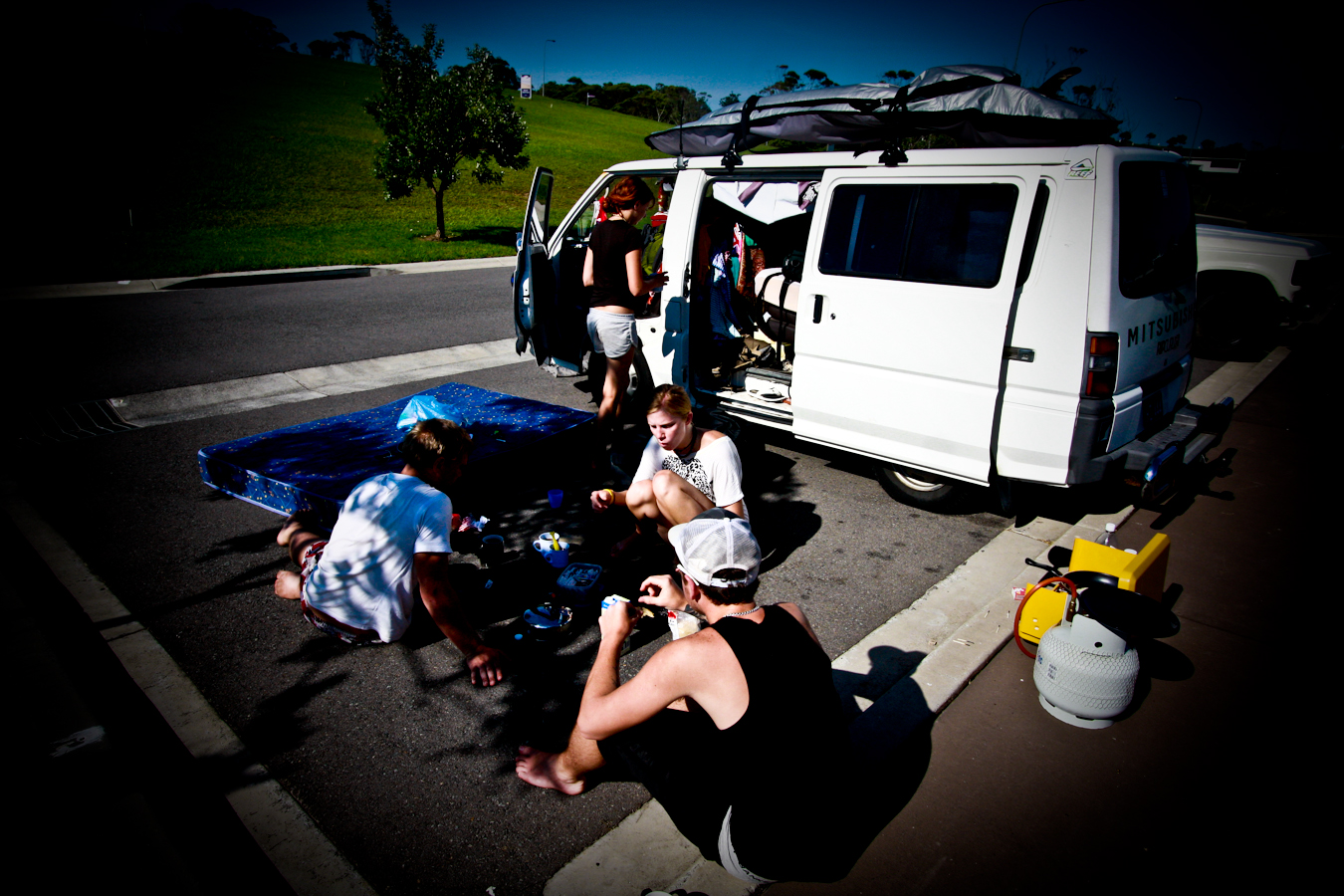 Our first stop was the beach side town of Forster. After a quick drive around we found ourselves at a little fishing spot just round the corner from the harbour. We busted out the lines and past the afternoon trying to hook some Spanish Mackrel for tea…the cruised around taunting us but we hooked nothing but annoying little bream :(

So after another quick check of the map we decided that Black Head, Red Head or Diamond Beach were the best places to spend the night, so got stuck into the short drive along the coast – managing to pikey a foam matress for the van along the way….score :)

As usual the beaches had massive ‘No Camping’ signs so rather frustrated we decided to just to cook tea at Diamond Beach and then find somewhere to stay.

On the way back to Red Head I noticed a massive sign for a new coastal development – so decided to check it out.

What we found was a HUGE area of unsold building plots on a multi million pound site which was all developed with roads and street lighting, just without houses!

We parked on the beachside part of the plot (far enough away from the few occupied houses that had been built and set up the tents for a good nights kip.

The next morning we drearily started boshing out some coffee and more pancakes when we spotted a massive walking group heading our way :S

However we weren’t greeted by hostility or evil looks at our pikey camping, they all stopped for a bit of banter – bombarding us with questions, travel tips and good giggles “who sleeps with whom”?!

And after waking up we headed out – next stop Port Macquarie…