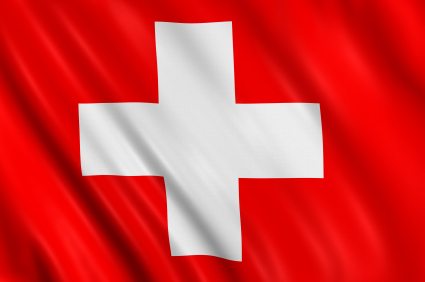 F*ck It – ANOTHER Change of Travel Plans!

Anyone that has been following my backpacking exploits this year will know that since I’ve got to Asia my plans have been all over the shot!

First off I was only meant to be in Asia until August, when I was set to bounce into Oz and NZ.

And even then I had no idea what countries I wanted to hit up other than Thailand and Malaysia until I booked flights into Laos on the afternoon I headed to Heathrow!

Then after a few weeks I booked a month long surf trip to Bali and moved my flights to Oz forward until late Sept.

Then post Bali I decided I wanted to take my diving forward and sit tight on Phi Phi Island, training to do my Divemasters and working through the high season – pushing my arrival in Oz to late Jan, but also extending this from 2weeks in Byron to a month on the East Coast due to the amount of Aussies I’ve met offering me sofas to crash on!

Not The Right Time

I went into the diving thing with the best intentions – as I’d previously chatted about it seemed like a great way to work and travel.

However after completing my Rescue Course and working a bit on the dive boat I realised it wasn’t quite what I’d envisioned.

Being a Divemaster is freaking hard work, and being someones Dive Master Trainee even more so!

I was up at 7am, loading bags, setting up equipment and diving until 1pm. Then reloading the boat for an arvos diving, getting back at like 6pm and loading kit for the next days diving.

Which left me shattered, resulting in being passed out in bed by about 10pm most nights!

And when I wasn’t double diving there was heaps of studying – and not just light reading, big chapters, knowledge reviews, physics, maths….!

I was mentally and physically drained, the most stressed I’ve been for along time and I lost interest in the whole thing pretty quickly.

This was not the lifestyle I’d signed up for.

My mother has always told me I loose interest in things to quickly and don’t stick it out. To a large degree this is true but it’s also shaped my life and got me where I am today. If I wasn’t in that mind frame I wouldn’t have quit my job and hit the road!

This decision however was me being selfish about my travel – something I think everyone should be.

I put in heaps of work and effort saving for this trip.

I sacrificed my social life and ultimately a relationship to get here.

I planned it all (well the overall thing!)

This is MY trip with MY money.

And I simply didn’t want to waste anymore time or money on something I simply wasn’t enjoying – which I think is completely understandable!

So I needed a new plan…!

The new plan of attack for the rest of 2012 is rather random but I’m dead excited for it!

First off I’d forgotten one of my buddies from my hometown was on the road. Mainly due to the fact he’s been in China for a while without Facebook!

He mailed me saying he was in Kuala Lumpar and heading into Thailand.

After a quick Skype I’m now meeting him in a week and we’re planning to hit up Phi Phi, Full Moon, Koh Tao and then Bangkok as he hasn’t checked them out yet. The  we’ll both head into a fresh adventure for both of us – exploring Cambodia.

Now here comes the rather unexpected bit – from there I fly to Switzerland.

I never thought I’d ever say this in a million years, let alone actually book it – but I’m off to spend some time in a cold landlocked country!

You might have already guessed but there’s a girl involved – the main reason for this change of direction is that I’m off to spend some time with Katja for the next few months and I’ll hopefully be using her homeland as a bouncing point for some European adventure, including Amsterdam Italy and Morocco!

As usual I’ve booked flexi tickets so I can move dates and things around but Switzerland is now where I shall be ending 2012.

…but don’t worry Oz and NZ are still definitely happening at the beginning of 2013!

It’s crazy how my plans have chopped and changed around, how people I’ve met and know have influenced decisions and how constantly assessing my budget has allowed me to extend my trip and do things I didn’t thing I’d be able to fit in.

But that’s the joys of travel (especially solo travel) – you can change things on a whim and go with the flow!

And lets face it I’m not really planning on being on that side of the world for a while, so I might as well take the opportunity to explore it!