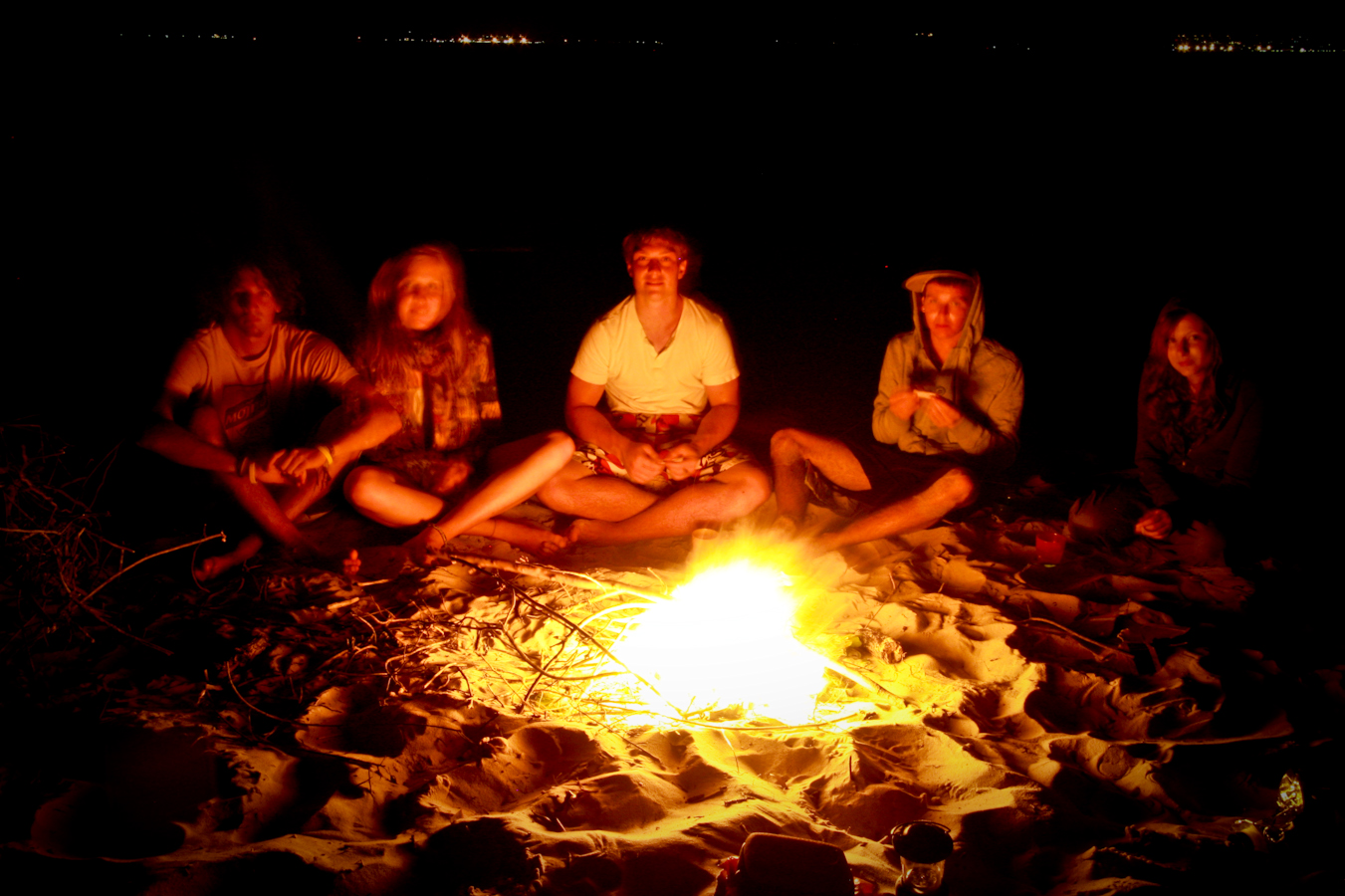 We hit Port Macquarie for a brief spot of lunch and then headed straight up the coast for a big chunk of driving, finally arriving at Coffs Harbour.

We grabbed some supplies for tea and then drove around looking for a spot to park close to the beach. The town beaches were all a no go so we headed slightly out of town to Park Beach.

The southern end seemed rather univiting so we decided to check out the car park at the north end.

I was well stoked as we pulled up in a lush car park, complete with shower and toilets (omg I can’t believe I’ve got to the point of campervanning where a car park can be referred to as ‘lush’!) and looking out to sea the sun was low in the sky and perfect 2 foot sets were rolling in – with no one out :)

I was soon wettied up and headed down the shoreline for a surf. What resulted was the kind of surf I’d headed to Oz for, slowly peeling but with enough punch to get my turns out :) All with a headland backdrop and orange sky.

….and it was made even better when I was greeted with a cup of coffee when I got out!

As the girls boshed out spag bog for tea I boshed out a few photos – including some of the little bros new fish – and got cracking on the goon!

Unfortunately for us it was Friday night and our lush camping spot soon turned out to be a rather busy drinking spot :S

The noise was loud and the people intoxicated and rather uninviting, but luckily Kez hadn’t been drinking so we decided to pack up and head to the next bay.

Which actually turned out rather well, because after a nice lie in a tasty morning session at Diggers Beach was had…actually a couple of sessions, a pit stop for more pancakes was needed :)

Diggers was even more lush that Park Beach North, bit busier it being a Saturday, but a foot or so bigger – and with the sun blazing in the sky.

f Byron Bay wasn’t calling I could easily stay here for a long while – definitely a place I shall be revisiting.