Backpacker Buddies – Where Are My Travel Friends Now? 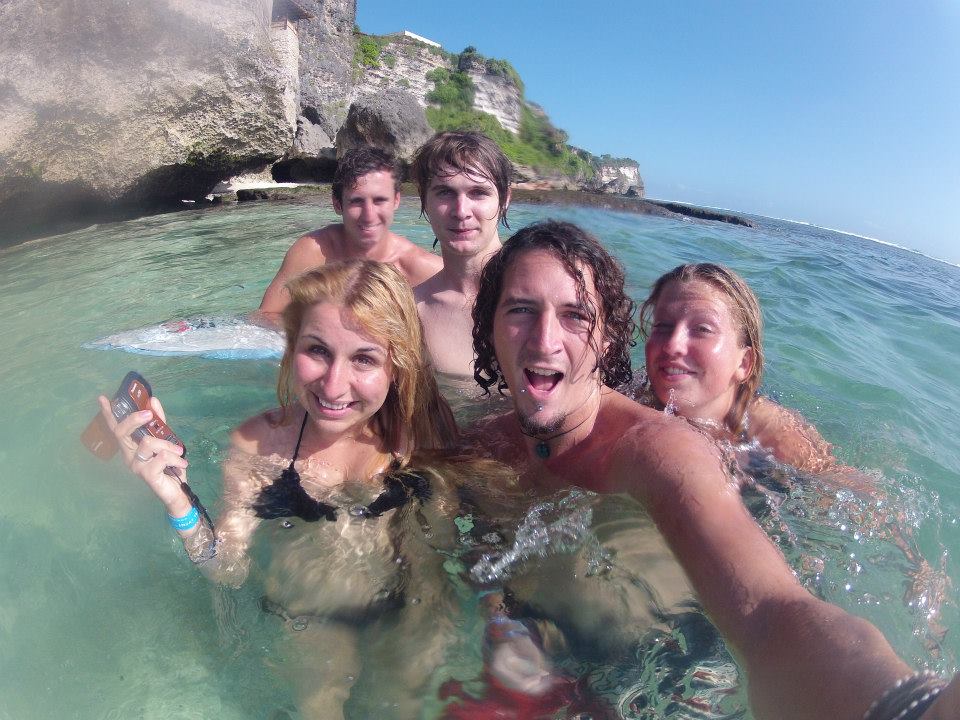 I wrote a post a couple years back after my backpacking trip to Australia on where my travel buddies ended up. As I re enter the world of backpacker travel I’ve been thinking more and more about my travel companions and I’m stoked to make some new ones – I’ve already chatted about how travel relationships are unique and intense and for me the people I’ve met on the road are the people in my life who’ve had the most impact.

So where are my travel buddies now?

What does life hold after the backpacker bubble?

I’ve had a bit of a Facebook trawl this week and I thought I’d give you an insight in to where backpackers end up…I’m actually pretty stoked at how awesome all my buddies are these days. So here’s some of my favourites… 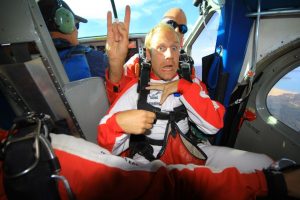 Luke – I met up with my buddy from home in Cambodia when he headed out in a RTW trip which was supposed to culminate in the Rio Carnival last month. However after running out of cash he sat tight in New Zealand she’s he’s still currently working! Luckily for me he had a sofa for me to crash on when I passed through Wellington and to seal the deal on a trip to Brazil he’s just scored and epic 2 year teaching contract in Sao Paulo!

Nic – the first person I met in Oz Nic is still bouncing around the globe as a ski instructor. After finishing a season in Japan he met up with me back in Byron Bay earlier this week and is spending the next few months in Noosa with his family before heading to New Zealand to work.

Harriet – my travel buddy from Thailand and fellow diver Harriet returned to Oz after finishing her dive master course on Phi Phi, she quickly bailed back to Thailand thought and has just completed her dive instructor course. She’s planning to head over to South Africa to work later this month – how sick is that?!

Gijs, Me and Leah Enjoying a Beer In The Surf!

Leah – one of my fellow interns in Montanita she headed up into Columbia before falling ill with dengue fever and having to cut her travels short. She’s back in Colorado now skiing and working in advertising but it won’t be long before she’s back on the road.

Gijs – my partner in crime in Ecuador Gijs is finishing his degree in tourism and even joined me in Morocco to finish his thesis. Looks like he’s landed a sweet job at the 2014 World Cup in Brazil…so I might have an excuse to return to south america!

Adam and Flo – two of my students from Morocco these guys are still surfing the waves of Africa and clocking up some hours towards there coaching course. We’ve already put together some plans for an epic surf trip later this year in Bali…

Stephanie – I met Steph on the slow boat between Thailand and Laos – after 2days of crazy whiskey drinking we travelled together through a chunk of Laos before she headed back to Canada, she’s also the girl I interviewed about “when backpacking goes wrong” which resulted in the infamous and aptly named leg vagina! She’s fully recovered now and opted to complete one of her university modules abroad, so she’s based in Sydney for a while

Tika and Jessie – these crazy girls that I met in Ecuador headed back to Sydney after exploring South America, they’re putting together a travel inspired fashion label called Wolftress which is nearly ready to launch it’s first collection, I’m stoked to see how it goes! 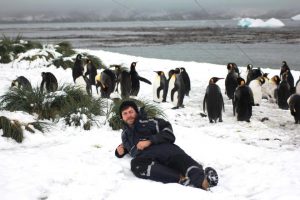 Craig On His Lunch Break!

Craig – another buddy from my first backpacking adventure back in 2009 and possibly the only feed on Facebook I’m truly jealous of! Craig’s landed a sick job with the British Insitue of science which has seen him go on expeditions to Antartica last year. He’s on leave at the moment bouncing around Peru and south america before he sets sail for the North Pole later this year!

Ally – my dive instructor from Phi Phi has now bounced from her island dive home and is currently trekking around Indonesia before heading to Australia later this year with her boyfriend Liam. No idea what she’s doing from there but I’m sure it’ll involve the ocean!

Oceana – one of my Indo travel buddies Oceana landed a sick job as the social media gal for HostelZoo.com on Great Keppel Island where she has spent the last few months. She’s now working back in her hometown of Darwin for a bit to top up her travel funds before heading on an epic adventure through Asia and beyond later this year – follow her blog; Bare Foot Beach Blonde

They’re not content with being stuck in the same place for too long and they have the drive to live crazy, chaotic and amazing lives full of travel and passion.

Even those who aren’t travelling anymore are busy setting themselves up for life in the fast lane or chasing their dreams.

← Previous
Amsterdam For The Wholesome 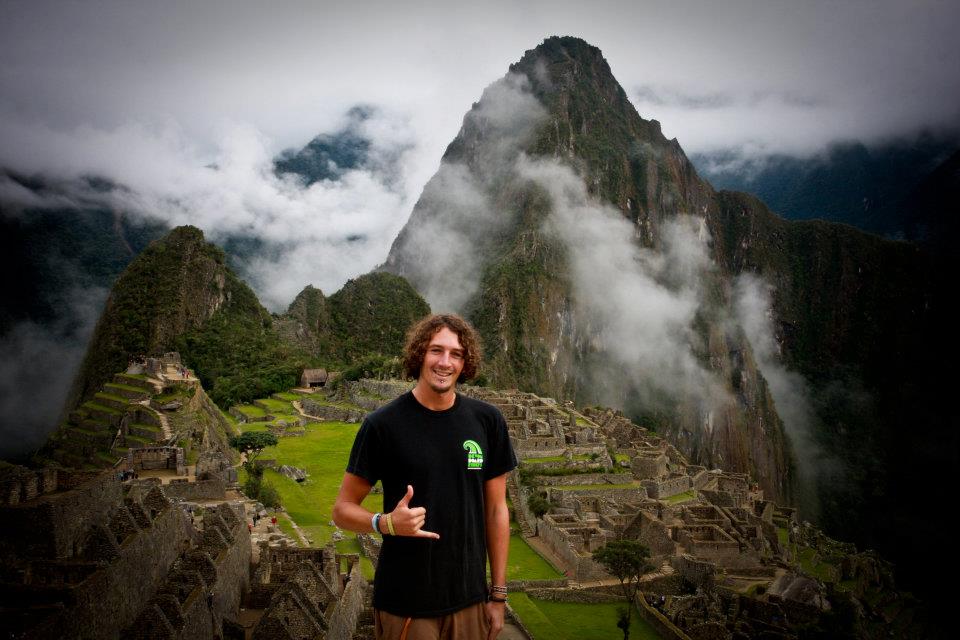 I LOVE the idea of this post! I've met so many amazing people on my travels. As a happy wanderer it's hard to have stuff in common with the people back home and when you find those gems, those people you click with on the road it's wonderful. The true testament to it is staying in touch and some of my greatest friends are people who I met on my travels, from all over the world and it is great to meet up with them, occasionally on their home turf or, usually, on their further adventures years down the line. People with a passion for life, for adventure, with stories to tell and experiences to share. And people who understand you!

Glad you like it Rachel - I just wanted to highlight exactly what you said...that the people you meet on the road always wander in and out of your travel plans and it's amazing to catch up with them on the road or where they live. I'm stoked to have such an amazing network of friends scattered across the globe!

Nice post, Chris. Never thought of it before but when you're on the road, you do meet people who are actively engaged in living their dreams ! Very good one! Gonna share.

Indeed- amongst the drunken 'gap yah' students lie a whole heap of amazing people who refuse to work in an office for the rest of their lives!

People you meet on your travels are always the coolest! This post proves it!

they all have so many amazing stories and such a mix of life plans hey?!

It's awesome to see that so many of your travel buddies are still doing amazing things! It's so true that once you've travelled, it's tough to settled back into a regular job and 9-5 lifestyle.

Indeed - there's such a variety of jobs and travel plans on my Facebook feed these days! Keeps me entertained anyway!