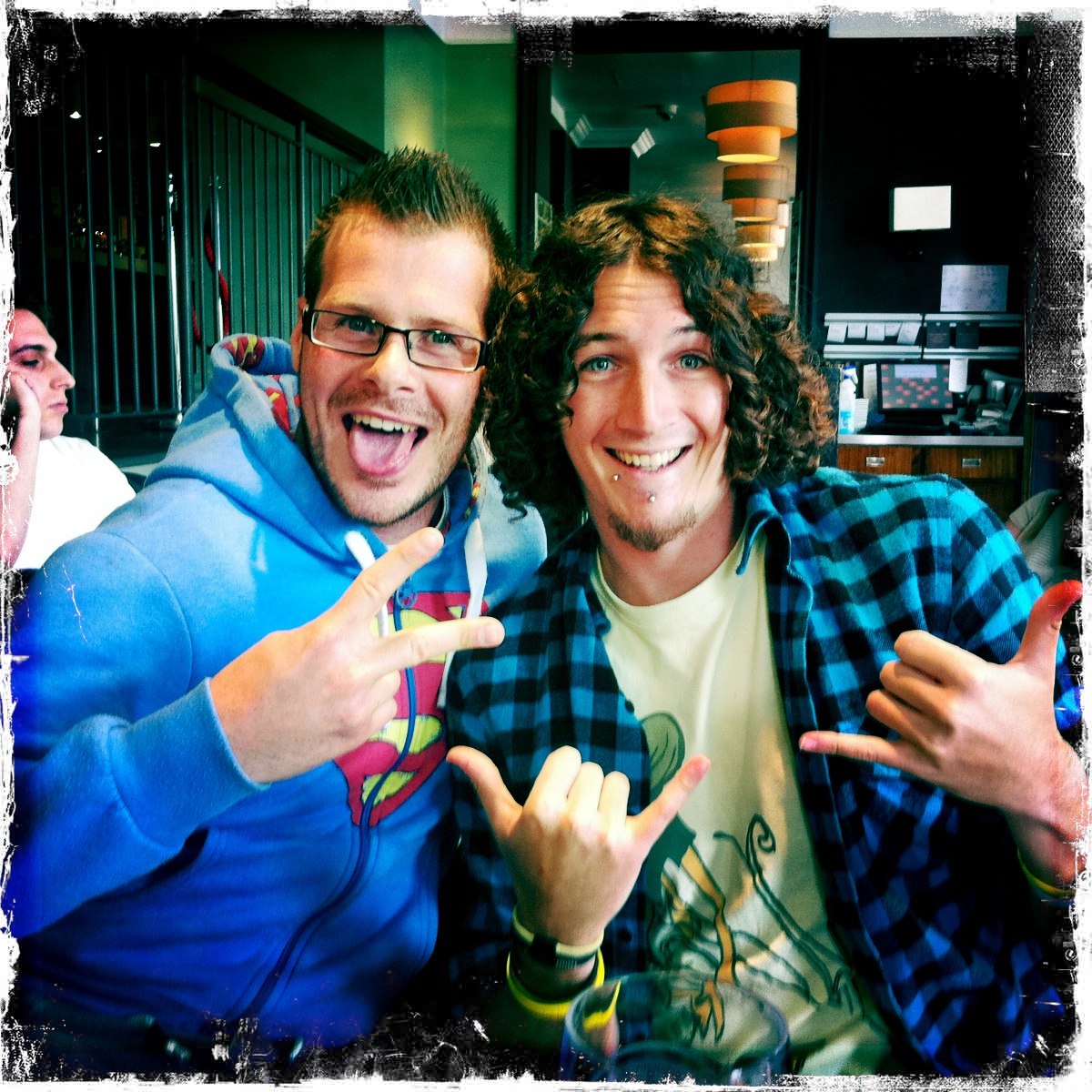 When you backpack you meet heaps of new people – many of which you’ll never see again, but from time to time you’ll meet some people who make a massive part of your trip.

I met Ben and Sammy through a complete accident – quite literally. After stocking up on 2 schooners for $5 at Byron Buddah Bar I set them down on a table. A randomer said the table was bust literally as 2 of them spilled across the floor – that randomer was Ben.

After striking up some conversation he introduced me to his other half Sammy, Kez joined us and we had a night of drinking and chatting – goon times!

Over the next couple of weeks we partied in Byron and picked up some other crew members before randomly deciding to head up the coast together. For the next month or so we convoyed up the coast – from Byron to Surfers Paradise, Surfers to Coolie and then finishing up with a stay in Noosa. And epic roadtrip which was filled with BBQ’s, surfing, camping and skinny dipping!

We parted ways in Noosa before me and Kez headed back to Byron for Bluesfest and what was to become our home in Oz – that was over a year ago!

So when they hit me up on Facebook saying they were coming to Devon for the weekend and wanted to meet up I was pretty stoked for a catch up, even if it was only for a night.

We spent the first night trawling through holiday pics, sharing stories of what happened after we parted ways and generally having a good reminisce about our east coast trip – all over the standard glass of goon which hazed so many of our memories! A random game of bingo and a bit of Eurovision made the whole thing rather surreal, but it kept the random tone of our travels!

After a sleepy morning of hangovers and Bens infamous cooking skills to cure them we headed to Plymouth for the day. It was just like being back in Oz (albeit rather colder!) with a bit of culture along the harbour, some fresh seafood and the standard ice cream. Happy days indeed.

Before parting ways once again we’ve made a pact to unite the group we travelled with – goon and camping on the beach is the order of the day, but it’s good to know that there are more fun times ahead!

It’s odd how backpacking creates such close bonds so quickly – I guess this is born out of the intensity of the situation and how open you are to new people. It’s refreshing to meet up with people you haven’t seen for so long yet feel like you only saw them yesterday – it’s one of the joys of travelling, you can make lifelong friends – it’s just a case of keeping in touch once the dream is over!