An Additional 24 Hours in Australia!

Turns out what I thought was my last 24 hours in Oz wasn’t destined to be so. Due to a whole heap of incidents I actually managed to spend an extra day in Australia…

After a rather intoxicated night and distinct lack of sleep after saying a sad farewell to my gorgeous Kerri I hit Cairns International for my flight to Sydney, and ultimately out of Oz for good. With 10 hours between flights I headed into the city centre, and having passed through the airport numerous times for flights and to meet people it was easy to locate the tube.

However, locating my Byron buddy Lizzie proved a little more difficult. She was meant to have been in Sidders for a week before me flying down. Bu after arriving from Cairns she’d booked herself on a Greyhound back to the Byron bubble within 4 hours – a good choice on her part but it did mean she had no sense of direction whilst trying to meet up with me!

After circling central train station for nearly half an hour we finally made contact – and after ditching our luggage at the YHA (wandering around a busy city in the early summer heat carrying a 30kg bag each didn’t seem like the best plan) we headed down Pitt Street to Circular Quay as Lizzie needed to do the tourist thing and take some pictures.

It was odd being back in the place that I spent a month of my trip in. The sights, sounds and smells brought a whole heap of memories flooding back; the WakeUp crew, the excitement of New Year, the drunken Sidebar carnage and indeed meeting my beautiful Kerri.

My intuition kicked in and we easily found ourselves overlooking the Opera House and Harbour Bridge, although the walk was considerably longer than my memory cared to remember! We got up close and personal with the iconic symbol of Australia and Lizzie snapped away whilst I added a few extra image to my Sydney portfolio, and with the tourist thing done it was time to redevous with one of the most influential people I’ve met i the last year – Nic “Mantooth” Griffiths.

It seemed only right to spend my final few hours in Oz with the company of Nic – the first person I met in Cairns when I began my adventure a year ago, who I later met up with in Byron – where we spent nearly 5 months surfing and partying together.

We hit up Darling Harbour and found a 50% off happy hour bar – so the beers soon started flowing and we had a much needed catch up. Unfortunately 7pm rolled around far too fast and an $8 steak at Sidebar was on the cards before we said our final goodbyes and parted ways.

Then the whole plan started to unravel slightly.

Me and Lizzie got to the airport with plenty of time to spare, breezed through check in without any delays or excess baggage (despite my camera bag hand luggage weighing over 8kg more than I’m allowed!) and we soon found ourselves chilling in the departure lounge after some last minute present buying.

I’d just said an emotional goodbye to Kez on the phone (she was still in Cairns before flying out the following day) when we were informed our flight was delayed.

It seems Sydney Airport has a 12 pm – 3 am curfew, and the delay to our flight meant that we wouldn’t make it out in time.

After much commotion and confusion we found out that we had to pass back through immigration (and my departure stamp now bares the impressive “DID NOT DEPART” sign through it) before being ferried off to a hotel for the night – with our flight now departing at 9am.

The ironic thing is me and Lizzie had spent our time in the airport complaining that we wanted to stay in Oz longer.

…I guess you have to be careful what you wish for!

Let’s hope that everything runs a little more smoothly tommorow… 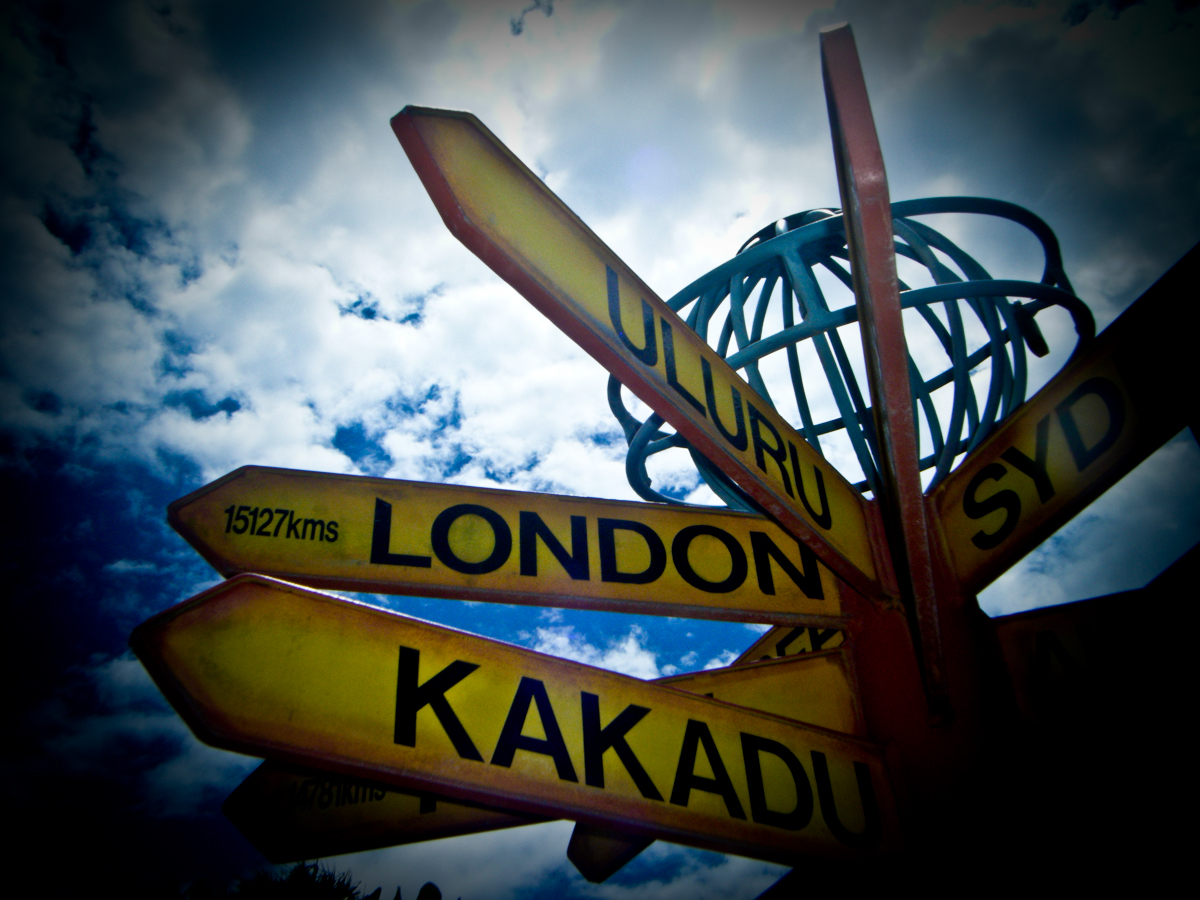