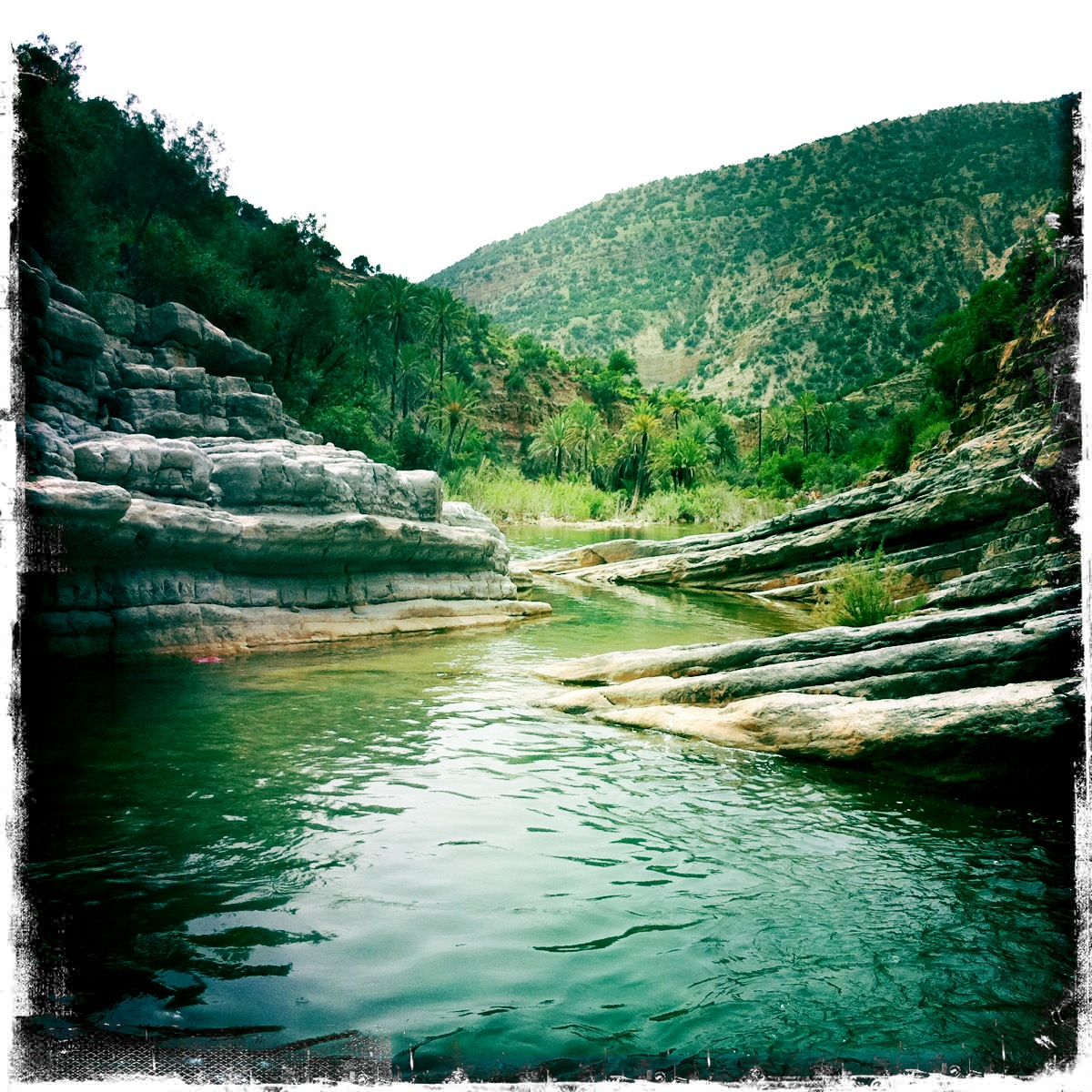 A Day In Paradise

After a few days of the surf, sun and relax routine we decided to break the trend in our Morocco trip and explore the surrounding area a bit more – and how could we not be drawn to a day trip to a place named “Paradise Valley”?!

Me, Bev and my bro (accompanied by the missus) couldn’t help but grab an early morning surf at Devils Rock to flush away the heat, sweat and duty free related headaches of the previous day. After having our fill of waves we loaded the cars and headed inland, directed only by a mash of directions from various acquaintances we’ve met over the last few days – including possibly the worlds worst hand drawn map.
Surviving precarious mountain roads whilst still adjusting to Moroccan road etiquette (or lack of!) and right lane driving we finally located the car park for paradise valley.

Hospitality and Refreshment
It sat deep in the heart of the mountains behind the coast, via winding roads laced with palm trees and rivers – a stark contrast to the barren, dusty flats of Tamraght and the surrounding area.
as we set off across the ragged footpath amongst the rocks we bumped into two English speaking girls who recommended we enlist the services of a local Moroccan to show us the way – and man were we glad we did!
The dude was amazing. First off he took across across a shortcut to his house – a quaint bamboo hut in the middle of the forest, with fresh veg growing in the make shift garden and the river running alongside. We were dutifully invited in and his friend promptly boshed out some mint tea – made with fresh river water and mint pulled straight there from the garden, it was an epic cuppa!

Buzzing off the sugary drinks we hit the trail again (now also accompanied by a stray dog we nicknamed Bruno who was to tag along for the rest of the day – later joined by a puppy we called Antonio…) and after scaling some rock Walls and wading across a few streams the valley opened up and Paradise sat before us.
Dotted along the river were various pools and waterfalls, filled with crystal clear freshwater which looked pretty refreshing in the African heat. We were skilfully navigated to the best one and it wasn’t long before we hit the water.
The afternoon was spent swimming, ledge jumping and enjoying the natural waterside which ran into our pool. All the time surrounded by palm trees and with the familiar smell of tagine in the air from the locals cooking on open fires along the waterside.
As we trekked back our guide made no mention of being paid and even invited us in for another brew. We politely declined and all chipped in some Dirham for his expertise, despite him saying it was not needed.

An epic day in paradise indeed, and after an equally sketchy return journey the evening was drawn to a close in silver, glassy waves as the sun melted once again into the ocean.
Sometimes a change in pace is exactly what a trip needs. Job done! 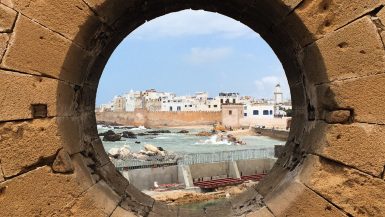 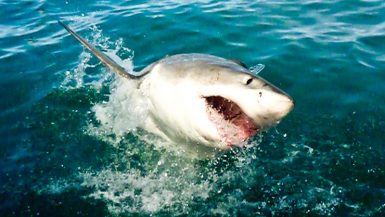