Well 2011 is nearly over – and it’s been a rather eventful year to say the least! And despite not travelling heaps I’ve managed to take lots of photos and create lots of memories.

January – I started January up in the cold depths of Scotland after Hogmanay in Aberdeen. It was a cold month but there was heaps to look forward to over the year so I battled through the freezing temperatures!

February – I can’t say much happened in February that deserves a mention – but I can say the winter swells were rolling through and there were some epic surf sessions to be had in empty lineups!

March – In March I headed to the warm climates of Morocco for a surf trips with the girl and my surf buddies. Copious amounts of mint tea was consumed, bargains haggled for and most importantly some lush surf!

April – Apri was another rather empty month – but I was reminded of epic travel times when I caught up with some of my travel buddies from Australia. Having last seen them over a year ago on the Sunshine Coast outside of Noosa a messy weekend commenced!

May – May was pretty epic for warm weather also! So much so I decided to gain my surf instructor qualification! A good excuse for a week of partying and surfing in Newquay, Cornwall!

June – My birthday month! As per usual that was spent at the beach surfing…although it was a far cry from the warm drunken chaos of the previous year in Byron. I finished off the month with some Glastonbury chaos, where a weekend of excess was had – music, booze and bad decisions!

July – As the warm weather and pumping surf continued (which was very odd for a British summer!) I headed back down to Newquay and completed my Beach Lifeguard Course. It was the most difficult but rewarding qualification I’ve ever gained! There was also some epic surf camping trips to be had with my buddies – cold ciders and campfires all round!

August – The main event in August was heading back up to the girls place in Scotland. We got lost on a roadtrip into the Scottish landscape, had picnics on the beach and had an epic night of partying and BBQ’s with her family and friends.

September – I spent most of September enjoying my first taste of Asia in Thailand. I met some amazing people, partied hard and explored everywhere from the Thai islands, through Bangkok and up to Chiang Mai in the north. The perfect mix of culture and relaxation.

October – October was a very mixed month. It started horrendously with the ending of my long term relationship. But it also saw me land my dream job offer – surf coaching in Ecuador! Needless to say my resignation was handed in and I booked my flights pretty pronto! There was heaps of rather messy partying – including seeing the Cat Empire, who I last saw in Byron!

November – With a rapid change of direction in my life I needed to get on with putting together a plan for post South America. So most of November was spent researching the whole heap of options I had thought up, and of course trying to get everything organised ASAP!

December – Post Peru plans started to materialise and I booked the second part of my 2012 travels up…stoked! But with this came the need to sell half my stuff and plan xmas too…a manic month but one that has left a smile on my face and many adventures ahead!

…so roll on 2012. A year that will no doubt be heaps more adventurous, exciting and allow me to create lots of beautiful pictures to send your way. Who knows I may even bust out the SLR and stray away from iPhoneography for a while – although I wouldn’t hold your breathe!

Have a great new year everyone – and I hope 2012 holds lots of travel plans for you all, I know it does for me! 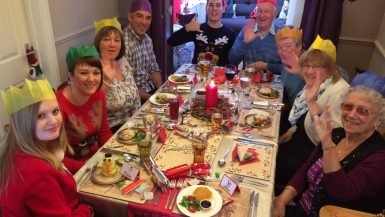 Photo of the Week

Travel Photo Of The Week – A Surprise English Xmas! 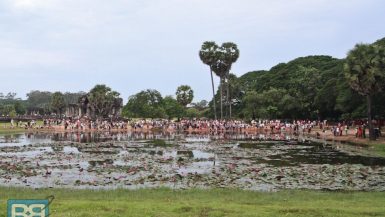 Photo of the Week

Travel Photo Of The Week – An Alternative View Of Angkor Wat Sunrise, Cambodia 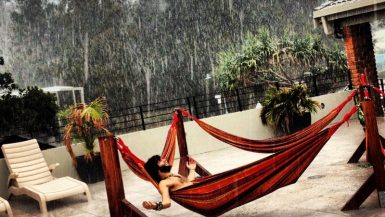 Travel Photo Of The Week – Tropical Storms in Byron Bay

Travel Photo Of The Week – The Similan Islands, Thailand