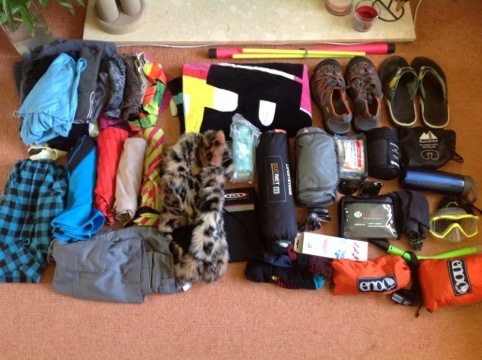 This week I’m finally bouncing from my island home on Phi Phi Island to head back onto the backpacker trail.

I would’ve left before the weekend but unfortunately I cocked up transferring my cash around and found myself with no money for a few days!

I’ve been sat on Phi Phi for the best part of 2 months now and it’s been an experience peppered with highs and lows. Overall though I’m going to be a bit sad to leave this place –  it’s beautiful (when the sun is actually out….stupid monsoon season!) but mainly due to the fact I’ve made heaps of friends here and got to know the whole place really well.

I am however ready to leave – call it island fever if you will!

But basically since I stopped my dive master training and decided on some new plans I’ve been bumming around waiting for my apartment contract to finish, working on the blog (and some exciting new projects!) and partying hard in between!

I’m definitely ready to leave but an odd thought has been crossing my mind….

Given the title of the site this thought has been rather worrying!

There’s a few things that have contributed to this conclusion though – hostels, bouncing around, money and Asian food!

I’ve been pretty settled in the last few months, and the slight flashpacking stint I did before that!

Now the thought of having to share a room with 10 strangers in a noisy stinky dorm room makes me groan in annoyance! UGGGGHHHH!

As does the thought of having to pack, repack, unpack and repeat. Let alone having to lug all my crap onto buses, ferries and tuk tuks. UGGGGGHHH!

And money?! Well Phi Phi has proved pretty dam cheap living wise and rent is heaps cheap on a monthyl basis. Having to budget hardcore again and search for places on the cheap is a pain. UGGGGHHH!

And Asian food?! Well put it this way I’m over it. I literally can’t look at a Phad Thai without dry heaving and the thought of eating anything noodle based isn’t my idea of culinary heaven right now! In fact I don’t think I’ve eaten any Asian cuisine for the past month – chicken cordon bleu, burgers and jacket potatoes have been the order of the day!

Despite these worries and thoughts I’m not giving up on backpacking at all, so don’t worry!

I know it’s a case of getting back into the flow, into the bubble and embracing everything about travel that has driven me to do it long term.

As soon as I get back into that dorm and meet a heap of amazing people from all walks of life I’ll sleep easy.

Once I’ve sorted out my bag and everything has it’s place again packing will be a breeze.

Limiting my money makes me look for different options, it keeps the adventure going and I want to show you guys you don’t need to be loaded to make the best of your time on the road. Once I get in the mindset money won’t matter.

And the food?! As soon as I’m back in Bangkok I’m going to see the awesome Phad Thai Lady on Koh San. 30baht and a minute later I’m sure all my food worries will drift away, and who knows what crazy treats Cambodia will have for my palate? I need to rediscover the adventure within food, meals should add to your experience.

Once I get back in the flow all will be right again with the world. Lazy lie ins will quickly be replaced by sunrise excursions. Afternoons on the beach will turn into photo missions amongst new places.

Deco and Banana Bar replaced by new and exciting venues, and divers will become an eclectic mix of nationalities and new friends just waiting to be found.

As much as I may resent the thought of backpacking right now I know it’s where I belong and where I feel the most at home.

Roll on the next adventure…