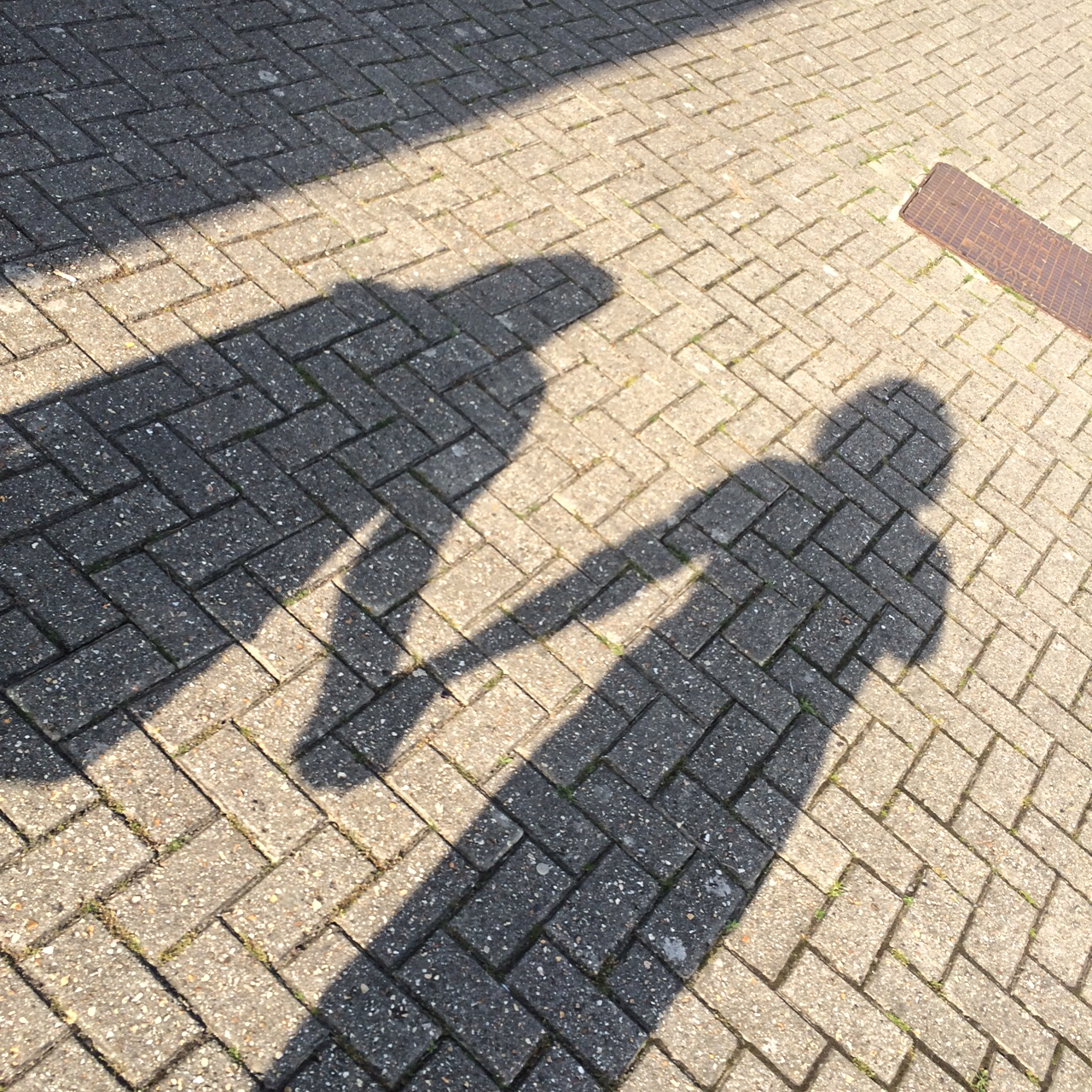 The True Cost Of Travelling

Throughout my travels I’ve been pretty open to sharing details of my travel budget in my “Monthly Summaries” and “A Month In…” series to help you guys plan you’re own backpacker adventures around the world.

But there’s a hidden cost of travel, especially when it comes to long term travel, that many bloggers and travellers simply never mention.

Travel is very sugar coated – people are quick to think you live in a postcard perfect world where everyday begins late in the morning and finishes with a gorgeous sunset on the beach – where your whole life is one big happy holiday.

And to be blunt as bloggers and backpackers we’re happy to reinforce the stereotype and glass over the hidden costs of travel. Lately I’ve been doing some serious thinking about my lifestyle (don’t worry I can’t see myself stopping quite yet!) but it’s brought me face to face with some of the darker areas of long term travel which I’ve tried to ignore for sometime…

One of the most obvious things travelling has cost me is time. I’ve literally woken up and I’m suddenly nearly 27, a quarter of this year has already passed and I’ve been on the road for over 2 years. When you travel you loose all concept of time!

It’s easy to ignore it, but it can also be a huge oversight – suddenly its time to leave a place and you’ve put everything off until the last minute, you’ve overstayed a visa or simply don’t have any onward plans – all of which aren’t the ideal situations to be in!

The worse thing with time though is sometimes feeling like as a traveller you’re loosing track of ‘real life’ – people get married, buy houses, have kids…as a traveller you’re on a completely different scale of time where milestones are numbers of countries, visa runs and road trips.

I’ll admit that sometimes I question whether I’m doing the right thing when it comes to missing out on ‘real life’ milestones – it’s short lived though when I look at how much I’ve done on the road, without sounding heaps cliche I now measure my achievements in moments not things and on that scale I’m pretty life rich!

…but if you’re constantly comparing yourself to those outside the backpacker bubble you’ll find long term travel finds you feeling like you’re being left behind.

By far my biggest non financial cost through travel is relationships. In fact it’s the whole reason I’ve really addressed any of the things in this list and realised that maybe I’m overlooking exactly what this lifestyle has entailed.

The first of 4 years was due to me following my dream and heading to Australia to work and live there for a year. The second over over 2 years was for me chasing my dream of becoming a surf coach.

That’s 6 years of my life thrown away – but I can justify that as it was on my terms and I made the decisions to follow my dreams.

The latest one of 2 years though wasn’t on my terms, it was far from what I wanted and it cut deep. I found myself single because my lifestyle was stopping me from making the one person I cared about happy. What’s even worse is I was so in my backpacker bubble I didn’t even see it coming. What had started as an attractive part of my character suddenly became the main reason not to be with me.

Maybe it just wasn’t meant to be – but it’s not something I had thought was an issue and ultimately my blind faith in my travels cost me more than I ever wanted it to.

People I’ve know since childhood, who I studied with at uni, or grew up with – nothing more than a faded memory who occasionally pop up in my Facebook feed.

Travel does a good job of alienating you from the ‘real world’ like that. Much like with relationships what starts out as something fun and exciting for them to chat to you about soon turns to jealousy and resentment once you pass the 6 month mark.

In fact these days the people I really chat to on a daily basis, those who are always on hand to listen, offer advice or simply ask what I’m up to are those I’ve met on the road. People I met for less than 2 weeks in Byron are now far more reliable and there for me than people I’ve know over 10 years.

It’s a weird situation to explain to anyone who hasn’t travelled! 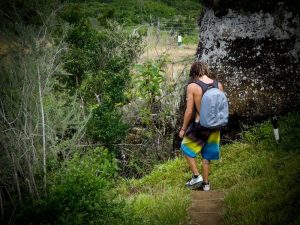 And that all has a huge emotional cost. When you travel you’re life becomes full of goodbyes. Friendships and relationships become very short and intense, you aren’t afforded the time for small talk and you open up very quickly.

But opening up also leaves you vulnerable.

After a while though you kind of numb yourself to a large range of emotions, I’ve found myself in situations where I simply couldn’t grasp how I was meant to react (especially when dealing with people outside of the backpacker bubble) and to be honest my go to responses these days when facing anything like that is to simply ignore it, turn off my phone, find a hammock or go for a surf!

It’s too easy to emotionally detach yourself from the world when you’re thousands of miles away but ultimately it’s a ticking time bomb and lately I’ve gone from being totally oblivious to totally aware of how I’m feeling.

It’s a life that can suddenly go from high highs to low lows. You can easily find yourself going from having the time of your life to feeling utterly empty and alone. It’s not always the case but when it happens it totally sucks. 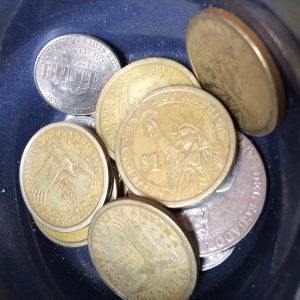 When I decided to travel long term and use my skills to earn a living on the road I entered a world of limbo, where financial security is pretty much non existent. I’m pretty good with money and therefore make very little plans outside of money I actually have – but still you never know what can happen.

I’ve set myself a bottom line – when my bank balance reaches that point, no matter where I am I have to move to New Zealand and start to find some solid work.

I also have a total bottom line – when my funds hit that point I have enough to get home, cut my losses and restart from the UK

I’ve been lucky enough to prolong my travels and enjoy them longer than I ever imagined – but my income is like a yo yo. Some months I’ll make well over £1,000 – other less than £500. And as much as we all hate to admit it although money isn’t everything it’s a pretty big factor whilst travelling the world.

And all of that leads me onto stability!

With a lack of physical friendships, relationships and money where the hell is the stability in my life?!

As a traveller stability isn’t a word you even look at. If you do you suddenly realise the tight rope you’re walking.

The only real stability it’s gained me is the fact I wiped all my over drafts and debts before leaving, so I’m only living off what I earn not what I have access too.

But that’s also a massive thing – it means I have no real base. I was chatting to my friend about this last week and he summed it up rather bluntly – “one of the downsides of having all these beautiful places as your home is the fact you don’t actually have one anymore”.

There isn’t anywhere I really “belong” as such now – which on one hand is totally liberating but on the other it’s actually pretty terrifying.

The more you look at the stability aspect the more you realise travel is pretty freaking reckless!

But is it all worth the sacrifice?

There are times when I really question what I’m doing (especially given the last few month of my travels – and this post wasn’t written when I was feeling on top of the world as you may have guessed!) but despite all the underlying costs and implications this lifestyle is something that gives me more joy than issues.

I know deep down that behind a desk in England I’ve be heaps more miserable and despite the fact this post may sound really negative or seem like I’m moaning I’m totally grateful for everywhere I’ve been, what I’ve done and how the large part of my life since 2009 and has been enriched since I started travelling.

I just think it’s important to give a balanced argument, to let you know what you could be letting yourself in for and to help you prepare.

Don’t let this put you off jumping on a plane to somewhere new and exciting!

It’ll be one of the best decisions you’ll ever make – but with every lifestyle comes a compromise, and these are some of the ones travel entails.

Have you travelled long term – any other ‘costs’ you’ve encountered?