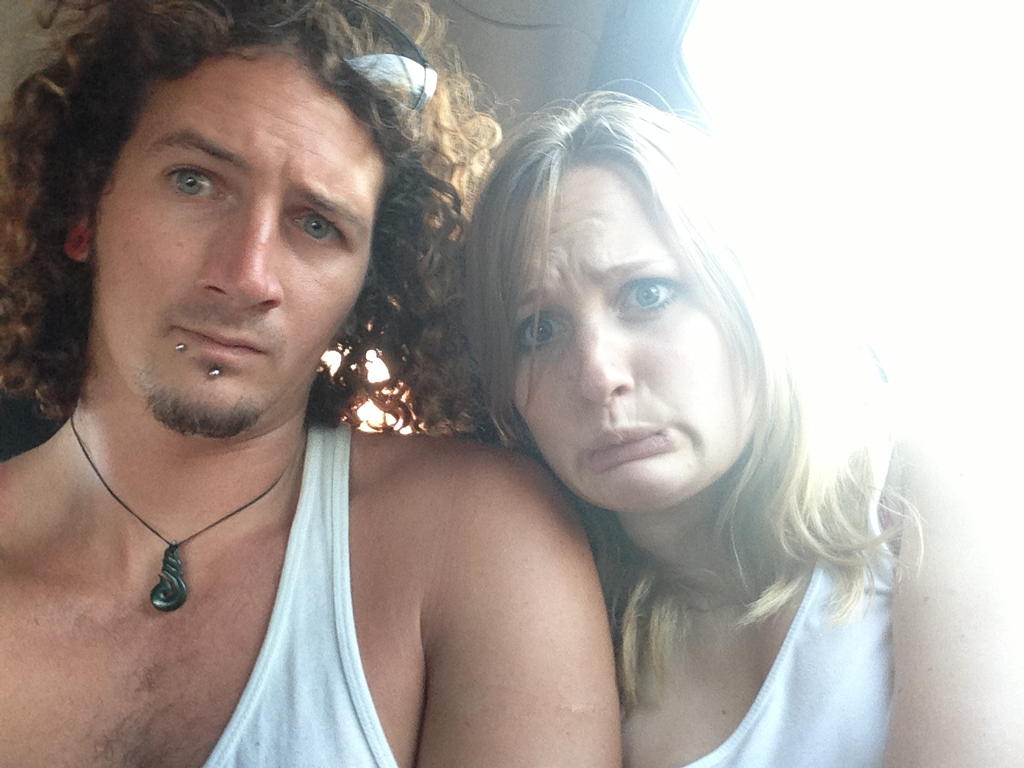 The Thailand – Cambodia Border Crossing, How I Almost Got Scammed…Twice!

I ticked an overland border crossing off my travel bucket list pretty soon after the start of my current adventure – it was the one between Ecuador and Peru. To be honest I was pretty nervous of the whole affair given all the stories I’d heard about people being robbed or over charged and warnings backpackers gave me.

So I paid a little extra for my bus ticket (I used Cruz Del Sur) and the whole thing turned out to be pretty safe and easy. (You can read my post on over landing through Ecuador and Peru here)

Since then I’ve done a number of overland border crossings (most of which have been on my overland adventure from Singapore to Bangkok) and I’ve had no issues.

The one crossing I’ve had problems with in the past though was the Thailand – Cambodia border crossing at Poi Pet.

This meant I was pretty on edge (but better prepared) when I did for a second time a few days ago.

The cost of a mini bus ticket from Bangkok, Thailand to Siem Reap, Cambodia is around 250-300baht (roughly £5-6) which is insanely cheap for a journey that takes near enough 12 hours to complete.

It’s also a very cramped and tiring journey, leaving the Thai capital at 8am. So predictably when you pull up to the final stop at the border (around 1pm) you’re shattered, irritable and just want the whole ordeal to be over!

The final stop before the border is at a little cafe/mini bus terminal, where you are greeted by a Thai dude asked where you are from and then he presents you with the Cambodian arrival/departure card – which is pretty standard for a border crossing.

Next up though he separates everyone pretty quickly into their groups (basically whoever you are traveling with) and takes them to another part of the building to chat about visas.

His first spiel is that the Cambodia visa needs to be done at a consulate because the visa process has now changed – and he kindly says they do this for you, at a cost of 1,200 baht (around £24), it will take around 10mins and this allows you to pass through the border in about 15mins.

However I had heard the line before, showed him my last Cambodian visa (which had only cost me $20, or £13) –  and he promptly left.

During this time I also got chatting to a couple of French backpackers – one of which had his Cambodian visa already and the other who was going to get his on the border too. The guy who had his visa had entered Cambodia on the Poi Pet crossing around 6 times in the last 4 months (he had been doing visa runs from Thailand) and confirmed what I thought – the guy was simply trying to scam us.

Then a new Thai guy came over to us and the tone changed slightly. He was totally rude, blunt and obnoxious – you could tell he was pissed that he wasn’t going to get any extra money out of the 3 of us without visas.

He then proceeded to ask how long we wanted the bus to wait at the other side of the border for us. We replied saying we weren’t sure how long the line was so they’d have to wait. His response was very agitated – he said he could guarantee one hour wait and then the bus would leave and we’d have to sort ourselves out and refused point blank to give us directions to the bus station for our onward mini bus.

I know that border crossing takes a while. The Thai stamp out can usually have long lines the Cambodian visa is pretty quick and painless but the Cambodian entry process (including finger print scanning) usually has a pretty long wait.

If he’s been calm and collected I might have even taken the bait – but his sheer agitation and rudeness pretty much confirmed he was trying to scam us.

Last time I was in this situation a German girl I was traveling with had been given a heads up on the scam by her buddy, grabbed our entire groups passports off the guys in question, screamed at him and demanded he take us straight to the border and not steal our money….it was priceless!

This time he was calling our bluff – so we called him out and demanded he take us to the border.

Needless to say he was not a happy chap!

10 mins later I had my Cambodian visa – costing only $20USD (although admittedly the immigration guy also demanded 100baht, I’m guessing that was a backhander, but I’d rather not argue with those guys!) – and was waiting to enter Cambodia…alongside all the people that had paid for their visas at the stop off.

As predicted the whole border crossing ordeal lasted near enough 2 hours. The Thai side was relatively quiet this time, but there was a pretty big line to finish off entry into Cambodia.

Technically according to the Thai guy we would have no transport now.

But rather predictably someone looked at the numbers on our stickers, said he was our guide and he’d wait – happy days.

Now the second part of this story isn’t something I’m entirely sure is a scam, it might just be unfortunate, but given how much they pushed our luck on the Thai side I wouldn’t be surprised if it was – so I’ll pass on the info anyway.

As soon as our group all got through immigration we were told that there was going to be a 2 hour wait for our mini bus.

Yup – despite the fact they do this visa run EVERYDAY there would still be a 2 hour wait.

However – we could all pay an additional 100 baht each (keep in mind the whole ticket had only cost us 250baht) for us to get a private taxi instead, which was ready immediately – how convenient! – and would also allow us to arrive nearly an hour early.

None of us had any particular rush, in fact we were enjoying being able to walk around a bit and get some refreshments, so we declined and sat down.

The guy repeated his offer a few more times over the next 15-20mins – we sat we weren’t bothered and carried on chatting amongst ourselves.

Then – by a magical stroke of luck – our mini bus had arrived…nearly 1.5 hours early!

So we all piled in, sat back and took in the green expanses of the Cambodian countryside for the remaining 3 hour trip to Siem Reap to check out Angkor Wat.

All in all the journey took 11 hours and cost me around £6.

If I’d been taken in by both scams I may have arrived in 10 hours – but it would have cost me £15 extra…nearly 3 times the price!

The fact this border crossing has caused me so much hassle the last 2 times I’ve done it and that my return journey last time from Cambodia to Thailand was an absolute nightmare also has lead me to buy a flight from Phnom Pehn to Bangkok.

Sure it cost around £50 including luggage – but it should be pretty pain free and will only take me just over an hour to complete the same journey!

Have you ever been scammed on a border crossing or had any nightmare crossing ordeals?

**Please note all visa advice, costing and protocols were correct at the time of me writing and is taken from my own personal experience. Double check with your consulate for the most accurate and up to date visa advice – I won’t be held responsible!**