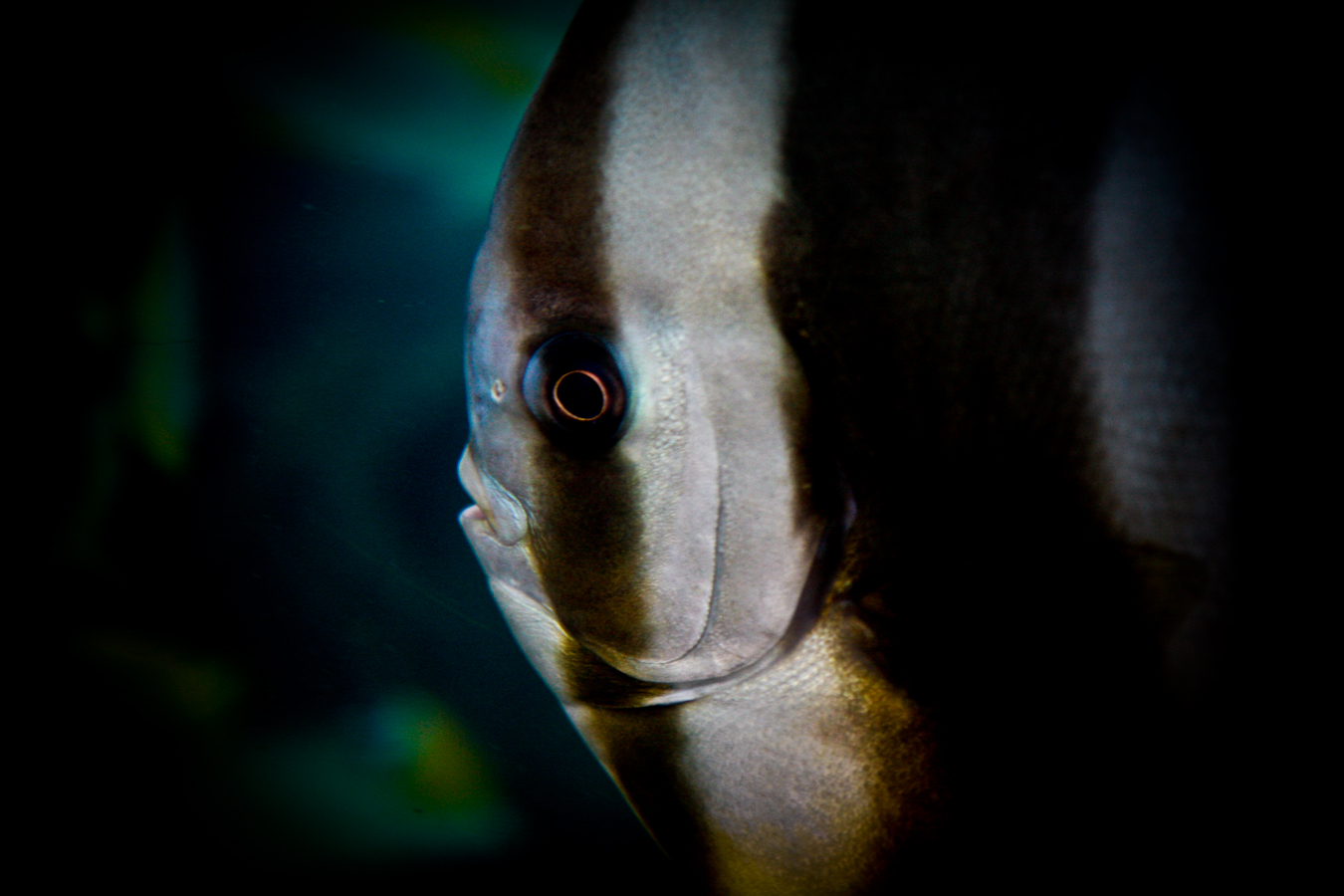 So after the success that was Sydney Wildlife Park we were pretty stoked to head off to the Aquarium for Bekki’s last day in Sidders.

We had a good lie in first though!

Jumping straight past the que (via an ice cream) we were greeted by tanks of brightly coloured fish and all sorts of aquatic treats – from freshwater fish to the mixed corals of the barrier reef.

Like the Wildlife Park the Aquarium is modern, clean and the tanks are well designed and laid out.

As usual I soaked up all the random factoids and filled my head with more useless stuff that I will no doubt regurgitate at a later date!hahaha!

There were 2 stand out higlights to the aquarium – the first being their Dugong exhibit. Dugongs (also know as the ‘Sea Cow’) are now endangered and Western Australia is home to one of the largest wild herds of them. These peaceful herbivores swim around lazily munching all sorts of aquatic vegetation and are thought to be the cause of the mermaid myths. I was pretty stoked to finally see one as I’d failed to spot any on the campervan trip.

Secondly was the shark tank. Always a winner! The walk through glass tunnel provided some excellent encounters with the range of sharks they have – from black tip reefies through to placid nurse sharks. They also house a few gigantic stingrays which were really impressive.

It wasn’t as exciting as the Wildlife Park but again a good day out and it does come recommended. However don’t expect many surprises if you’ve already dived on the reefs of Oz, I lost count of the tanks I passed by simply because I’ve swum with the fish in the wild!