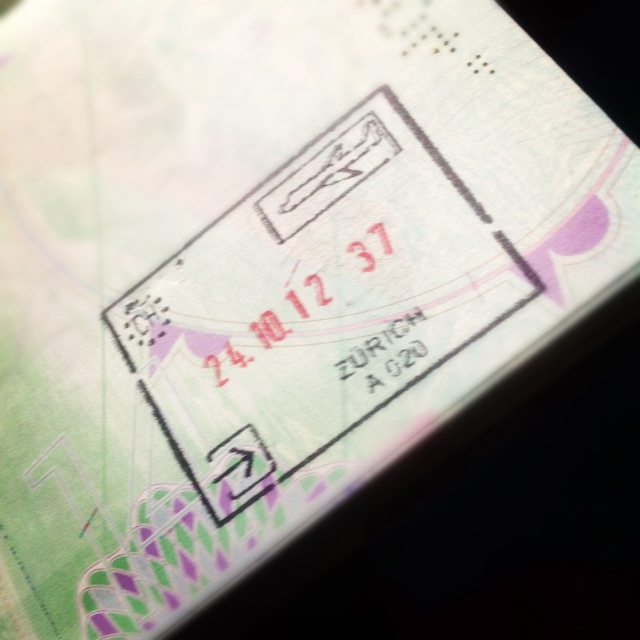 Surprise…I’m in Switzerland! (And It’s FREEZING!)

I posted a few weeks ago about my change of travel plans and the fact I was ready to leave Asia and bounce back to Europe to go see the girl for a bit, but I was kind of vague about when, and there was a reason for that…I was coming to surprise her!

Since booking my flights a few months back I outright lied to her about my arrival date and collaborated with a couple of her best friends to help smuggle me in without her knowing!

Not The Easiest Plan!

It’s taken some organising, baring in mind my German is non existent and trying to complete strangers to take days off work and come grab a surfer travel bum they’ve never met from the airport out of their holiday allowance – but to their credit Katjas buddies have been amazing and have helped me out massively!

No only that but I’ve had to spin some serious stories Katjas way – I speak to her pretty much everyday and I needed some way of justifying how a tech addict and blogger wouldn’t have access to internet for a prolonged period of time to cover my flight from Bangkok-Muscat-Madrid-Zurich!

In the end I went for the overnight bus option, but this one was going to take a long time because I needed to get another connecting mini bus to my final destination, thus rendering me un contactable for a good period of time!

I may have gone a bit over board on some details – like telling her my plans a few days before, inventing a paid blog trip I was going to and even chatting to her from Bangkok airport under the guide of missing my first bus and finding a pub to kill some time in….but hell I wasn’t taking any chances!

So when I landed something like 17 hours later, after possibly one of the most sleepless flights I’ve had in years – some of which I accredit to Oman Air and deciding my direct Muscat-Zurich flight was now to transit in Madrid and only informing me at the check in counter – I arrived in Zurich at 9am and was greeted by Katjas buddy Mirjam.

What we hadn’t really decided on was how to surprise Katja….after a few cheeky messages moaning about my “bus journey” we discovered she was still at home, and given the free wireless I was stealing from my crazily priced Starbucks coffee I decided to skype her.

Still half asleep in bed and puzzled why I was bugging her so early in the morning I told her she shouldn’t leave her for a why and she enquired why. So i panned the camera round to include Mirjam and announced “because me and Mirjam want to come round!”

Her face was priceless!

And after a quick train ride from the airport I was greeted with a massive hug and kiss – happy days all round!

I spent the rest of the day exploring a bit around the suburbs of Zurich, don’t ask me where, I’m jetlagged as and have no clue!

But my first impressions of Switzerland? This place is gorgeous. It’s open, surrounded by amazing mountains and really picturesque. In a weird way it reminds me of Devon!

Oh and did I mention it’s cold?! It’s freaking freezing here! I left Thailand’s 35 degree heat and I’m now dealing with less than 10 degrees! And I’m completely unprepared for it! I got more than a few odd looks walking from the airport in Thai fisherman shorts and flip flops!

…and I’ve woken up with a chest infection and runny nose…my body isn’t happy with this change!

Still I’m stoked for the next 6 weeks exploring this country, meeting a heap of new people, trying to learn some german and sampling everything Switzerland can throw at me (and yes I’ve already munched down on far too much Swiss chocolate!).

It’s going to take a bit of adjustment being back in a western country after nearly 6 months enjoying the culture and day to day life of Asia but it’s somewhere new and exciting and I cant wait to get stuck in!

Anyone have any tips and stuff to do?! 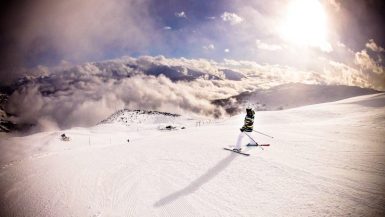 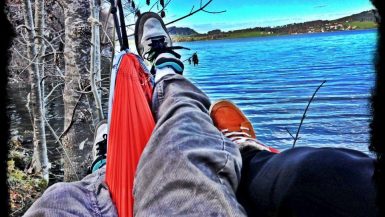 Braving The Slopes As A Backpacker