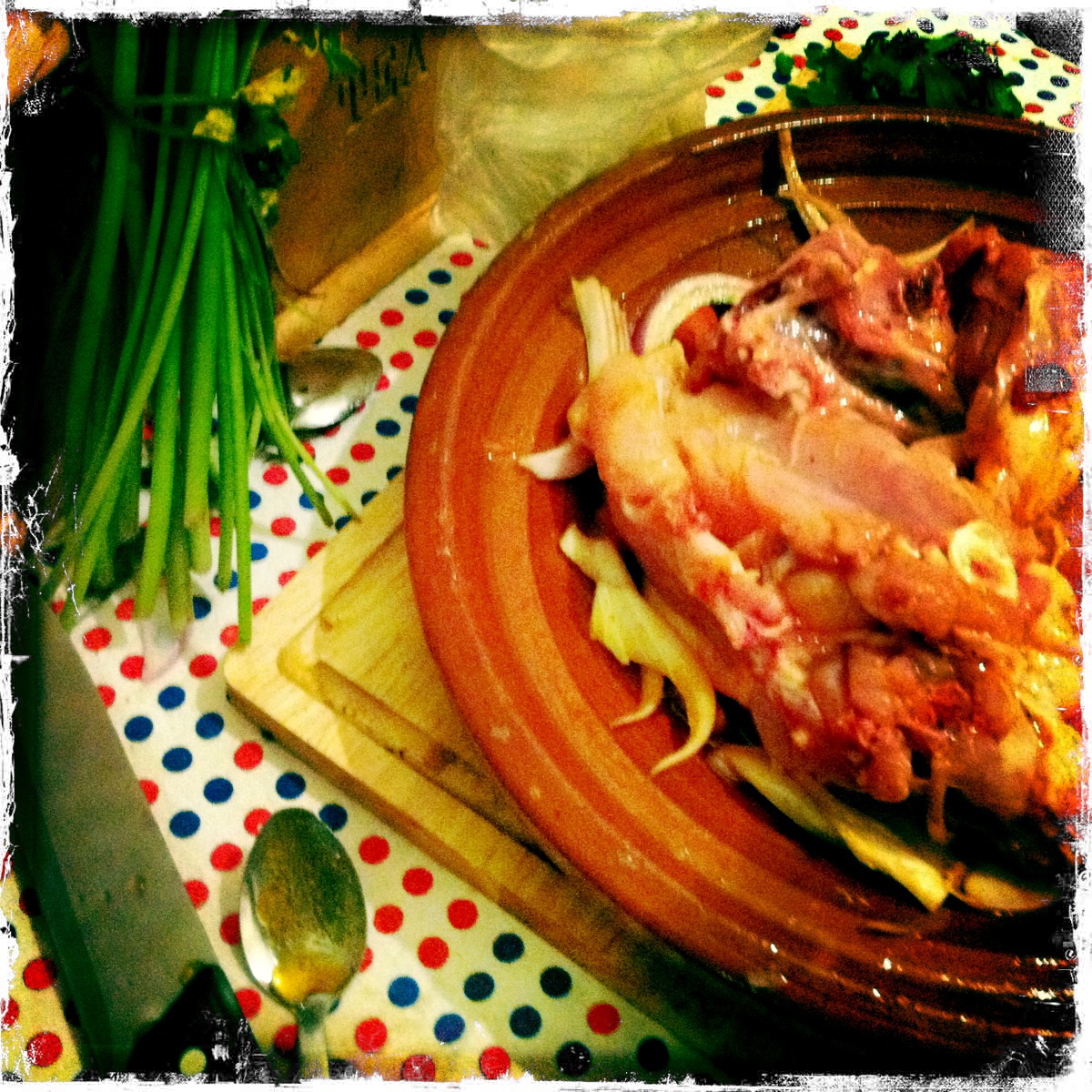 After nearly a week of our own company we had a nice little break from being self catering after a chance encounter in the local cafe.
A Moroccan guy named Khalihn struck up some conversation over kefta and mint tea, and before heading back for the night he suggested we all head to his the following evening for some home cooked tagine – nothing better than a bit of banter with the locals and to check out a Moroccan pad, so we gratefully accepted.

Not wanting to take advantage of a free meal, we brought an uber big portion of vegetable cous cous along with us – and a couple of ice cold bottles of vodka for good measure!

After being guided through the winding backstreets of Tamraght we arrived, a mere couple minutes walk from the main street but with a completely different vibe. We settled in Khalihn courtyard and he arranged all manner of colorful rugs and cushions for us to sit on – in a balmy evening it’s much nicer to dine al fresco!

After arranging ourselves around the low circular table we cracked open the vodka. Mindful that Morocco is a Muslim country and the village we were surfing in is actually a dry town we asked beforehand – it seems a lot of Moroccans bend the rules when presented with a few free bottles of duty free!
A couple of drinks in Khalihns brother emerged with a steaming pot of fresh mint tea. Toasts were made, shots consumed and the crisp smell of mint lingered in the air under a haze of Moroccan hashish (not that I condone that kind of behaviour of course…)

Khalihn gave me a tour of his house, a modest one bedroom affair but beautifully tiled and in a vast array of colour. He showed me how to prepare the tagine and we talked about family recipes and spice mixes for different meats. I think it’s an epic way to cook myself.

The gas stove was fired up and we headed back to the courtyard for more boozy banter – now the air mixed with the smells of hot stewing tagine and filled with laughter as our hosts and a couple of our group walked the fine line between tipsy and intoxicated…inevitably straying to the latter.

As the bottles emptied it was time to tuck into our Moroccan feast. The steaming tagine was placed amongst us and in true local style we ate with our hands, mopping up the juices with sweet flat breads – the sweetness of sultanas contrasting with the heat of the spices.
Khalihn had done us proud and soon a few solitary bones were all that remained.
Our epic portion of cous cous was next up and we only managed to get through about half of it – I suspect it kept Omah happy for a couple of days!

More mint tea was brewed and guitars were cracked out – although our musician was rather worse for wear and could barely keep himself seated let alone string a tune together, not that any of us were in any better state!

As the evening drew to a close we stumbled through the alleys back home.
An epic night were Moroccan hospitality met a few English customs – good timed all round.