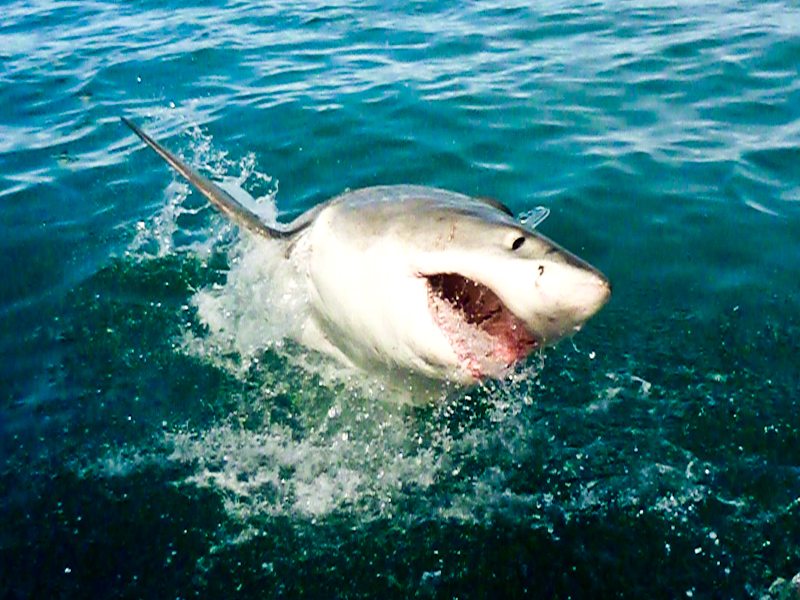 There’s a few things that have been sat on my travel bucket list for a while now – and when pics of my backpacking buddies ticking them off their lists pop up in my Facebook feed I get a genuine surge of jealousy! But instead of being mean to them I’ve decided to get their take on their experience…forcing them to write guest posts for you pleasure! So let me introduce Audrey, who I first met a few years on Koh Tao in Thailand and who has just returned from a rather epic adventure in South Africa…

The ocean has always possessed a magical hold over many people. They embrace it through sailing, surfing, scuba diving, or simply watching the lull of waves caress the sand behind a cool beer. A slight fear of the unknown has also heightened my awe of the creatures that inhibit this whole different world. Scuba diving opened my eyes to the surreal beauty of underwater,  but even before I boarded my flight to South Africa in June this year, I knew I had to get as close as I could to the most feared creature of the seas.

After the 10 most intense minutes of my life, I managed to get my bikini on the right way round and shoes on the right feet. Waking up after a typical South African night out, and only a few hours of sleep, I stumbled to the shuttle taking us to the dive center. Needless to say, the 40 minute journey was spent happily passed out.

People of all ages greeted us at the center to form our diving group. We were welcomed by friendly staff and a much needed breakfast before the safety briefing begun. Before anyone had time to think twice about wearing the fluorescent orange wind protectors, we were on board and heading out to shark alley.

Everyone onboard, including a couple who were shooting a documentary researching the impact of shark cage diving on shark behavior, was eager and full of excitement. I’d only ever seen sharks on documentaries and couldn’t wait for my first glimpse of a fin or a grey shadow in the water.

When you are surrounded by your surfer friends in one of South Africa’s most popular surf destinations, I can promise you it isn’t a great idea to exclaim your excitement about the upcoming shark dive. In the last decade, shark cage diving has been central to the controversy that pits the industry against surfers and environmental activists alike. Unfortunately, in recent years, shark attacks have been on the rise. People are very quick to believe that shark caging conditions the sharks to associate humans with easy food. In reality, a number of factors have played a large part in increasing contact zones between humans and sharks, be it from the Great Whites being protected under the 1991 law passed in South Africa, to more people visiting the country’s coastlines in the post-apartheid years. There is as of yet no conclusive evidence linking increasing shark attacks to the shark cage diving industry.

In groups of eight, we filtered into the cage.

The worst part of the trip, hands down, was the temperature of the water. I have never been in such cold water, and from myself to the burly men in the cage, we all squealed out when we were submerged. You have no breathing apparatus, as bubbles will frighten the sharks, but when you see your first great white glide idly by, watching your every move, you forget about the need for oxygen.

On average, I would say 20 seconds was the longest I could hold my breath, but when these sharks came I stayed fixated under water for the duration of the sighting. There is no real way to describe how mesmerized everyone was after their dive, and it would be bias and hard for me to put into words how I felt when I was held in the gaze of a three meter shark. But everyone that got on that boat had their views totally reversed when they stepped on land again.

To see these powerful and graceful creatures and to have them watch you is a privilege of the highest kind. I was not once scared, not even when my face was staring into the open jaws of the great white (apparently the cage tickled his taste buds). We saw numerous sharks breaching and gliding under and around our boat. Altogether it was an unforgettable and fun experience on the boat as well as when you were under water

People often hear about shark attacks and are quick to make their minds up about sharks. They should be feared, but above all they should be respected. They may cause up to 15 human deaths a year globally, but how many are killed by humans in the most brutal way on a daily basis!

I would advise a shark cage dive for anyone who has any reservations about sharks, for anyone who thinks negatively of them or for anyone who really wants to experience the wonders of one of the most feared and beautiful creatures of this planet.

It is our turn to give back to them, learn about them and help them to survive.

Have you been shark cage diving? How did the experience change your view on sharks? 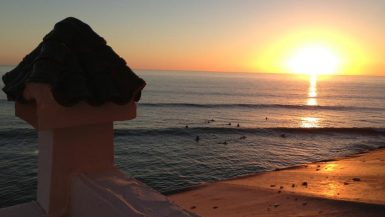