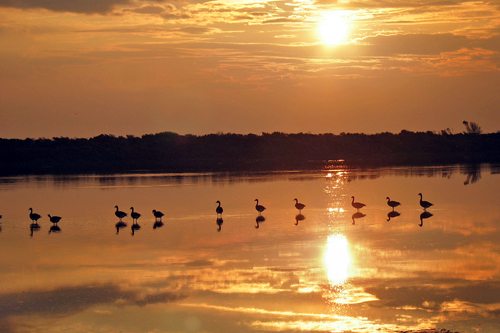 Saturday Showcase; Hole in The Donut

Last week the guys from Old World Wandering put fourth The Hole In the Donut for the next Saturday Showcase, and despite my horrendous time management skills following Glastonbury Festival Barbara came through with the goods! So have a read, check out her blog and enjoy her frankly amazing pictures….

Hi Barbara – who are you and what’s your story?! After years of working 70-80 hours a week at jobs that paid the bills but brought no joy, a serious illness made me realize that I felt like the proverbial “hole in the donut” – solid on the outside, but empty on the inside. A year later, fully recovered, I abandoned my career and home to travel around the world for six months. As I searched for joy and meaning in my life, I documented my journey on my blog, HoleInTheDonut.com, and soon realized that the only things that had ever made me happy were travel, photography and writing.

Nearly five years later, I am still traveling and writing about my experiences on my blog, which has become one of the top independent travel blogs in the world. About a year ago, realizing that it was foolish to keep an apartment with the amount of time I was spending on the road, I sold or gave away my remaining furniture and housewares, stored my few personal mementos, and embarked on a life of perpetual travel.

Discovering the world, one culture at a time

Strangely, you’ve caught up with me during one of those rare times I’m in the States. I recently returned from Nepal to attend a family wedding, and I have a few press trips scheduled in the U.S. over the next couple of months. What’s been the overall highlight of your travel experience?

Unequivocally, Nepal. Had you asked me this a year ago I would not have had a definitive answer, but when I visited Nepal last year the country really tugged at my heartstrings to the point where I am now basing there whenever I am not on the road. Not only is the scenery stunning, the people are wonderfully welcoming; it’s a place everyone should visit at least once.

What’s been the best bit of advice you’ve received while on the road?

Easy. Stay in the present moment. Wherever I am, it is a fixed point in time that I will never be able to recover or repeat, so I try to stay completely focused on what is happening in real time, rather than obsessing about the past or worrying about the future.

Not that I know of, unless you count eating too much and falling in love with the local culture wherever I go.

Tough one. I’ve taken hundreds of thousands of photos over the years and it’s pretty hard to pin it down to one shot, but if forced I’d say I really like the photo I took of Maasai warriors leaning against a mud hut in their kraal in the Ngorongoro Conservation Area in Tanzania, Africa. Vivid red plaid blankets wrapped around their torsos contrasted with naked, dusty legs and feet, the landscape screamed desolation, and their slouches conveyed the quiet desperation of abject poverty. The photo just spoke volumes to me. I have a few, but I think I’ll plug one that I wrote recently about the “Secret War” in Laos. From 1964 to 1973, the U.S. flew 500,000 missions and dropped two million tons of bombs on Laos, two tons for every man woman and child in the country, making it the most heavily bombed country in history. Laotians emerged from the caves in which they had hidden for nine years, only to confront another kind of terror. Up to 30% of the bomblets, which Lao call “bombies,” had failed to explode upon impact, leaving a legacy of 10-30 million unexploded bombies scattered across the country.

I am proud of this piece not only because my writing skills have improved so much since I first started my blog in 2006, but also because the longer I travel, the more my writing is taking on a journalistic bent and I think this post is one of my finest journalistic efforts.

Ah, yes! Six months ago I applied for press credentials to cover the Dalai Lama’s Kalachakra Mandala for World Peace, the largest and most important event of the year for Tibetans the world over. I learned just three days ago that I am one of a select group of journalists who will be granted full press credentials to cover the 11 day event, scheduled this year in Washington DC from July 6-16.

Upon the completion of the Kalachakra I’m off to Adirondack Park in New York State to hike and kayak for a week, then to Niagara Falls (both sides), followed by Smoky Mountain National Park and Atlanta.

But of course, it will all change a hundred times along the way, as I travel with no reservations and only the vaguest idea of where I might go next, in order to seize opportunities that pop up. For example, just yesterday I learned that a group of travel bloggers are trying to arrange a cruise to Antarctica in January. If that happens, and if I can afford it, I’ll rearrange my entire schedule to go.

If you want to know even more about Barbara the check out her blog over at www.holeinthedonut.com. She also tweets via @HoleintheDonut and you can even connect with her via her Facebook page.

Although Barbara nominated Legal Nomads for next weeks chain I decided to shake it up a bit to link in with the final instalment of our Gap Year Planner and we’ll be speaking to a blogger about to embark on a massive RTW adventure – Never End Footsteps. (but don’t worry I’ll catch up with Legal Nomads at a later date!)