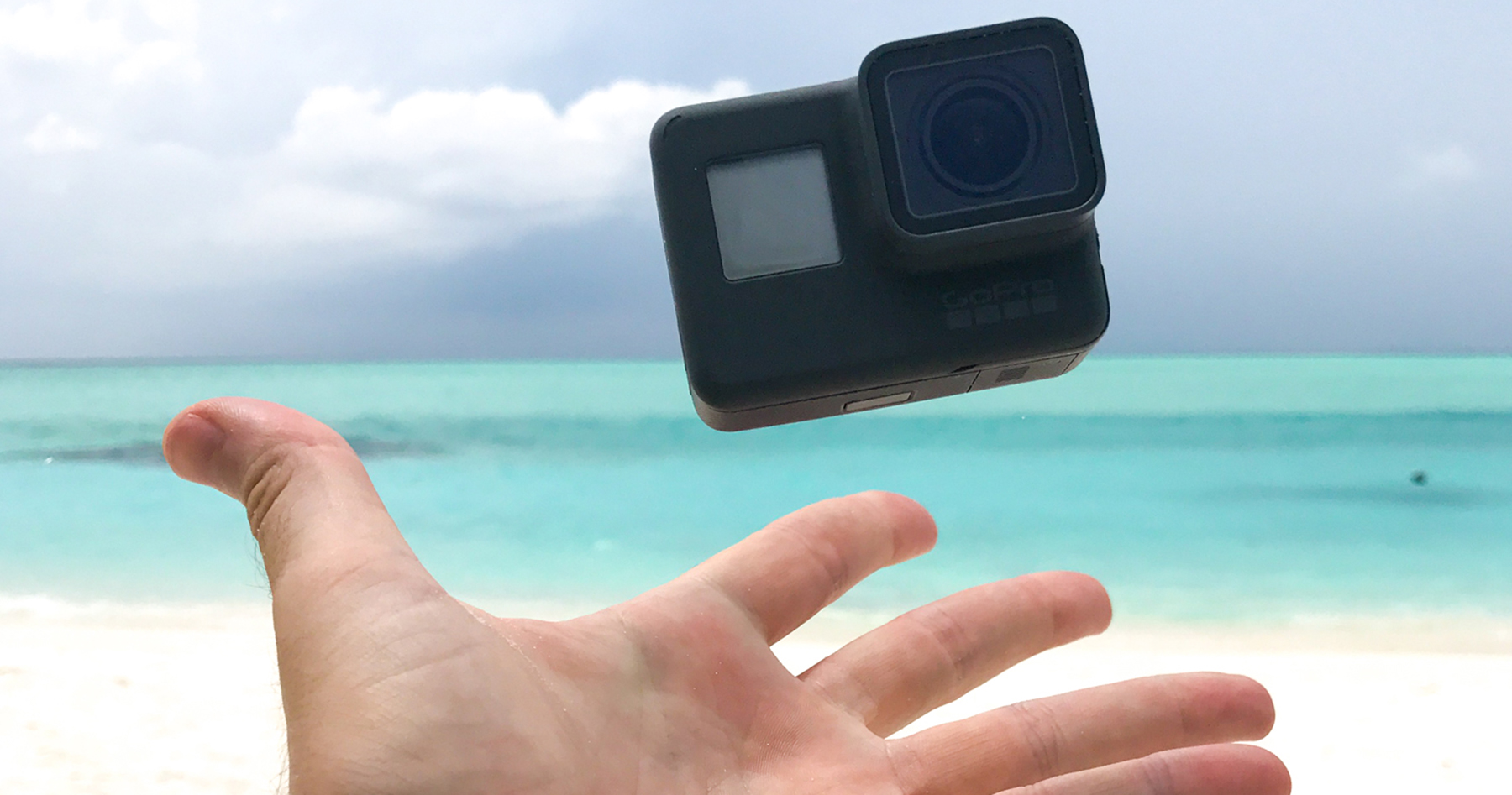 REVIEW – The GoPro Hero 6 Camera (And Should You Add It To Your Travel Kit?)

Looking to buy a new GoPro? Here’s my full review of the GoPro Hero 6 and whether it’s the perfect GoPro for travel.

It only takes a few glances at my Instagram feed to figure out that my GoPro is one of my most used travel cameras – and I’ve actually owned most editions since the original 35mm film version – it’s an amazing tool to capture life on the road.

And having spent the last year putting the GoPro Hero 5 through its paces when the GoPro Hero 6 was launched I was keen to see what the latest version of the worlds most popular action camera was capable of – and most importantly if it was worth the upgrade.

Ok first off lets have a quick look at the current GoPro camera range;

As you can see GoPro are covering a lot of bases (and budgets!) with their current line up of GoPro cameras with the GoPro Hero 6 replacing the GoPro Hero 5 Black as the flagship model.

And with 4 really solid options I bet you’re asking yourself if the GoPro Hero 6 is worth the extra cash, especially over the Hero 5 Black which is such an amazing camera for your travel kit.

What’s New With The Hero 6?

On the face of it the GoPro Hero 6 and the GoPro Hero 5 Black look pretty identical, in fact they have exactly the same form and the only major difference between the two is the simple fact one says Hero 6 on the side!

So what’s new with the GoPro Hero 6?

Well to put it into everyday terms I’d think of the Hero 6 as the “S” model of an iPhone – same look as the previous model, but with a whole heap of tech upgrades under the hood that improve performance and basically make it run faster and better!

The biggest of these spec upgrades is the new set of frame rates the GoPro Hero 6 boasts – especially when it comes to 4K and 1080.

The 4k resolution has been ramped up to 60 fps (frames per second) , which is double that of the GoPro Hero 5 Black.

More impressive though is the huge leap that 1080 has taken – and you can now shoot in a whooping 240fps.

“I’d think of the Hero 6 as the “S” model of an iPhone – same look as the previous model, but with a whole heap of tech upgrades”

But what does that actually mean for the average consumer? Well shooting higher frames per second gives you a lot more creative control over slow mo footage – the kind of effect that jumps and average video edit into something a lot more creative and professional looking.The quality is pretty epic, but word to the wise – use it sparingly as smartphones and computers will feel the strain of the extra FPS when editing!

It’s also worth pointing out that 2.7k has also had a frame rate bump up to 120fps – which is my personal go to setting as I can sync up the quality with my DJI Mavic Pro and DJI Osmo steadicam for some continuity across all my shooting mediums.

For the average consumer though these spec jumps will probably actually not mean that much – but for the creatives out there I’m sure you’ll appreciate the jump.

Along with these upgrades the GoPro Hero 6 also now has access to ISO 3200 photos – which in everyday terms means a lot more performance in low light, which is great news as this has also been one of the biggest weaknesses for the GoPro range.

With this ISO bump also comes a better dynamic range and low light performance across all filming and still images…basically it works better in low light and that’s really all you need to take from that!

As a result the GoPro Hero 6 also produces much clearer and brighter colours in both video and photo mode, which is a welcome upgrade as well.

Surprisingly (and to much relief) all these upgrades haven’t affected the battery life much and you can enjoy much the same shoot time with the GoPro Hero 6 as the GoPro Hero 5 Black.

One of my personal favourite upgrades though is with the in camera stabilisation – GoPro have really jumped this up massively with the Hero 6 and when handled correctly the results are almost as stable as my Osmo gimbal. This means smoother, clearer footage and will give you edit a much more professional look.

Admittedly though this isn’t available in all FPS settings, but in my go to setting of 2.7k @ 60fps it works amazingly – and even my underwater video from the Maldives looks way crisper than I could’ve hoped for.

Another, slightly overlooked feature of the GoPro Hero 6 is the fact you can now pinch to zoom. Annoyingly you cant do this whilst filming, but its a nice feature too add and I’m sure its one a lot of people will end up using.

Along with that addition to the touch screen I’m happy to report that the responsiveness of the touch screen overall has improved heaps – most notably when the screen is wet, which is a welcome tweak as I tend to change settings quite a bit when surfing or shooting in the water.

So the GoPro Hero 6 has the same looks, but lots more power and creative functions. Ultimately this comes down to the fact that GoPro have created their own custom chip – the GP1 – for the Hero 6.

This is a hugely geeky thing to point out but it’s worth mentioning as this will also mean heaps more possibilities for future GoPro models too – as now that GoPro own all the composents they can customise them to what they want to achieve.

This was the same for Apple when they create their own custom chips for the iPhone…it just makes everything just work!

Geek things aside this has also resulted in 3 x faster wifi speed on the GoPro Hero 6 for quicker downloading to your phone and a bump in speed on the Quik Stories feature. Although admittedly I still don’t use this much and I still find it too slow and annoying to use with the amount of clips I shoot)

“GoPro have created their own custom chip – the GP1”

One great thing about the lack of physical changes in the GoPro Hero 6 is the fact it’s totally compatible with all the mounts and more importantly housings for the GoPro Hero 5 Black.

Which meant that £50 Super Suit (scuba diving housing) I had invested in for my Hero 5 Black fits my Hero 6 no worries and my range of mounts are all still useable.

Great news for anyone who has heavily invested in accessories for their GoPro.

This is also true for two of GoPros other pieces of kit – the Karma Drone and the Karma grip. So if you have either of these already or were thinking about buying them down the line the Hero 6 works seamlessly with them already.

GoPro Hero 6 – Is It Worth The Extra Cost?

The nitty gritty of it is that the GoPro Hero 6 is now the most expensive GoPro they’ve ever produces, coming in at £499, which is now loose change in anyones books.

Surprisingly GoPro didn’t discontinue the GoPro Hero 5 Black as part of this refresh and have simply priced it at £399 instead, so £100 saving.

This also then creates quite a predicament – is the GoPro Hero 6 worth the extra cash?

If you’re really into your film work and use the GoPro as one of your main cameras on the road then all the geeky tech upgrades and the creative options this allows will no doubt be of huge interest to you.

So if you fit into that box then yes the GoPro Hero 6 is well worth and extra £100.

And for everyone else….

“is the GoPro Hero 6 worth the extra cash?”

Should you upgrade to the GoPro Hero 6?

Like all the new tech and have the cash to splash? Buy the Hero 6

Hero 5 taken a beating and in need of replacing? Buy the Hero 6 if you have the cash

New to GoPro and investing for a solid camera for your travels? Truthfully – both the GoPro Hero 5 Black and GoPro Hero 6 are amazing cameras so it depends if you’d rather use that extra cash to buy a heap of accessories

Serious about photography and film making? Buy the Hero 6

New to GoPro want the best and most flexible option? Buy the Hero 5 Black and use the extra cash for accessories

Looking for a gift but on a budget? Buy the Hero 5 Session or Hero Session

Not fussed about the screen? Buy the Hero 5 Session

Happy with your Hero 5 or previous GoPro? Save the cash for the moment!

Want the most budget friendly option? You can still grab the original Hero Session for just £149

Have you tested out the GoPro Hero 6?

What do you make of it? 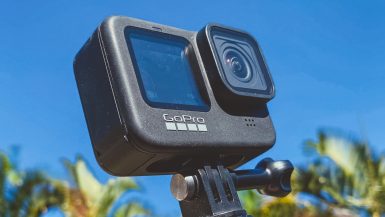