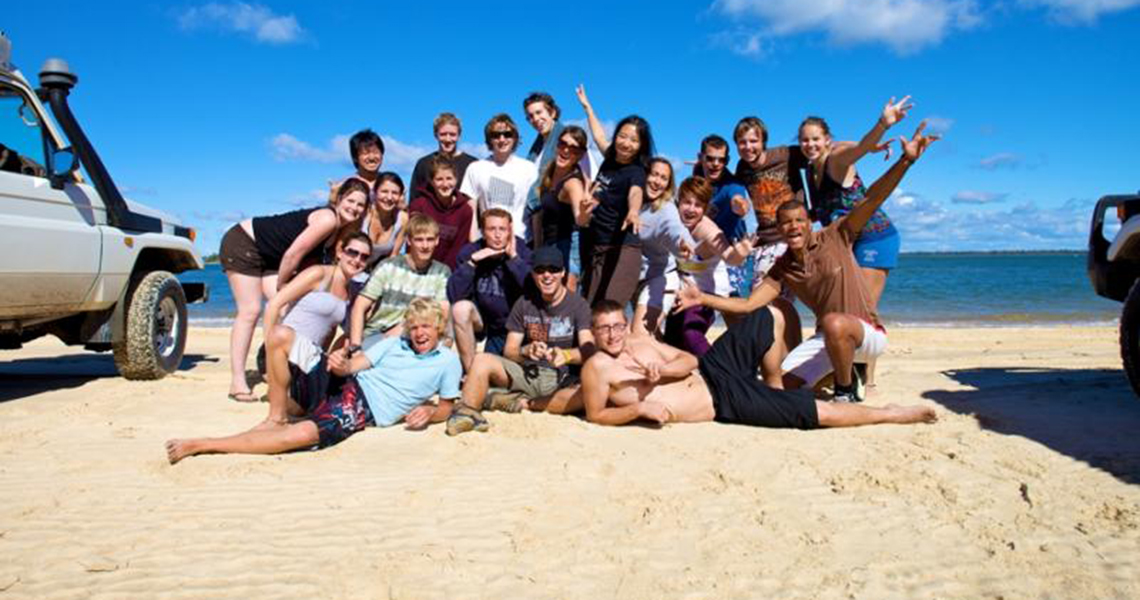 As my East Coast Tour continues I’ve been pacing it up the coast to my final destination in Cairns. For the last 3 days I’ve been bombing around the worlds largest sand island – Fraser Island – located just off the coast of Rainbow Beach.

As part of my road trip I booked everything up in a large package and relied on our mates working at TravelBugs to hook us up with the best tours on our hit list. For Fraser Island we were with Dingos Fraser Island Tours and I’ll sum up this post now – I was stoked with the services they provided!

The day before we departed we met up with the others on the tour (about 24 including our guide and his son) for a safety briefing and what not. In the last 8 months there’s been a lot of new legislation imposed on the 4×4 tours due to a spate of accidents and fatalities in early 2010. A result of which is the fact all 4×4’s are now guided and new speed limits and policing has been introduced.
Following the obligatory old school, sometimes factual incorrect safety video we we given our groups and told to assemble the next morning to kit out the trucks and get going.
Given that we were all staying in a hostel and that the hostel contained a bar it was inevitable that some team bonding over beers was had.
Which is all well and good until you have to wake up at 6am to get going!

Time To Hit The Road!

Nursing hangovers and with the tropical heat baking down in full force we loaded the trucks with supplies, food, booze and a whole heap of stuff we never ended up using head guide Merv gave us the low down on what to expect, drilled in the legislation, slated the companies in Hervey Bay which caused everything to go tits up and then briefed the driver on how to handle sand and what not.
With all final questions asked and 8 squeezed in per truck we bedded up the coast to catch the ferry across.
Within 10mins of driving goon bags were paraded out the windows of all the trucks….the drinking had started!
The first couple hours on Fraser were spent taking in the lush sands, dodging traffic and setting up base camp for the next few days – set in from the beach just behind a small set of dunes. Once a rabble camp of tents, tarp roofs and goon boxes had been assembled we booted out some lunch before heading along the beach to Lake Wobby.

The lake is 2km inland and via a large stretch of desert like terrain, bordered by lush tropical forest and the home of the purest breed of wild dingo anywhere in the world. As the sands sprawled out before us it dipped into a crate, at the bottom of which lay an emerald green lake packed full of catfish and looking uber inviting in the baking heat.
Needless to say everyone piled into the water and we spent the next few hours sipping goon and having a good time.
The highlight of which had to be Damo managing to catch a catfish with his bare hands, much to the delight of the rest of the group! Epic indeed!
Following the return hike it was back to camp to eat and enjoy the evening sun.
Our tour included all the food for the trip, and I’ll admit I’m always dubious about trips like that as I usually end up eating crap food or spending a lot of time being hungry. Dingos Fraser Island had done us proud though, with a full meal list that looked awesome.
First nights dinner was steak and mash, the second was Asian stir fry, breakfasts included cereal and scrambled eggs, lunches had cold meats and wraps – a welcome change from the noodles and junk food I’m currently surviving on!
As soon as food was done the party continued and we chillaxed on the beach taking in an impressive star scape.

Settling Into Life On Fraser Island

After a rather inadequate sleep (sand floors and lack of pillows don’t lend themselves to thorough nights kip) we rose early to make the most of low tide driving and headed up the coast.
First stop was Eli Creek – a beautifully clear freshwater stream which you could drink directly from and wash off last nights hangover!
We then visited the wreck of the ‘Maheno’ – a luxury cruise liner which ran aground in the 1930’s whilst being towed to Japan.
Then it was more beach driving to Waddy Point. Here lay the Champagne Pools – a series of large rock pools which froth up with bubbles as the waves crash into them. After a rather chilly but much needed swim and fish chasing it was off to the highlight off the day – Indian Head.
Indian head is a large cliff headlands which gives great views up and down the coast.

Directly below them is crystal clear water which is the home to numerous aquatic treats. We spent an hour or so watching 6 foot sharks cruise around, eagle rays glide along the surface, dolphins play, whales meander and huge turtles mate. It was an awesome display of Australia’s rich underwater paradise.

As our final night on Fraser it was inevitable that much goon was cracked open and after a heart meal we all got a bit loose and many amusing events unfolded…but never to be aired in public!

Back To The Mainland

A slight lie in on our final morning set us up for a day of inland driving to Lake McKenzie. The drive was certainly a lot more tough than the slidy and unresponsive sand driving we were used too, and bouncing around in the back wasn’t doing Jimmys stomach any good!
But the drive was well worth it. Lake McKenzie is beautiful.

The water is the clearest I’ve ever seen and it’s border lined with the same white sands as the Whitsundays. Swimming in it is a treat. Picture every tourist brochure you’ve ever seen donned with images of the perfect paradise. This lake was as close as I’ve felt to that.
With the sun still shinning everyone got their tans well and truly topped up and came away with ear to ear smiles.
The final leg of our trip was another of my driving legs. And it was great fun. Again the inland tracks provided a bumpy ride through lush forest before bombing down the beach, through streams and even finally spotting some Dingoes!

Following the ferry journey back we unloaded our trucks and cleaned half of Fraser out of them before the mechanic checked each over to make sure we hadn’t hammered them too much!

An epic trip that’s well worth the time and money. Dingos Fraser Island were well up to my expectations. Our guide was full of banter and insider knowledge and made sure we made the most of our time there. The whole thing was organised with military precision, the 4×4’s were adequate and in good nick, the rest if the gear cover all our needs and as already said the included food hit the spot!
I wouldn’t hesitate to recommend them, or indeed a trip to Fraser to anyone hitting up east coast Oz – their 3 day/2 night Fraser Island camping tour starts at $469 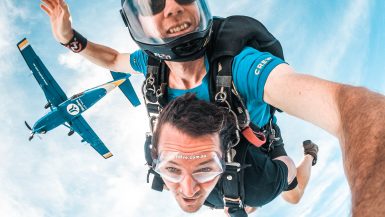 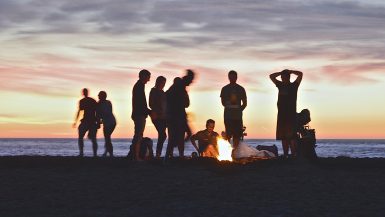 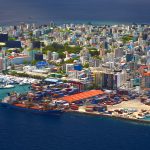