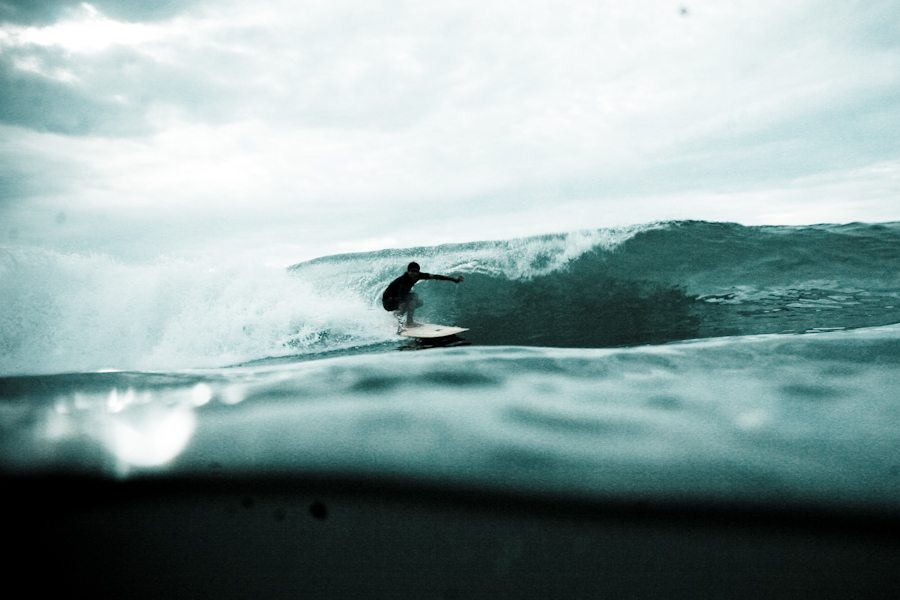 Having finally left the beauty, surf and party scene that was my home in Montanita, Ecuador for the past 3 months it was going to be tough to find somewhere that matched it’s lure for me.

I had no real idea where I was heading on my way down through Peru but my fellow surf instructor Luis came to the rescue and convinced me to head to Mancora, just inside the Peruvian border – to sample some more warm water waves.

He also mentioned that it was a rather fun place to party and him and few other backpackers pointed me in the direction of Loki Hostel for a place to to stay.

With no other plan I booked my bus and headed to Guayaquil for an 8 hour journey across the border.

The Start of the Journey

The bus itself wasn’t an issue at all (I shall be doing a stand alone post on my border crossing experience and heading overland in Peru via bus) and I arrived safely in one piece – all be it slightly tired.

And with that in mind I headed straight to Loki, checked in and headed to room 311 to chill out and catch some sleep.

On walking into the room a couple of beds had sleeping occupants, so I thought a good nights sleep would be easy enough. But when you’re awoken 2 hours later by a steamingly drunk room mate and pumping tunes from the bar you know you’ve landed somewhere where people come to make bad decisions!

That kind of set the bar party wise really – the drunk dude Beruit became a good friend of mine and worked behind the bar – and along with a small crew of people I cam to know well including south african Simon, beefy and tiger prawn (2 Aussie girls who were the most mental people I’ve met in a long time!), danni and christobel – we hit the Loki bar and partied hard.

It wasn’t quite Montanitas cocktail alley but along the beach lay a handful of bars (including the infamous Charlies bar) and slightly back from the beach there were a few rag tag club like places where the entire hostel would empty out after.

Blast From the Past

The party setup here reminded me of how Montanita was when I visited 5 years ago. Enough to keep the surf and backpacker community content but nothing very structured or on a grand scale.

The similarity to Montanita (particularly the early version) extended to the community itself. It’s a very small town where it’s easy to get to know individuals – especially as a surfer. There’s not crazy amounts to do, but the streets are lined with a number of toursity shops and a heap of hippies selling handicrafts.

The real draw of Mancora – as with Montanita – is the surf.

Montanita has the iconic point with it’s reeling right hand wave, hollow yet fun, busy yet with enough peaks so everyone can share the water. 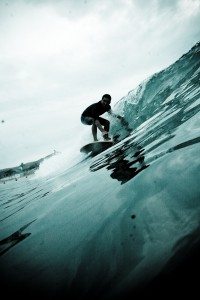 Mancora on the other hand boasts something more fun in my opinion – a perfect left handed point break.

It’s a single peak which means heaps of jostling for waves, opportunism and localism. It can be a pain to get your share of the waves – but you’re rewarded with a perfect, predictable reeling face once you do.

This mix of party, small town vibe and surf culture makes Mancora the perfect way point for anyone looking for the backpacking beach vibe – either as a wind down from the 247 party and surf chaos of Ecuadors surf capital, or a stepping stone in Peru on your way there!

Either way you’re sure to enjoy both, I came to Mancora for 2 days trying to hold onto the ocean lifestyle I came to be accustomed to for so long in Montanita, I found an equally – if not more – fun version of it and ended up staying over a week…which has since caused havoc to my Peru plans but was well worth it!

So if you’re heading overland into Peru from Ecuador or visa versa why not break up the journey to Lima or Guayaquil and stop off for some fun on the coast – you won’t regret it.