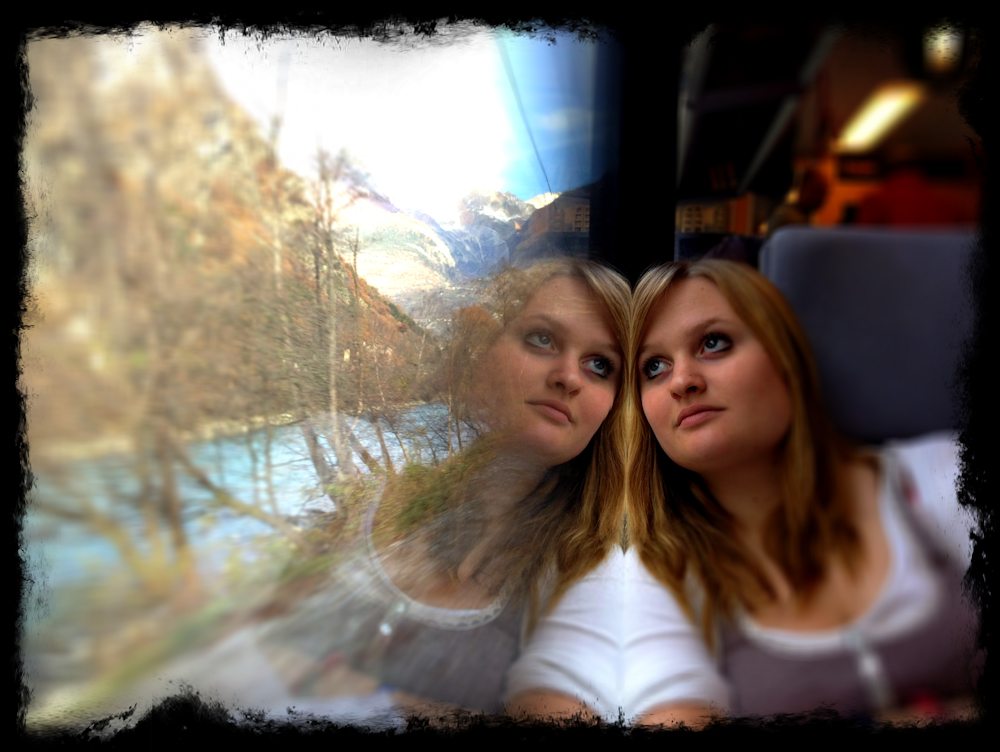 Whilst I was backpacking in Switzerland I was instantly impressed with how the country lives up to its stereotype, it’s clean, organised and everything works pretty much perfectly! After the chaos and confusion of South East Asia it was a welcome breathe of reliability!

I thought I’d pass on some info on how I navigated around this rather small but amazing country and also give you a low down on the pricing too – because as with most things in Switzerland you pay for quality, transport included!

Train was by far my most used method of getting around in Switzerland, they run like clockwork and are spacious and comfy. They aren’t cheap though – my longest journey from Zurich to Zermatt would’ve set me back over £150! However there’s some great reduction cards available from the guys over at My Switzerland (they were kind enough to hook me up during my stay) which can save you a heap of dollar.

The train system in Switzerland links all the stops you’d want to hit up too – including Zurich, Geneva, Bern and more!

If this is the option you go for make sure you download the SBB app for your smartphone allowing you to buy tickets and search timetables on the go.

When moving around the major cities like Zurich the tram is a great option, there’s a heap of routes covering most places and they run every few minutes so it’s super convenient. If you opt for something like the Swiss Pass card your discount also applies on trams too, bargain!

You can sort a dayrider card allowing unlimited travel or a single route fare, a 15 minute journey is about £3.50 one way.

Some areas of Switzerland – including alot of the mountain areas – aren’t fully covered by rail so you’ll have to resort to buses. Even so they’re still spacious and modern meaning you wont have to be squashed in, if you’re carrying alot of luggage there’s storage for bags/skis/snowboards so it’s an easy way to get around.

Switzerland, as with most places in Europe, is fully accessible by road and having a car to drive around allows a complete freedom of movement – especially if you’re travelling in a small group. I was lucky enough that the girl has a car and parts of my journey were chauffeur driven! Signposts seem clear and easy enough to understand and you can easily download an update to your sat nav if you want to go that route! And it’s as easy to sort out a ride on landing in any of the major airports as it is to sort car rental from Heathrow.

I was fully taken back by the beauty of the Swiss landscape and found myself exploring alot of places on foot. The air is clean and it’s the perfect option in the snow or the sunshine. Throughout the country there are many walking trails so if you fancy a half hour wander or a full days hike into the mountains there’s no lack of options! Check out my top pics from Switzerland from some inspiration!

I thought I’d mention ski lifts in this transport option also as I used quite a few during my stay.

With a large wintersports community there is no lack of ski lifts offering connections to a variety of pistes – from beginner slopes through to world class black slopes and off piste runs. The cost of these passes actually caught me slightly off guard – with Flims costing about £50 for the day and the Matterhorn coming in around £60! If you’re wanting to cut costs down you can do a have day (around 70% of the cost after midday) or if you just want to explore on foot a day pass will be around £25.

Even though the cost is fairly high it’s worth it as you have unlimited lift access and it’s a hell of alot easier than walking!

Whatever way you decide to explore Switzerland and whether this be in the heat of summer or the crisp snow of the winter I’m sure you’ll have a great time – I can’t wait to get back and explore some more over the next few years!