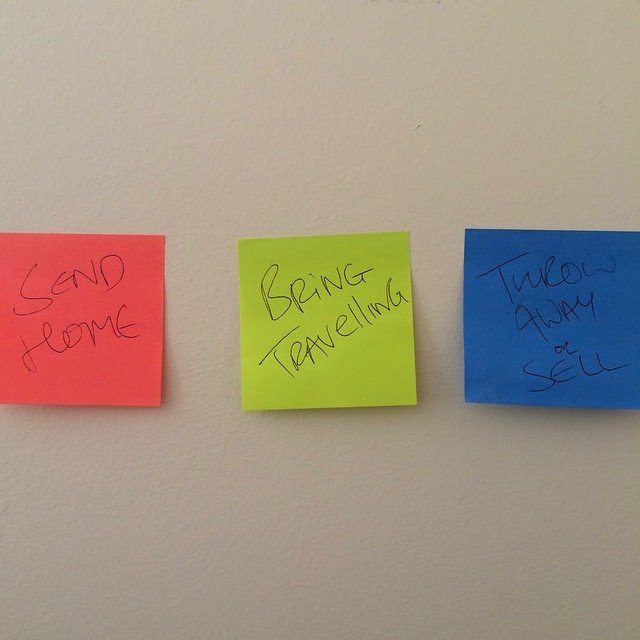 Hitting the Road Again – A Refresher Course In Costs and Planning!

After a slightly prolonged period back in the UK I’ve spent the last few weeks gearing up for my next adventure to South Africa and beyond.

It has actually been a bit of a refresher course on my part in regards to travel planning – usually I have a pretty good idea of where I’m heading and everything is booked in a fairly organic and free flowing manner as plans crop up.

However given the fact I was here to work I didn’t really have an immediate onward plan, so when I decided to hit the road again I was suddenly thrown back to square one!

Couple that with the Povester joining me (who again had no real plans!) and suddenly for the first time in a long time I’ve actually had to organise things from scratch and it’s re-taught me a lot!

Practice What I Preach

Now I blog a lot about how easy it is to plan travelling and get out there – so I guess in a weird way these few weeks were me practising what I preach!

I’ve had to show myself that what I’m saying still rings true and it’s put me back in the position of you guys in the planning and decision stages. Admittedly I’ve got a few years of travel behind me now, but once you’re on the road things certainly get easier. It’s this first hurdle to a life of travel that is the most difficult one.

The first plan was obviously to figure out where the hell I wanted to go! Even thought I hadn’t really thought about it heaps I was immediately drawn back to Asia. It’s cheap, there’s plenty to do and there’s still a number of places I really wanted to explore – with the Philippines being top of the list.

With that in mind there was one obvious place to fly into – Bangkok. It’s the hub to Asia really and provides some of the best and cheapest flight connections.

Given that the Povester hasn’t travelled Asia much it’s also the perfect opportunity to show her around as Thailand is such a great country to travel and with a 30 day visa why not make the most of it all. So the first month was sorted – Thailand.

Next up I also wanted to explore somewhere new. I’ve already hit up Laos (which was actually a massive disappointment) and Cambodia a few times. Given my love for scuba diving and surfing somewhere I could combine the two would be perfect. The Philippines offers both AND it’s a new place to explore.

On the time scale we’d now be heading into December so it’s where we wanted to spend xmas and new year. Then Tara mentioned Indonesia. I’m a huge fan of Indo which is full of world class surfing and diving so it was a no brainer!

From there we’re heading downwards into Australia too so bouncing from Indo down is no worries.

As you can see my method of choosing came down to a few things – keeping the flow of the travel going (ie not bouncing to and from places heaps!), locating destinations that offered up things that I’m interested in, slotting in key experiences (like scuba diving on Koh Tao) and also keeping in mind key dates – like the Povesters birthday, xmas and new year.

With our actual trips plans coming together it was time to sort all the boring but necessary stuff needed to make it happen.

Stuff like travel insurance is a big thing to sort and budget in. Hopefully it’ll be the biggest waste of money on your trip as this means you come in one piece! IT’s also important to make sure it covers all the awesome stuff you’re getting up too.

Personally I use STA Travels Premier Blue Insurance. Having worked for them a few years ago I know it covers everything from bamboo rafting through to scuba diving and has a good level of cover too. Plus you can always add in the medical excess waiver so if anything does happen you aren’t even more out of pocket.

It’s totally up to you though – but they’re certainly a solid start.

Then there’s things like malaria tablets, jabs and what not. I got stabbed the hell out of at the doctors before heading over a few years ago so I’m pretty covered on the injection front. The Povester on the other hand needed some boosters. The trick with these is to sort it sooner rather than later – some require a course of 3 injections over a number of weeks so don’t get caught short.

Then there’s a rucksack! I’ve been travelling on only hand luggage and gave my last back (the Berghaus Jalan) to my bro to take to Oz. After reviewing the SMASHii Anti Theft bag I’ve decided that it fit my needs perfectly so that’s now coming with me on the road!

Luckily the extras also include the fun stuff – booking things! Over the last few weeks me and the Povester have been slowly piecing together some key parts of the trip and getting them all booked. Our accommodation either side of main flights and key experiences like dive trips and surf camps. Having these all paid for and sorted mean we have a focus and can simply turn up and enjoy ourselves.

Of course there’s plenty of time where we have no clue what we’re doing so we can embrace the spontaneity of travel too!

Ugggghhhhh this is the worst bit! Getting organised! For me this involves trying to sell as much of my stuff as I can (well label stuff for selling and pay my cousin to sort it all!) as well as getting things like in order that I won’t be able to deal with once I’m out of the country.

For Tara this means emptying her entire flat, cancelling her lease, cancelling her phone contract, redirecting her mail and a whole heap of other stuff I’m glad I don’t have to deal with.

The bottom line is make a list and work your way through it. You don’t want to be making long distance calls from Thailand to sort something you didn’t get around to doing, you want to leave with a clear mind and not having to worry!

I’ve had a lot of feedback on my budget posts (especially my monthly Australia and Thailand planners) so I thought I’d take the opportunity to give you guys a breakdown of my initial travel planning costs to give you an idea of how much it may cost before you even jump on that plane!

Cashcard – £20. This little bad boy (again from STA!) has been going strong over the last 3 years without issue, a great way to not worry about currency conversion and easily manage your cash.

Local Currency – £100. I always find it helpful to have some local currency before any flight so you can hit the ground running. Things like shuttles from the airport, a snack or a meal after checking in. The last thing you want to do in a new, unfamiliar place is to be trying to locate a cash point!

Laptop/Camera Insurance – £140 via Photoguard UK. Having a Macbook Pro and full digital SLR setup means most travel insurance simple won’t cover the full value. I’ve used Photoguard for most of my trips and they can cover globally for unlimited periods of time.

Injections – my only booster this time was free on the NHS. However some jabs like rabies can set you back nearly £100 a course.

First Nights accommodation – £20. Yup this could’ve been heaps cheaper but I’m sandwiching a long haul flight to Bangkok with an overnight bus the next night, so I opted for a nicer hotel to recover in! Rikka Inn on Khao San – double bed, en suite and a rooftop pool!

Backpack – £200. Luckily I’ve still got my review sample from SMASHii, but I’ve included the cost so you guys know what to expect. a good bag will be between £100-£200 depending on what you go with.

Savings – I’ve got roughly £5,000 saved from my brief stint in the office and other savings. If you were planning on just doing a trip around Asia for a few months or landing in Oz/NZ after on a working holiday visa this should be a solid amount to get you setup.

The last few weeks has been an interesting turn of events but it’s been pretty fun going back to square one and having to piece everything together again! Although I’ve kind of lost the excitement of planning – a bit depressing I know – I’ve certainly refound my stoke to stay on the road and I know this next adventure is going to be pretty awesome.

I’ve no idea where it’ll take me or what will change – but it’s sure going to be a fun ride!