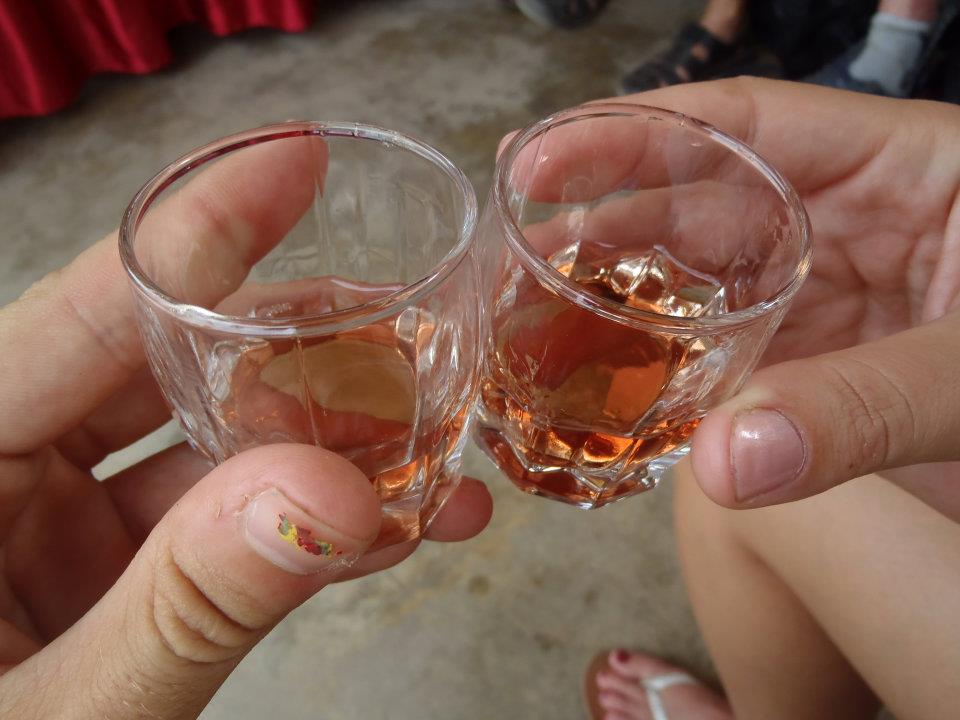 Getting Pissed on Pisco in Peru!

I came to Ica simply to get a final fix of board sports before heading inland, but due to the bus timetables I found myself with the best part of a day to kill before heading onwards to Puno.

I probably would’ve spent the day sun bathing, chilling by the pool or maybe having a stroll around the sand dunes, but luckily for me Megan already had plans for the day and invited me along for the ride…

Usually an invite to a winery would be something that A) would never really be extended my way as I don’t run in those circles and B) would be turned down if it was put out there!

However with a day to kill I decided to try something new and maybe even act a little cultured for a change – after all I’ve done nothing but party and chill on the beach for the best part of 4 months!

After a relaxed breakfast we headed out alongside 10 others (a mix of ages and nationalities) into the outskirts of Ica.

The first winery wasn’t really quite what I had expected – a plot of land covered in clay pots , dusty floors and the smell of alcohol thick yet fragrant in the air.

And the tour itself didn’t really pick it up either! Both myself and Megan wondered what we had let ourselves in for!

Still the whole thing perked up alot at the end of the mini tour when we got to sample a heap of Pisco – the spirit that the Peruvian drinking culture is built on!

We had everything from the sweet and aromatic vino tinto through to neat Pisco itself – it’s an interesting spirit in different forms. The creamy pisco and fig mix slid down and was pretty lush, yet the unflavoured, neat cocktail base was something that had Megan cringing in her seat and the rest of the group subsequently chuckling at!

The next stop on our 3 hour tour was rather odd. It was actual a ceremonial base for witchcraft. I still have no idea why it was slotted into the trip – but it turned out to be pretty interesting. 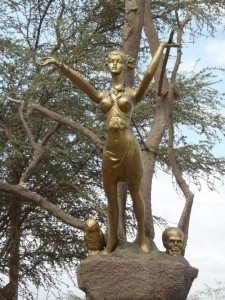 Witches practicing African Voodoo has salted the earth around a palm tree – causing it to grow horitzontally in a way that can only really be described as snake like. It has split into 6 trees from the same root. According to our guide the witches stated that if it was to grow a 7th “head” it would symbolize the demise of Ica itself.

Another part of the site contained a golden statue. We were informed that a mother brought her child to the white witches as he was mute. The witch healed him and fortold that her would become and important person in the community. Years later he became one of the governors of Ica and subsequently had the monument built as a tribute to the witch that had cured him.

Magic and voodoo behind us we headed on the second winery tour. This one proved rather more like what I had envisioned when signing up for the trip. Nestled next to a vineyard where vines criss crossed across wooden fencing was the winery itself.

Our tour guide this time round spoke heaps better English and talked up through the entire process – from the ceremonial stamping of the grapes after harvest through to the wood fire separation process and the fermenting stage.

And of course after learning so much about how it’s made and how different processes create different flavours and strengths it was only right for us to sit down for tasting number two!

Much like the first we were served shots of various types. Again the vino tinto went down a treat but the entire group were posed this time around for Megans reactions on the neat Pisco.

She took it like a trooper though – sculling each shot back much to the amusement of everyone including the guide!

…and even though she’ll probably send me some Facebook abuse I’ll share them with you lot too!

Overall the tour was worth the 30soles (approx £8) we paid and it included the tasting. There was of course also the option to purchase a few bottles of Pisco to take away after mastering what you did and didn’t like!

I’d definitely recommend it you have a spare day and want to try something different – however I can’t say it would live up to the expectations of wine buffs or winery tour veterans.

As for the Pisco – I can say I’ll probably be sculling a few pisco sours throughout the rest of my trip!