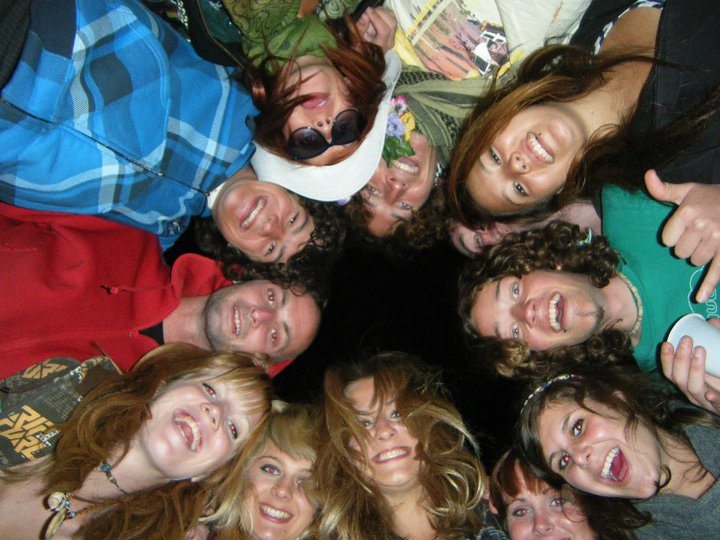 So far in our gap year planning feature we’ve covered a whole heap of topics – from where to head to what to pack.

But there’s one majorly fundamental question which we’ve yet to ask. A question which can shape the entirety of your journey – who do you travel with?!

To be blunt there’s two main answers to this question. You either travel alone of travel with a companion/companions.

Neither way is incorrect. But both sides of the argument have a distinct set of upsides and downsides.

Travel on your own has the major advantage of the fact you only look out for yourself.

It’s simple – you go where you want, when you want and don’t have to consider anyone else in the process.

Don’t like where you are or the people around you? You just pack up and leave.

Running low on money? Just knuckle down and head where the work is.

And to be honest that’s one of the great things about traveling – for many it’s the first real sense of freedom and independence, and what better way to test your skills in the real world than heading out solo?

Being alone also means you have no one to wait around for – there’s no need to coordinate saving plans, leaving deadlines and other such things, you call all the shots.

But on the flipside whats the joy of traveling without having someone to share it with? There’s one thing trekking up a mountain to catch the first glimpses of the morning light, but it’s even more special if you have someone to chat with about it – someone to recollect things with.

And that’s the main upside to traveling with people – you can spend the days wandering beaches with in your own little bubble, bouncing ideas off each other…a melting pot of travel possibilities. It also mean you never find yourself alone. You have your own little support network to get you through any tough times and you always have some good banter.

There’s some financial gain to be had in traveling in a group too. Splitting fuel bills, food cost…it can all mount up, leaving you more money to do the things you really set out to do.

Traveling as a couple is probably the most controversial of all the options. As with group travel it’s a true test of how compatible you are and how well you know each other.

Travel is a very intense process. You literally live out of each other pockets and it will soon become apparent if it’s going to work or not.

And when it doesn’t work it can go horribly wrong! There’s been a few times at work where we’ve seen relationships go rapidly down hill and before you know it you have two seemingly in love people who hate each other to the core…and worse still they have 4 months of stuff planned together and are paying to avoid each other on flights!

But when it goes right travel can really make a relationship. If you can survive penniless says with only each other for company you’re pretty set for anything!

I’m lucky in the fact that over the course of my year in Australia I experienced every single one of these scenarios.

I must admit though that I was very stubborn and kind of did what I wanted throughout! Personally I’d only travel with close friends (such as those form uni who I’ve already had a crash course in loving with!) and my brother…and the girlfriend too of course!

Overall though it entirely depends on your personality. Many long term travelers find going solo is the way forward as it’s the most flexible and secure way of getting around – and if anything goes wrong it’s your own fault.

Traveling as a group is great if your worried about meeting people or haven’t really seen the world much. It can work well as long as you trust each other and know what you’re getting yourself in for.

Being in a couple is probably the toughest. But at the same time it can also be the most rewarding. All I’ll say on that matter is it emphasizes everything. If things aren’t going well they’ll get horribly worse, if alls good it’ll go swimmingly. Please don’t use travel as a way to patch things up – it won’t happen!

Just make sure you weigh up the pros and cons before you commit – the decision will have a massive affect on your experience as a traveler and can easily make or break it.