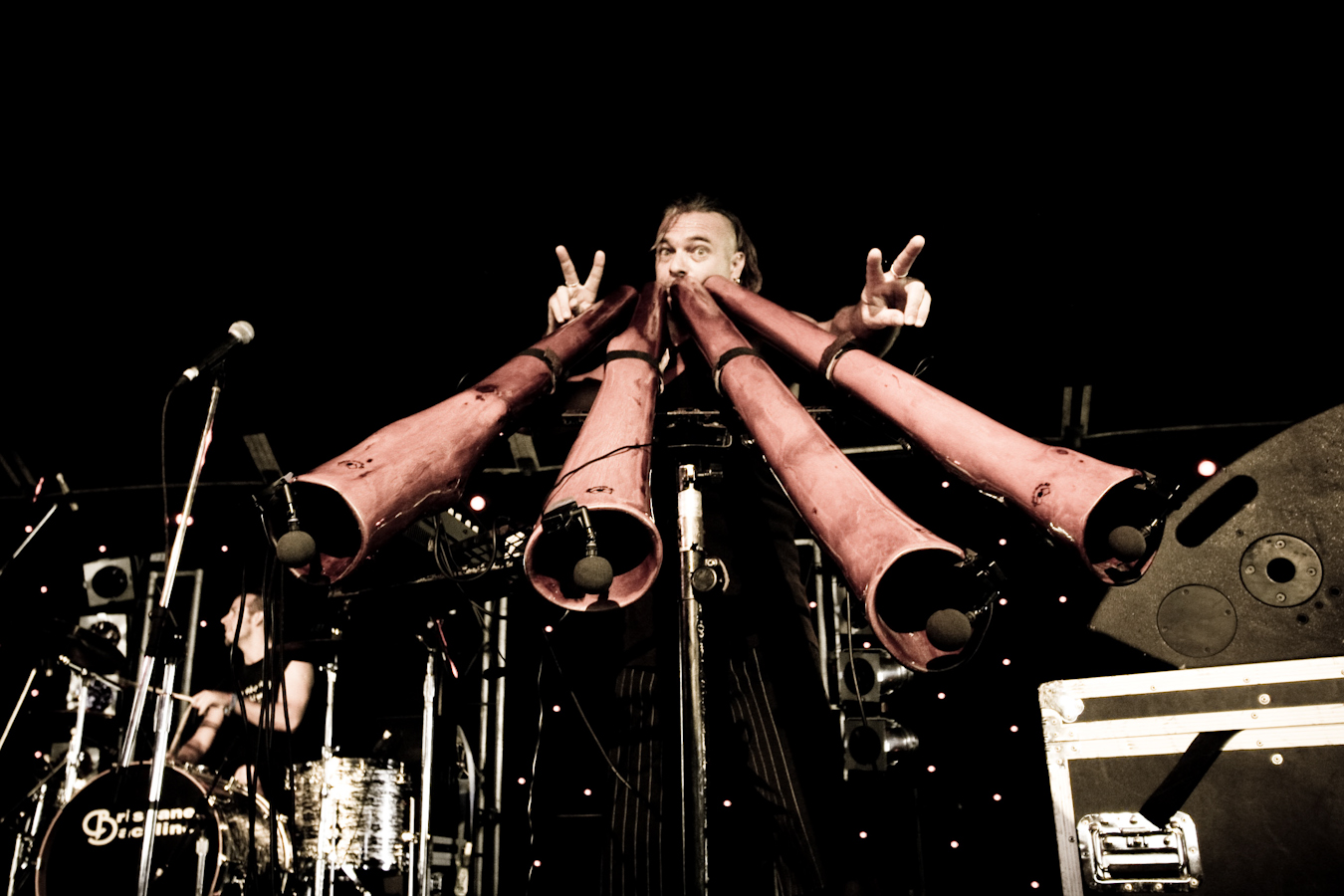 So the final day of Bluefest came around pretty fast. After 5 days of laid back tuneage, new discoveries and general enjoyment the final day was going to be pretty easy shooting wise as there wasn’t much on the bill that I hadn’t already seen or wanted to shoot.

So the opening set of my day was late afternoon. I headed to the pit of the Mojo stage and was rather shocked at how packed the tent was.

The act all these festivals goers ahd come to witness was Angus and Julia Stone – a brother and sister act who have gained phenoenal success over recent months, and I knew it…the screams of teenage girls rang heavy in my ears as  shaby haired Angus walked on stage, followed by his incredibly beautiful sister.

Julia was first to play, her voice carrying over the crowd and the simple and calking melodies generated sing alongs and swaying.

Then Angus took to the mic, a quite soul with his softly sung verses with had everyone in a semi dream like state.

Unfortunately the pair cut their set short…majorly short…like 30mins, which was a bit strange, and certainly a disappointment for their fans.

A nice mellow start to my final day.

But the mellow vibe was soon to be shattered into a thousand tiny pieces as the might of Gogol Bordello followed Angus and Julia.

As the pace picked up and the tunes pumped through the amps I noticed rather alot of bemused faces from people who were obvious caught in the crowd by accident post Angus and Julia!

After shooting the first 3 songs I took to the crowd myself, a bit of a dance and some amusing people watching at the still slightly off guard faces amongst the crowd – it was a beautiful juxtaposition from the usual Bluesfest main stage!

My finale to Bluesfest was another revist from Mr Faulkner. He made a point of mixing up his set from his previous appearance and took full advantage of his longer set time. His amusing on stage banter certainly sets the tone for his prescence and gets the crowd well on side.

So there you have it – Bluesfest 2010, the 21st anniversary of one of Oz’s biggest festivals – a 5 day 85,000 person capacity affair jam packed full of blues, folk and mellow tunes with an occasional side order of madness.

It’s not quite the UK festival scene, but if your down under and need a fix of mud, crowds and music then its definitely worth considering.

The major downside is the price though. If I hadn’t been granted a media pass (which I’m incredibly grateful for) it would’ve set me back over $400 plus nearly an extra $200 for camping – although there are cheaper options of day passes (around $150) and 3 day pass too.

Not the best value for money when you consider the might of Glastonbury including full camping is only £185 with headliners such as Muse, Stevie Wonder and U2!

If next years lineup is on the same track I’d be tempted again though.

I’m working on another blog for the Aussie festival scene (as it’s pretty hard to track down any material online!) so keep your eyes peeled for that.

Now for a few days of rest and lie ins me thinks… :)