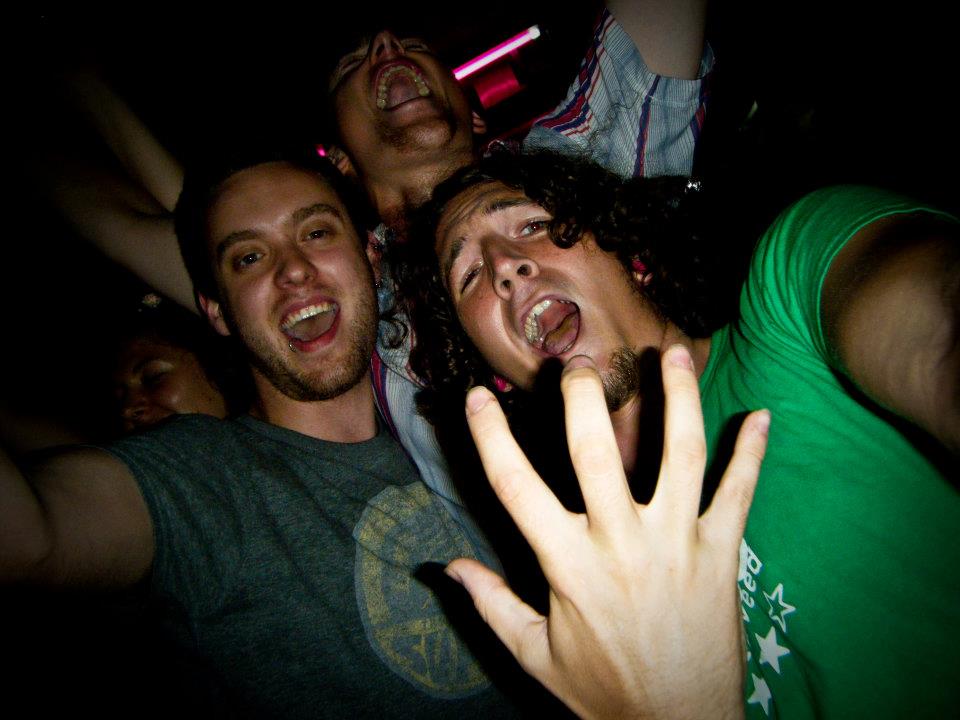 You’ll find that when you travel your plans constantly change – if they don’t your either epically organised, scared to take a risk or simply not chatting to your fellow travellers enough.

There’s only so much a guide book or google search can tell you – the best people to find out where the best hidden places to visit are or where’s the current hot spot for partying are backpackers who have literally just visited.

Now when I’m at home planning things bloggers are my first point of call – but on the road I do my best to find people who’ve come from where I’m heading and pick their brains.

In this case that backpacker was Anna. After meeting on Koh Tao me and Nic picked her brains when we met up with her in Bangkok.

After spending the last 3 months exploring Asia Nic was keen to get some recommendation on the best spots to visit in Laos and Anna was only too happy to help out.

She also gave us the rundown on where to party in Chiang Mai too (which was our next stop) so on our arrival we loaded our wallets and headed out on the ACMPC – or Anna Chiang Mai Pub Crawl!

Not The Best Start

Having only been in CM for a few hours we weren’t too hot on the local landmarks and layout of the city – so me and Nic spent a long time wandering around, nipping in and out of bars, grabbing food at the night market and wandering down some rather seedy alley ways, but it was Nics birthday so this couldn’t turn into a quiet night!

Eventually our need to party over rode our desire not to get ripped off by tuk tuk drivers and after bumping into an Irish couple who looked equally lost and equally keen to get their drink on we jumped in a tuk tuk and bartered to a reasonable amount for a location we had no idea about!

The above sub title is a reference to Anchorman – if you don’t get it just ignore it!

Our first spot was the Northgate Jazz Co-Op. And upon rolling up we realised it was definately a good shout.

The air was filled with live jazz and the bar venue was open onto the street. We pulled up a pew and were even more stoked with the place when we looked at the drink prices!

We drank, soaked up the atmosphere and enjoyed some brilliant live music (the Northgate hosts 2 bands per night). The crowd was a pretty even split between backpackers and Thais – for me there is no better seal of approval than a good local crowd.

The place is a perfect way to start the night – cheap drinks, got vibes and a sound level that allows you to appreciate the music and have a good chat at the same time – think bohemian pub!

However it wasn’t meant to be!

We spent ages chatting to people and even tuk tuk drivers about the location of this place – but unfortunately never managed to pin down exactly where it was. A bit of google searching back at home has pointed me towards Charoen Prathet Road – so if you’re heading Chiang Mai way let me know if you make it!

In our general confusion and broken Thai-English conversation we accidentally stumbled upon the where our already intoxicated night would up it’s pace and peak – Roots Rock Reggae Bar.

The place was already attracting a good crowd and after sculling some rather potent Thai Redbull we were all buzzing and ready to up gears a little.

…RRR served probably the most potent bucket I tried outside of the Full Moon Party – we watched the guy pour a hefty glass of Sang Som in and we knew where the night was going from there!

While sculling buckets and beers the live band took the stage and we were treated to yet more amazing talent! A massive mix of reggae, rock and ska covers got everyone in the mood for some dancing – but it was the Cat Empire Cover that kicked us into action.

Fuelled by all manner of liquor me and Nic busted some shapes and were that amped up the band played 2 more covers for us!

The night descended into yet more chaos with the doorman buying Nic some birthday Tequila shots and drunken wanders were the order of the day.

To be honest alot of the night (like most in Thailand) turned into a hazy blur – but the camera shows me that we went for the obligatory drunken burger and were uncomfortably close to getting tatooed!

If you’re heading out in Chiang Mai why not check out the other venues that we came across during our time there;

Number 1 Bar – not a ‘girlie bar’ as such but it’s packed out with some entertaining characters!