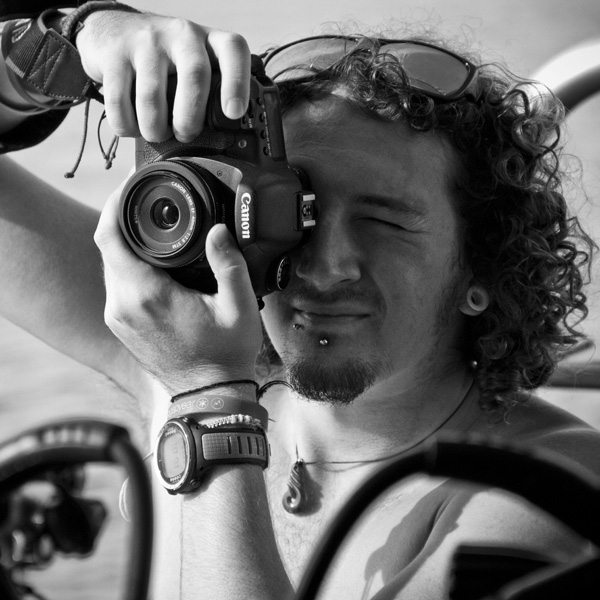 To say 2013 was an eventful year in my backpacking lifestyle is a bit of an understatement. I’ve covered 12 countries spanning 4 continents – from the heat of the desert to the chill of glaciers, falling from the sky to exploring 30m under the ocean…its been varied, fun and packed full of travel goodness!

So here’s my yearly round up – month by month – of where I’ve been, what I’ve been up to and 12 pictures that sum up another year on the road.

I rang in 2013 in Taghazout, Morocco at the Surf Berbere Surf Camp. It was a pretty amazing rooftop party and we all washed away our hangovers with the first surf of the year. They say how you spend new year is how you spend the rest of it – for me that was surfing, partying and in the warmth surrounded by friendly strangers…and yup that’s how 2013 panned out too!

Although I was still based in Morocco Feb was broken up with some welcome visitors. Most notably my little bro, our surf buddy Cribby and one of my best friends Kyle. I hadn’t seen any of them for nearly a year (Kyle even more so) and it was great to catch up, see some familiar faces and hit the waves with them all, not to mention share a few cold beers on our ocean view terrace!

With my funds topped up and my surf coaching contract finished it was time to hit the backpacking bubble again and after a chaotic trip across 7 days I finally made it to New Zealand. I was meant to be there since August 2012 so my parents had bought a flight to come visit me…in the end it was me flying to them! They’d hired a campervan and I met them on the south island to begin our road trip together, starting off in Christchurch before heading down to Queenstown and beyond.

Most of the month was spent with my parents touring around the south island where we did everything from swim with wild dolphins to glacier hiking on Franz Josef – I even convinced my dad to come skydiving with me in Queenstown! It was an amazing road trip and I’m stoked to have shared it with them. After parting ways I headed to the north to catch up with a buddy from home in Wellington and then headed off for some epic surfing fun in Raglan where I finished my time in New Zealand before bouncing back to one of my all time favourite destinations…Australia

May was the month of roadtripping! First off I hit up Sydney to Byron with a backpacking buddy from 2009, then Scotty from VIP Backpackers invited me along for a trip up the east coast to Cairns – something I really couldn’t turn down!

Then I bumped into another old backpacking buddy from 2010 in Sydney during the Vivid Sydney Festival and we teamed up with some of my NZ hostel buddies to head back up to Byron via Yamba, which was a surprise highlight!

For the most part June was spent in Byron Bay – my backpacking home away from home. I celebrated my birthday with an ice cold beer and a surf…as I spent most days in The Bay! I met some amazing people and it solidified Byrons place in my backpacking highlights – especially when I finally got around to diving with sharks at Julian rocks…which has been on my scuba diving bucket list for years.

After meeting up with 2 of my surf students from Morocco and one of their siblings July was spent exploring the waves of Bali, enjoying the extreme backpacker budget friendly town of Kuta, the rice terraces of Ubud and diving over on the Gili Islands.

It was a surf all day, party all night kind of affair – exactly how I like my travels! Parting ways me and the bro heading back to mainland Asia to begin 3 weeks of overland travel from Singapore to Bangkok.

Spanning the Perhentian Islands (where we were joined by Sam from Totally Sams World), Phi Phi, Koh Tao and Bangkok my final backpacking trip with my little bro before he flew to Australia was nothing short of epic. We bumped into Oceana from A Barefoot Beach Blonde for a stint of island chaos before heading to the big smoke of Bangkok where I finally got to see the girl after 5 months apart and we headed onward to Cambodia – my favourite place in Asia.

I think out of all of this year September was my favourite month (although April was pretty epic too!). I spent it exploring with the girl, playing with elephants in Cambodia , enjoying island life, scuba diving and learning to free dive. Not only that but I surprised her at the boarding gate and jumped on her plane back to Switzerland, which was a bit of a shock to the system after the heat and chaos of Asia!

October was the month of hardcore networking and working for me – after I managed to surprised all my family by turning up at home after 18 months on the road! Priceless! I shared waves with my surf buddies in north devon, hit up the chaos of TBEX blogging conference and then knuckled down for some blogging business.  Tt was good to have home cooked meals and my old bed for a bit and to catch up with everyone from home, it did however realise that my life is now firmly routed to the road.

After a month sitting still I was itching to bounce to warmer climates – although it had to wait until I paid a quick trip to Switzerland followed by some more networking at the World Travel Market in London.

With all that done and dusted it was back to Asia (or more precisely Thailand) to team up with Khao Lak Scuba Adventures and do some diving in the Similans with my blogging buddy Stephen from A Backpackers Tale. Needless to say it was good to be back in the sun and living the life by the ocean again! Oh and getting my latest bamboo tattoo of course!

With the year drawing to a scarily quick close I bounced back to Indonesia with Stephen to finish off 2013 how it all started – in the sun, with waves on my doorstep and living the backpacker dream. I also took a break from surfing to head back to Gili T island where I indulged in my other passion of freediving and  completed my SSI Level 2, an amazing challenge to finish the year on!

It’s been a heaps busy year but I’m stoked with how it panned out – I hope you enjoy reading about it all as much as I enjoyed writing about it!

I’m busy tallying up the numbers and the kms but later this month I’ll also be putting together my yearly budget round up – spilling the stats on how far I’ve travelled and most importantly how much it has all cost me…as I’ve had a number of emails asking me to do so!

But in the meantime heres to 2013 – a memorable year full of amazing people, places and experiences!

How was your 2013? What was everyones highlight? 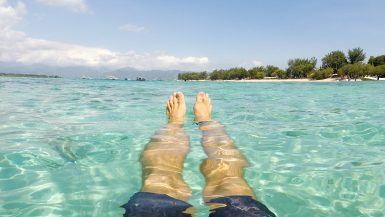 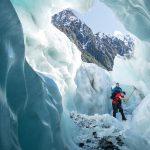 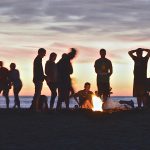 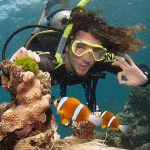 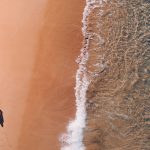